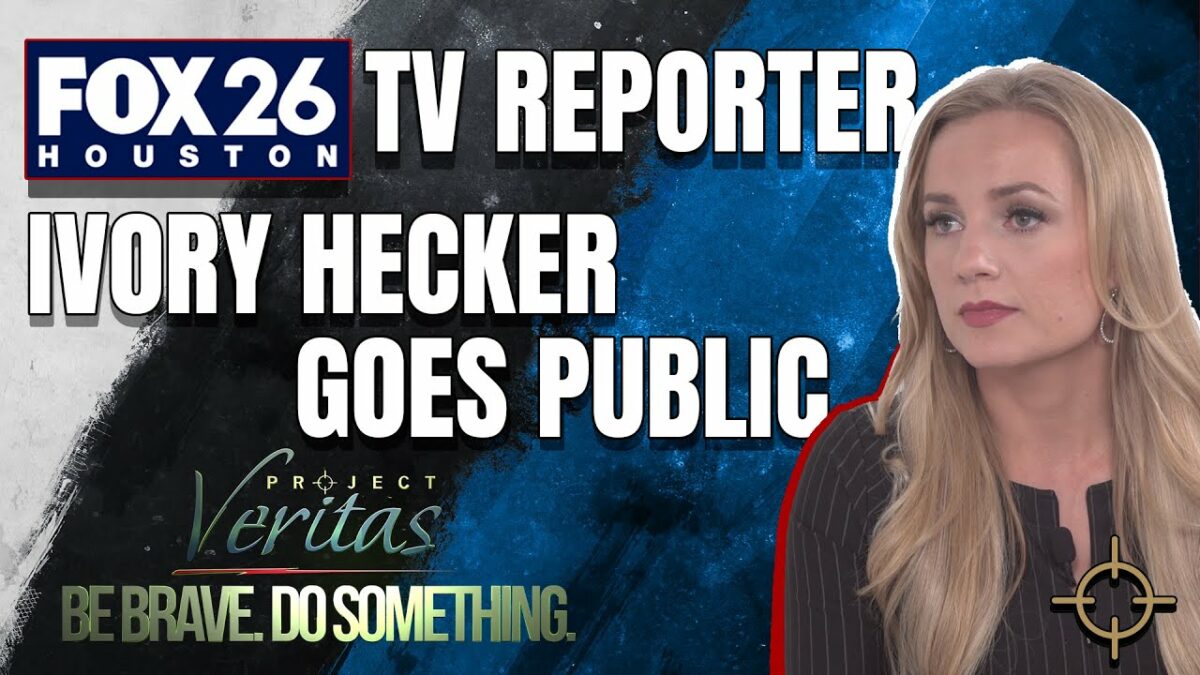 The following article, Another Local Reporter Stops Mid-Broadcast to Inform Station She Is Taking Them Down, was first published on Flag And Cross.

Happy Father’s Day, everyone at WWJ-TV! You’re going to be featured on a Project Veritas report! Now, onto the weather.

That, at least, was the message from April Moss, a meteorologist at the Detroit CBS affiliate, who became the second reporter in recent weeks to announce on air that she was working with the investigative journalistic outfit to expose what she said was censorship at a local news outlet.

“Today we saw temperatures above normal again topping out at 85 degrees at Metro Airport,” Moss said during the Sunday forecast.

“Plenty of sunshine today, but all good things must come to an end, and that starts as early as tomorrow morning with showers moving in around 8 a.m.”

Then: “And speaking of a brand-new week, I will be sitting down this week with Project Veritas to discuss the discrimination that CBS is enforcing upon its employees.

“Tune into Project Veritas for my full story.”

“I will be sitting down this week with Project Veritas…”#CBS62Whistleblower pic.twitter.com/4roVL9KNXS

“Now, later Monday, we will see those showers continuing through late morning,” Moss said, presumably with a control room busy spilling coffee over each other.

Moss’ on-air announcement that she was working with Project Veritas mirrors that of Ivory Hecker, the KRIV-TV reporter in Houston who announced last week she’d been working with James O’Keefe’s journalistic outfit.

“Fox Corp. has been muzzling me to keep certain information from you, the viewers, and from what I am gathering, I am not the only reporter subjected to this,” Hecker said on June 14.

“I am going to be releasing some recordings about what goes on behind the scenes at Fox because it applies to you the viewers.

“I found a nonprofit journalism group called Project Veritas. It’s going to help put that out tomorrow,” she continued.

Much of the censorship Hecker described had to do with the controversial drug hydroxychloroquine, an anti-malarial agent that some felt showed promise against COVID-19. Others, however, pointed to negative studies — and, perhaps just as importantly as far as they were concerned, the fact that then-President Donald Trump was a big backer of the medication.

Two turning points Hecker described involved an interview she got with Dr. Joseph Varon, the chief of critical care at United Memorial Medical Center in Houston, and a post she made on social media.

In the case of her interview with Varon, he gave a positive response to a question she gave about the drug.

“You know, that’s a great question,” Varon said when asked about it.

“And the answer is yes, we have used it. I mean, we know that it’s a drug that has been politicized up to the wazoo. We’ve used it. We use it with good success.”

Then she made a social media post regarding the censorship around the controversial pro-hydroxychloroquine physician Dr. Stella Immanuel — whose group, America’s Frontline Doctors, found itself booted from roughly every platform short of Friendster after hosting a news conference in Washington, D.C., to urge widespread adoption of the drug.

Agree or disagree with the group or the effectiveness of hydroxychloroquine — Hecker told Project Veritas she had “never, to this day, advocated for that drug” — she said the very mention of the medicine and the censorship around it threw her superiors at KRIV into a tizzy.

Susan Schiller, the vice president and news director at KRIV, was recorded telling Hecker she “need[ed] to cease and desist posting about hydroxychloroquine.”

“In my opinion you’ve failed, as a reporter, to not know more if you were going to post about hydroxychloroquine, that you didn’t look it up, and look at the latest post, the latest research about it,” Schiller said.

Other revelations included recordings of a sales rep from the station saying Centers for Disease Control and Protection ad dollars could theoretically change coverage about COVID-19 treatments and vaccines and a photographer from KRIV telling Project Veritas that the station’s producers cover vaccines because they’re “[a]bout 25 years old, they don’t pay ’em squat … They just regurgitate what they are fed. And so that’s how it ends up being that, it’s low-hanging fruit … ‘They’re doing vaccines across town? Well, let’s go get video of that.’”

If that’s what they managed to get from Hecker, get your popcorn ready. Happy Father’s Day indeed, WWJ-TV.

Continue reading: Another Local Reporter Stops Mid-Broadcast to Inform Station She Is Taking Them Down ...

Veritas=truth is mighty and will prevail. some college has that as a mantra. They do not know how to live up to that. Whereas Project Veritas does it all the time.

The NIH itself published a paper in March of _2020_ stating that hydroxychloroquine is effective against the SARS-CoV-2 virus that causes CoVID-19:
https://pubmed.ncbi.nlm.nih.gov/32194981/