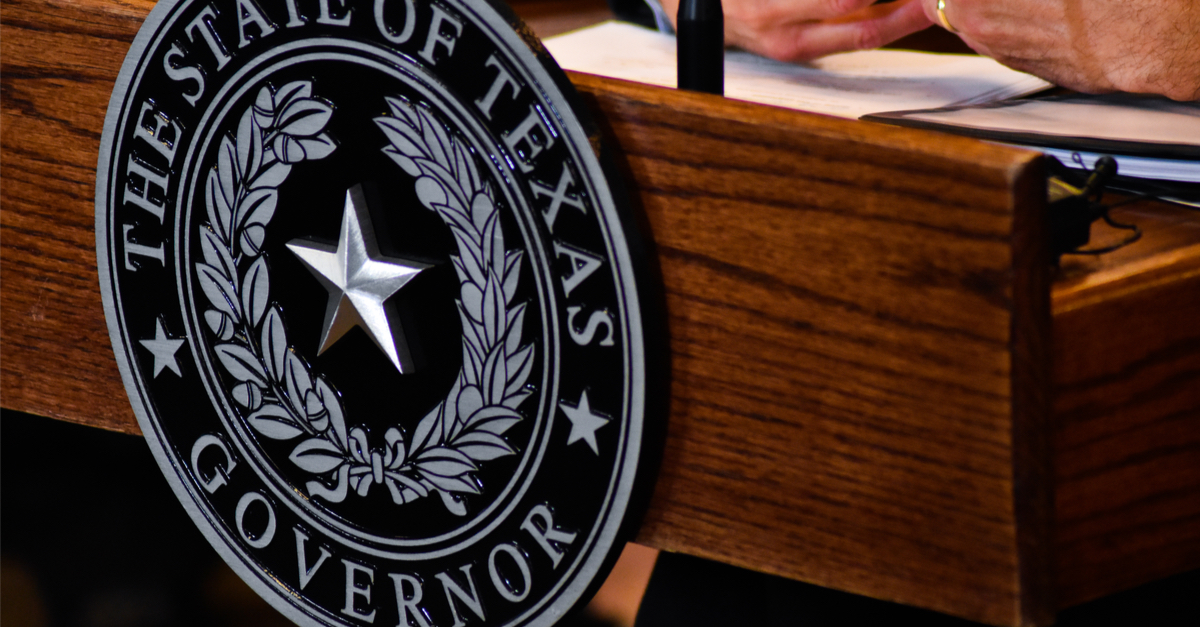 The following article, Abbott Strikes Back, Vetoes Legislative Funding After Dems’ ‘Walkout’ Stunt, was first published on Flag And Cross.

For some it’s just a slogan on a bumper sticker, but for Lone Star State Governor Greg Abbott, “don’t mess with Texas” is a mantra.  An oath.  A creed.

The Texas lawmaker this week took his state’s Democrats to task after the party pulled a sensational “walkout” stunt weeks ago that was meant to derail a piece of Republican legislation.

The Republican governor had threatened the veto after a walkout by House Democrats in the final hours of the regular legislative session. The walkout denied a House quorum to vote on controversial voting restrictions that Abbott had prioritized.

Abbott didn’t mince his words, either.

“Texans don’t run from a legislative fight, and they don’t walk away from unfinished business,” Abbott said in Friday’s veto message. “Funding should not be provided for those who quit their job early, leaving their state with unfinished business and exposing taxpayers to higher costs for an additional legislative session.”

The backlash to the move was swift and predictable, with Democrats lashing out almost immediately.

Rep. Chris Turner, the Grand Prairie Democrat who chairs the House Democratic Caucus, engineered the walkout. In a statement Friday, he called Abbott’s veto “tyrannical” and the latest indication the Republican governor “is out of control.” The caucus is considering all of its options, Turner said, “including immediate legal options.”

“Let’s be clear,” he said. “Vetoing the legislative branch will cause direct harm to Texans. Members of the Legislature provide vital services in our districts — helping single parents receive child support payments, assisting a family with healthcare enrollment for their children or resolving a driver license issue. Our constituent services are the lifeblood of our public service, something Abbott should try learning about. By placing a termination date on the employment of all legislative staff, the governor is cutting off services to millions of Texans.”

Abbott appears unwilling to flinch, however, so this fight could go on for some time still.