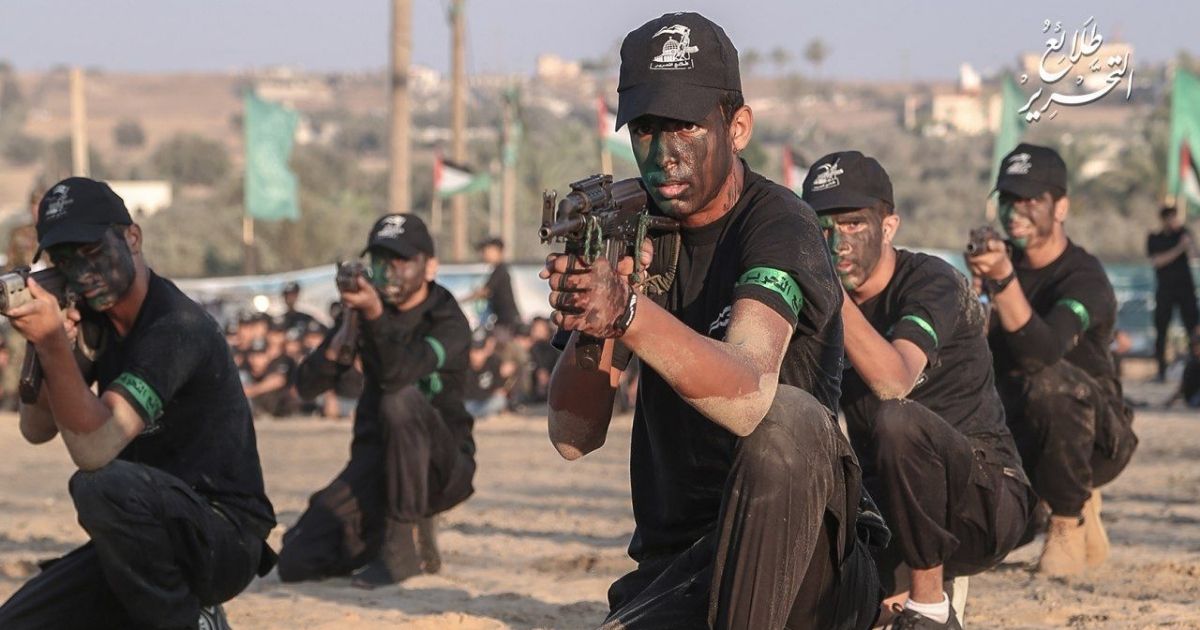 The following article, Hamas Breeding New Generation of Anti-Israel Hate at Terror Summer Camps for Kids, was first published on Flag And Cross.

Palestinian militant group Hamas announced Thursday that it had a large number of children signing up for its annual summer camp where youths are trained in militancy.

The annual summer camps called “Talayiea Al Tahrir” or “Vanguards of Liberation” seek to “ignite the flame of jihad in the generation of liberation, sow Islamic values ​​and prepare the expected victory army for the liberation of Palestine, Allah willing,” according to a Thursday news release from Hamas’ armed wing, the Izz ad-Din al-Qassam Brigades.

Hamas is a Palestinian Sunni Islamist and nationalist militant group ruling Gaza with a noteworthy presence in Judea and Samaria (also known as the West Bank).

During the recent Israel-Gaza conflict, Hamas was one of the many Palestinian armed factions that fought Israel, firing massive barrages of rockets toward Israeli cities, leading to the death and injury of several Israelis.

The United States, Israel and the European Union consider Hamas to be a terrorist group. The group often incites violence against Israelis through means such as but not limited to directly calling for Palestinians to clash with Israeli authorities, posting how-to videos about conducting terror attacks and releasing terror cartoons.

The al-Qassam Brigades announced the opening of registration for this year’s “Vanguards of Liberation” summer camp on Sunday, the Foundation for Defense of Democracies’ Long War Journal reported. The group was seeking “preparatory to university-aged males” to enlist at sign-up locations in various parts of the Gaza Strip.

The al-Qassam Brigades had registration sites set up near mosques and in public areas, enlisting children “between the afternoon and sunset prayers,” according to the news release.

On Thursday, the Brigades claimed they had “a huge turnout for registration” for the camps in multiple areas of the Gaza Strip on their official Telegram channel.

A promotional video Hamas published on the camp’s official Telegram channel shows some of the activities that Hamas will make children take part in.

The promotional video, media releases from the camp in 2019 and reporting from the Long War Journal, Insider and The Times of Israel all suggest that in the camps, Hamas trains children in developing their physique through marches and exercises, in passing through obstacles such as barbed wires and fire hoops, in climbing and in handling firearms, among other things.

Hamas has been organizing such camps annually, according to the Long War Journal.

The al-Qassam Brigades say they started their first annual camp in 2015 in the news release, renewing it every year since. However, the camp’s official Telegram channel shows no media releases from 2020 suggesting that the group did not hold its annual summer camp then due to the coronavirus pandemic, marking a break in what was a yearly occurrence.

Israel, however, considers the camps to be an “annual operation” to teach “thousands of children in the Gaza Strip how to carry out acts of terror against civilians while engraining them with hatred.”

The Hamas terror organization began its annual operation of a summer program that teaches thousands of children in the #Gaza Strip how to carry out acts of terror against civilians while engraining them with hatred. Imagine what they could be learning instead. pic.twitter.com/UGTytc9VDD

Hamas is not the only U.S.- and Israel-designated terror group conducting such summer camps for children. The Palestine Islamic Jihad and Hezbollah hold similar camps, the Long War Journal reported.

According to Long War Journal, Palestinian militant groups’ dealings with minors in Gaza are not limited to the summer camps. The outlet reported that “evidence occasionally surfaces strongly suggesting” that they also recruit minors.

“Until Gaza’s militant groups believe it’s not in their interest to recruit minors into their military wing, it’s highly likely this form of child exploitation will continue indefinitely,” FDD analyst Joe Truzman wrote in his report.

The 2021 camp comes as last month a New York magazine report suggested that due to damage caused by the war with Israel, COVID-19 might be the “next disaster to strike Gaza.”

If the magazine’s suggestions hold true and a significant number of people in Gaza are not vaccinated by then, the children participating in the camps might be at risk of infection.