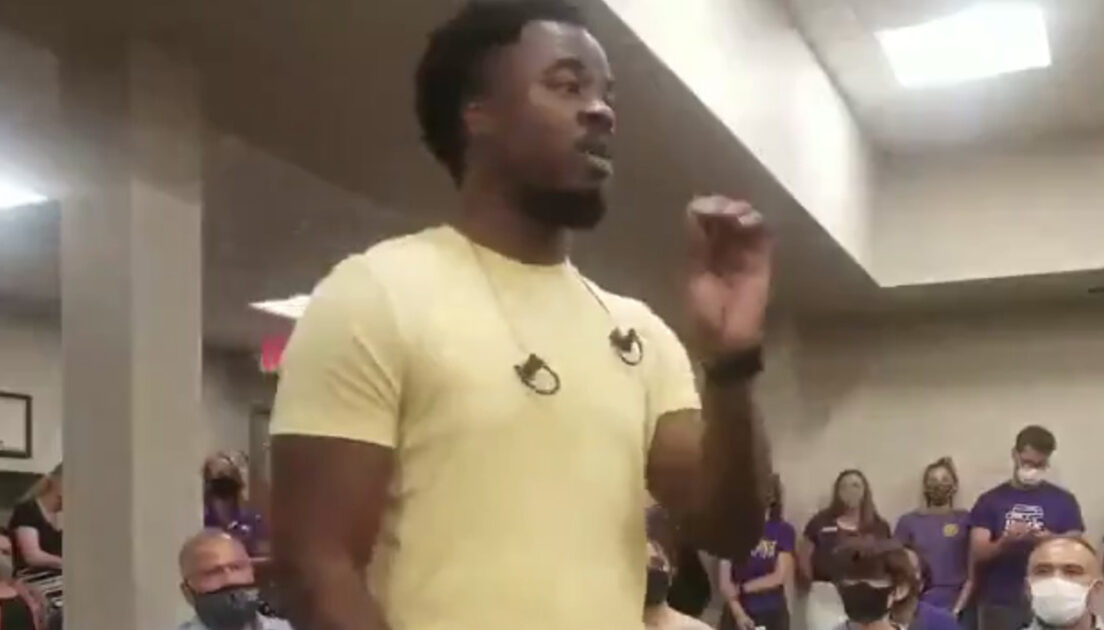 The following article, Black Father Slams Illinois Schools for ‘Teachings Kids How to Hate Each Other’ with Critical Race Theory, was first published on Flag And Cross.

Ty Smith, a black father with kids in the Bloomington, Illinois, school system, slammed the school board for “teaching kids how to hate each other” with the outrage that is leftist Critical Race Theory.

In a speech that has cone viral, Smith excoriated the district for teaching hate and demanded that CRT be removed from the school’s curriculum.

“You talk about Critical Race Theory, which is pretty much going to be teaching kids how to hate each other, how to dislike each other,” Smith said in the video. “You’re going to deliberately teach kids, ‘This white kid right here got it better than you because he’s white’? You’re going to purposely tell a white kid, ‘Oh, the black people are all down and oppressed’? How do I have two medical degrees if I’m sitting here oppressed?”

“No mom, no dad in the house,” Smithe continued. “Worked my way through college, sat there and hustled my butt off to get through college. You gonna tell me somebody that looked like all y’all white folks kept me from doing that? Are you serious? Not one white person ever came to me and said, ‘Well, son, you know you’ll never be able to get anywhere because the black people.”

Smith railed against the lie that black people in America cannot achieve great things because whites keep them down.

“Well, how did I get where I am right now if some white person kept me down?” he said refuting CRT.

“How do I have two medical degrees if I’m sitting here oppressed?” pic.twitter.com/gmCRJaphXt

Smith later appeared on Fox News and said that hard work needs to be taught, not victimhood.

“I think people are scared to face the reality that in America you can probably do what you want to,” he said.

“Anybody that wants to have anything in their life that they really truly desire and want they won’t let anything hold them back,” Smith added. “Failure is not a bad thing. Failure is just saying that strategy didn’t work so let’s try from a different perspective and different angle. People don’t want that, though.”

He then blasted Critical Race Theory, saying, “To me it’s a whole bunch of nonsense, virtue signaling. Just trying to play off people’s emotion. The only race there is is the human race. I never raised my sons to see anybody’s color. Color was never discussed in my house at all.”

Continue reading: Black Father Slams Illinois Schools for ‘Teachings Kids How to Hate Each Other’ with Critical Race Theory ...