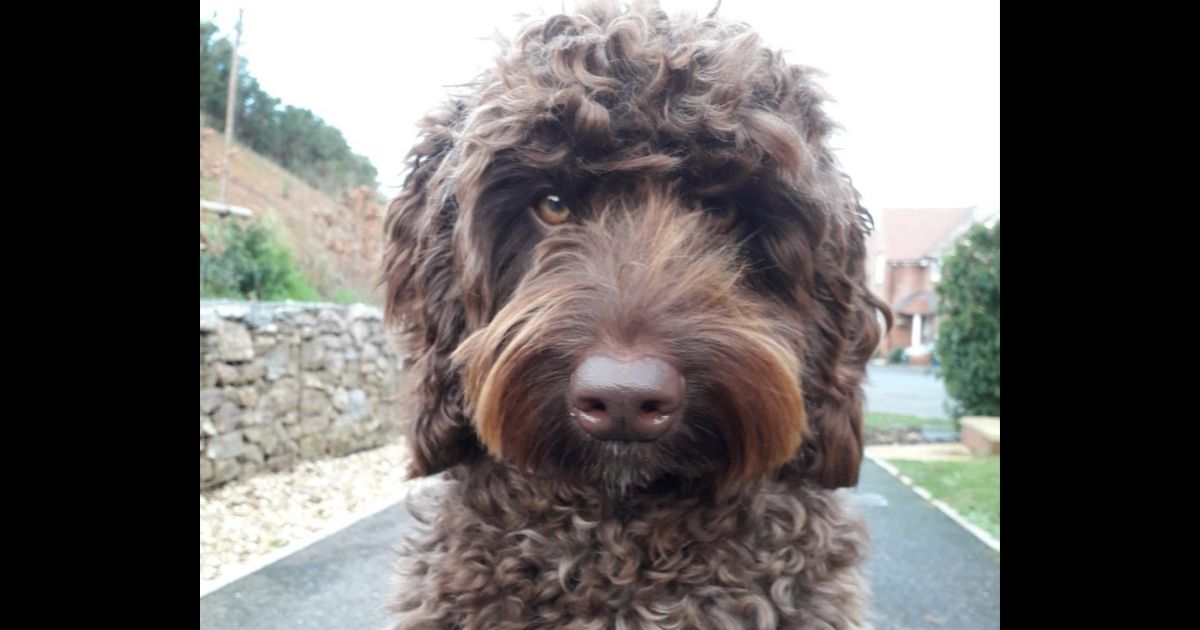 The following article, 'Amazing' Therapy Dog Saves Life of Woman Who Was on the Verge of Jumping Off Bridge, was first published on Flag And Cross.

Dogs have a knack for drawing people out of their shells. Whether they pose as good listeners for kids learning to read, friendly visitors at a hospital or simply quality companions for their owners, they’re magnets for other dog lovers.

That worked out particularly well last week for one therapy dog named Digby. Digby is a labradoodle from the Exeter area of England and he serves firefighters who are dealing with trauma.

But he was able to extend his services to the general public when, on Tuesday night, a woman found herself in a dark place.

The unnamed woman had been seen standing in a precarious position on a bridge over a highway.

First responders arrived to confirm that she was, indeed, contemplating taking her own life, according to BBC News.

This is Digby. Today he did something amazing and helped save a young woman who was thinking of taking her own life on a bridge over the M5 near Exeter (thread

“Police negotiators were speaking with the woman but the situation was becoming increasingly worrying,” the Devon and Somerset Fire and Rescue Service tweeted on Tuesday.

It was the fire department that had the idea to use Digby to walk the woman to a safer place. Once she was no longer so precariously perched, they brought him in, and the change was instant.

“One of the fire crews had the idea to bring along Digby, our ‘defusing’ dog,” the Twitter thread continued. “Digby helps crews who have been exposed to trauma during talking therapy ‘diffusing’ sessions.

“When Digby arrived, the young woman immediately swung her head round to look, and smiled. This got a conversation started about Digby and his role at the fire service,” the Twitter thread continued.

In an interview with BBC, Digby’s handler Matt Goodman explained that seeing Digby got the woman talking about her own experience with dogs, and led to success all around.

“She was asked if she would like to come and meet Digby if she came back over the railings, which we are pleased to say she did,” the tweets continued.

Thanks to the lovable pup’s presence, the woman was able to get professional help and chose life that night.

Since then, Digby’s story has been warming hearts on both sides of the pond.

The therapy dog helped a young woman who was thinking of taking her own life. On #BBCBreakfast handler Matt Goodman explains what happened

“This is Digby,” the DSFRS initially tweeted. “Today he did something amazing and helped save a young woman who was thinking of taking her own life on a bridge over the M5 near Exeter.”

Many have extended their thanks for the furry lifesaver, and apparently have tried to send Digby presents, but the DSFRS has requested that people interested in thanking Digby donate to other good causes.

Continue reading: 'Amazing' Therapy Dog Saves Life of Woman Who Was on the Verge of Jumping Off Bridge ...