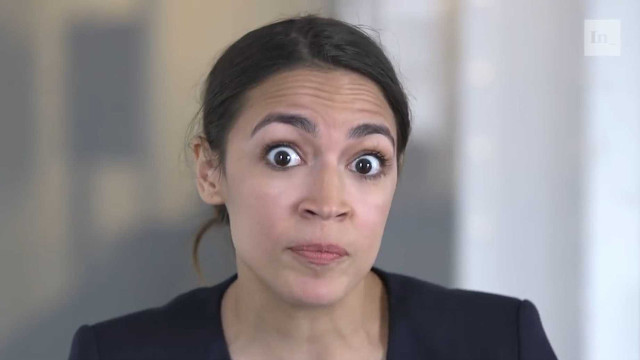 On the far left end of the Democratic Party, a sleeping giant is waking.

The progressive posses, led by “The Squad” in recent months, is looking to swiftly and sternly take control of the entire organization in the coming years.  They are sick and tired of moderates within the party, and they are sick of waiting for them to age out of the political ecosystem.

No, they’re going on the offensive now, and House Rep. Alexandria Ocasio-Cortez is on the front line, demanding that compromise be seen as a last resort when dealing with the Republican Party.

Ocasio-Cortez appeared alongside her fellow House colleague Rep. Seth Moulton, D-Mass., in a Thursday interview in which she was asked about her concerns about a potential bipartisan infrastructure deal with a smaller price tag than what has been proposed by her party and President Biden.

The New York congresswoman responded that bipartisan deals don’t fully serve communities that are already being underserved and that the deals serve corporate interests.

“Usually, I have to say representing the Bronx and Queens, when these bipartisan deals come together, they tend to underserve the communities that are already underserved,” Ocasio-Cortez said in the interview. “Places like the south Bronx, Baltimore, areas of Chicago, across the country.”

“Not only do those communities get left behind and cut out in these bipartisan deals, but corporate interests get centered in these deals, as well,” she continued.

Of course, with AOC, this could all be a designed and premeditated “controversy” meant to elicit clicks.