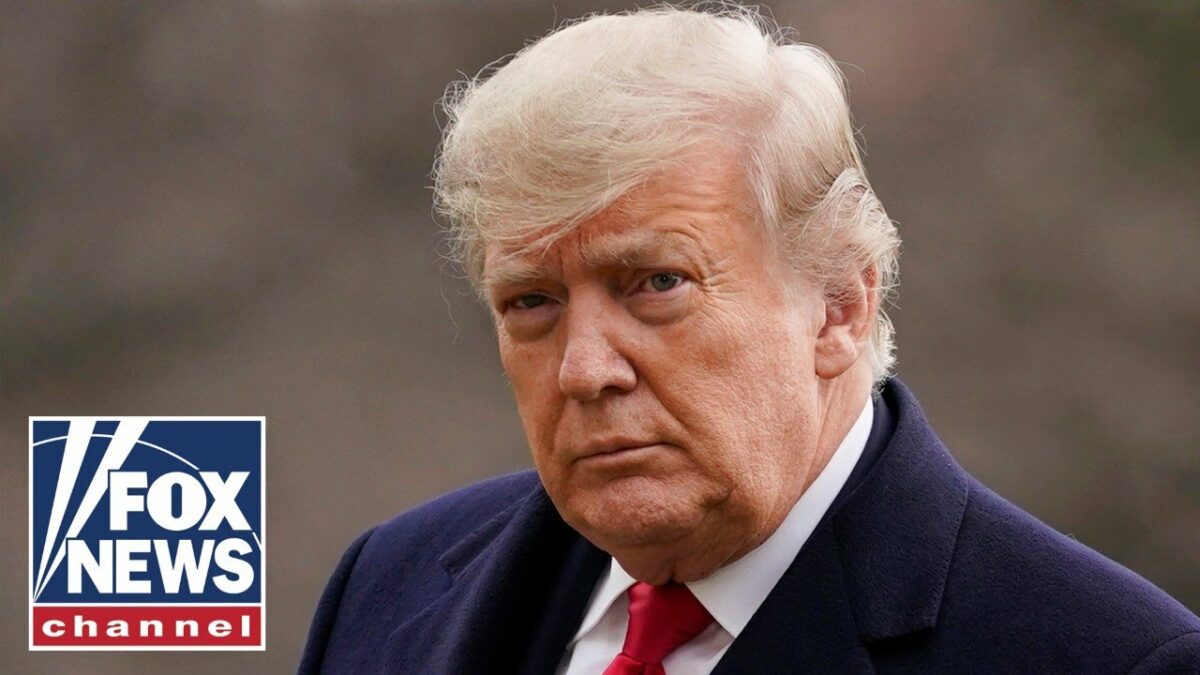 The following article, Trump Unleashes on Biden's Performance at Putin Meeting: 'A Good Day for Russia', was first published on Flag And Cross.

Biden met the Russian leader Wednesday in Geneva and, according to Trump, came away with nothing to show for the session.

“I think it was a good day for Russia. I don’t think we got anything out of it,” the former president said in an interview Thursday on Fox News’ “Hannity.”

“We gave a very big stage to Russia, and we got nothing. We gave up something that was unbelievably valuable. I stopped the pipeline, Nord Stream, and the pipeline was stopped, and it was given back and nothing was gotten for it,” he told host Sean Hannity.

Trump said the pipeline, which would supply Russian oil to Germany, illustrates how America was taken advantage of by the same European nations that cry for protection from Russia.

“I went to Germany and I said, ‘Listen, we protect you with NATO at a very low cost’ … we have 52,000 soldiers over there, which is like a major, major city, frankly. They make a fortune with us, and then they go and they pay Russia billions and billions of dollars for energy,” he said.

“So I said, ‘So let’s get this straight’ — to [German Chancellor] Angela [Merkel] — I said, ‘We protect you and the people that we protect you from, the country, you’re paying billions of dollars. How does that work?'”

Trump said his approach of getting tough with Russia was better than Biden spouting platitudes in Geneva while giving the Kremlin everything it wants with the pipeline deal.

“I think we had a great shot at having an unbelievable relationship with Russia,” the former president said. “It could have been fantastic. It could have been really beneficial to both countries. You know, they need economics and we need things that they have. They have very valuable land in terms of mineral rights and many other things, and a lot of good things could have happened.

“I had a very good relationship with Putin, but nobody treated him tougher.”

Trump said that the now-discredited claim that his campaign colluded with Russia impeded his ability to make major policy decisions with Russia.

“It was a phony deal created by [California Rep. Adam] Schiff and [2016 Democratic presidential nominee Hillary] Clinton and all of these people. It was a disgrace, an absolute disgrace that it should happen, and it really was dangerous and very bad for our country,” Trump said.

“By the way, now you are going to see very soon a big interest rate increase all of a sudden, which is, you know, that’s step one,” he said.

“I don’t know if you remember during the Carter administration where the prime rate went up to 21 percent. I was there. I was there. … And you couldn’t get anything — it was, the economy came to a halt.”

America’s woes will include an energy crisis, Trump predicted.

“We no longer will be energy independent — within a matter of weeks. They are closing down everything. What’s happening is not to be believed,” he said.

“We are being led very, very stupidly, and I said this during the debates and people didn’t listen,” the former president said.