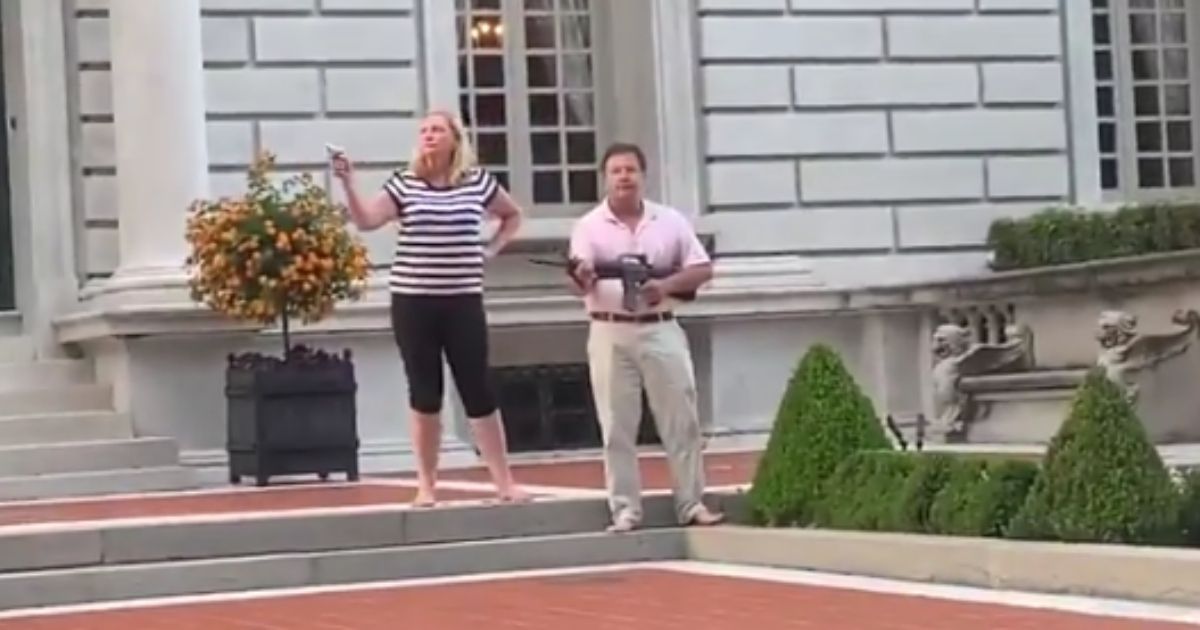 The following article, McCloskeys Plead Guilty, Come Out Swinging with Fiery Statement: 'By G** I Did It, And I'd Do It Again', was first published on Flag And Cross.

The two will have to pay $750 and $2,000 fines, respectively, but neither party will face any jail time.

As part of the deal, both McCloskeys also agreed to give up their weapons.

The couple asked that their rifles be donated for use in charity fundraisers, but the request was denied by Circuit Judge David Mason.

“This particular resolution of these two cases represents my best judgment of an appropriate and fair disposition for the parties involved as well as the public good,” Richard G. Callahan, the special prosecutor in the case, said in a statement.

This can certainly be seen as a win for the McCloskeys, given that they were charged with much lesser crimes when compared to their original indictment, which was two felony charges of unlawful use of a weapon and evidence tampering.

In defense of their actions at the time, the McCloskeys alleged that protesters had broken down the gate to their private street, trespassed on their property and even threatened to murder the couple.

Mark McCloskey said this ruling was a win for him and his wife.

Following the proceedings, he even said “this is a good day for the McCloskeys,” according to the Post-Dispatch.

“The prosecutor dropped every charge except for alleging that I purposely placed other people in imminent risk of physical injury, right, and I sure as heck did,” he said.

McCloskey may believe this ruling to be a win, but there are many who still believe these lesser charges are completely unjustified.

One such person is none other than Republican Missouri Gov. Mike Parson.

Last year, Parson said he would “certainly” consider pardoning the couple should they face indictment.

On Thursday, a spokeswoman from Parson’s office told the Post-Dispatch that the governor’s team is currently “evaluating the situation.”

Given all the violence we saw committed by “racial justice” protesters over the last year, there’s no telling what could have happened to the McCloskeys had they not stood up to the crowd of so-called protesters invading their property.

Fortunately, no one was hurt on either side thanks to the firearms.

Continue reading: McCloskeys Plead Guilty, Come Out Swinging with Fiery Statement: 'By G** I Did It, And I'd Do It Again' ...