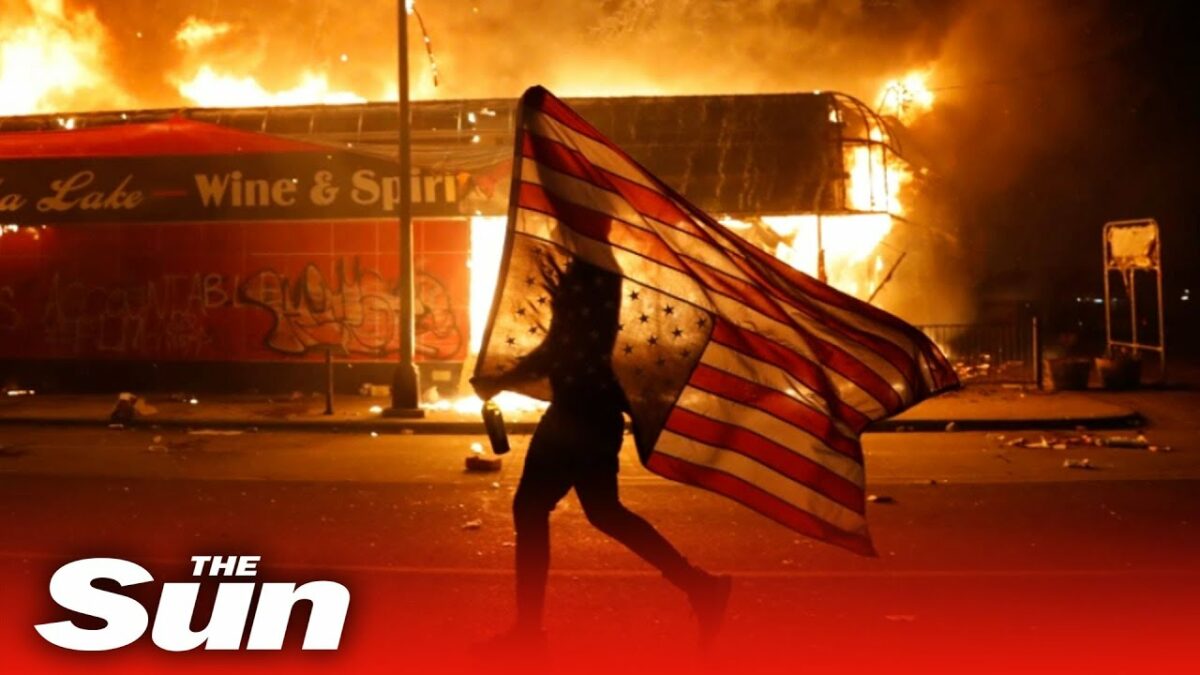 The Jan. 6 incursion into the U.S. Capitol was jarring and contentious, and nearly every major Republican admitted that many individuals acted inappropriately. With that said, leftists have lied about the event ever since as they attempt to villainize Trump supporters at large.

On Wednesday, President Joe Biden lied once again about the Jan. 6 incursion. After meeting with Russian President Vladimir Putin in Geneva, Biden held a news conference in which a reporter asked him to respond to Putin’s ban on protests in Russia.

According to the U.K. Daily Mail, Putin said he banned protests because “he did not want a repeat of the January 6 riots in his country, or for a group like Black Lives Matter to form there.” This comment angered Biden, probably because he hypocritically defends one of those groups while condemning the other.

“I think that’s a ridiculous comparison,” Biden said. “It’s one thing for, literally, criminals to break through a cordon, go into the Capitol, kill a police officer, and be held unaccountable than it is for people objecting and marching on the Capitol and saying you are not allowing me to speak freely, you are not allowing me to do A, B, C or D. And so they’re very different criteria.”

In addition to the fact that this response highlights Biden’s inability to understand basic English sentence structure, there are two glaring inaccuracies in these comments.

The first and most striking lie is the suggestion that Trump supporters in the Capitol on Jan. 6 “killed” a police officer. Biden was presumably talking about Brian Sicknick, the Capitol Police officer who died the day after the incursion.

The problem with that statement is that the chief medical examiner of Washington, D.C., determined in April that Sicknick died of natural causes. He suffered two strokes and collapsed sometime around 10 p.m. on the night of Jan. 6, after he had already left the scene of the incursion and returned to his office.

This discovery was a stark contrast to the public assumption at the time that Sicknick had died as a result of injuries sustained during the incursion. The Daily Mail confirmed that a determination of “natural causes” means the examiner found a disease to be the sole cause of death and that the death was not “hastened by an injury.”

This means that according to the chief medical examiner of the District of Columbia, Trump supporters in the Capitol on Jan. 6 did not “kill” a Capitol Police officer like Biden claimed.

That determination was made two months ago, yet Biden continues to lie and blame Trump supporters for Sicknick’s death. It is a clearly dishonest attempt to paint those who support the former president as criminals.

To make matters worse, Biden promulgated these lies on foreign soil. A press conference in Geneva after a summit with Putin is a time to display America’s strength, not attack fellow citizens with lies.

The second lie that Biden forwarded in his comments was the implication that Black Lives Matter protesters were peaceful and could not be compared to Trump supporters on Jan. 6.

Biden claimed that BLM supporters were simply “marching on the Capitol and saying you are not allowing me to speak freely.” Here is just one video showing BLM rioters across the country in May 2020, courtesy of The Sun:

Can you see the peaceful marching? Can you hear the BLM supporters calmly saying, “you are not allowing me to do A, B, C or D”?

There are countless stories and videos from around the country of BLM rioters looting, burning buildings, attacking police officers and more. The suggestion that their actions are morally superior to every Trump supporter’s actions on Jan. 6 is simply ridiculous.

Obviously, Putin’s strategy of banning protests is inappropriate and should never take place in a free country like the United States. However, his implication that both BLM and the Jan. 6 incursion show that protests can quickly devolve into riots is absolutely correct.

It would not have been hard for Biden to issue an appropriate response to this issue. All he had to say was, “We support the right to protest in America, and we condemn any rioters who turn to violence instead of protesting peacefully.”

Instead, he had to use the opportunity to lie, attack his political opponents and embarrass America on the world stage. Unfortunately, he has already made habits of each of those three behaviors.

Appears that the only ‘killing’ done was the capitol police officer shooting the unarmed female protester during that ‘demonstration’. And no charges? Meanwhile other police officers have been charged for deaths of ‘protesters’? Seems to be out of balance somehow. Oh, that ‘protester’ was a white ‘protester’, not a black ‘protester’??