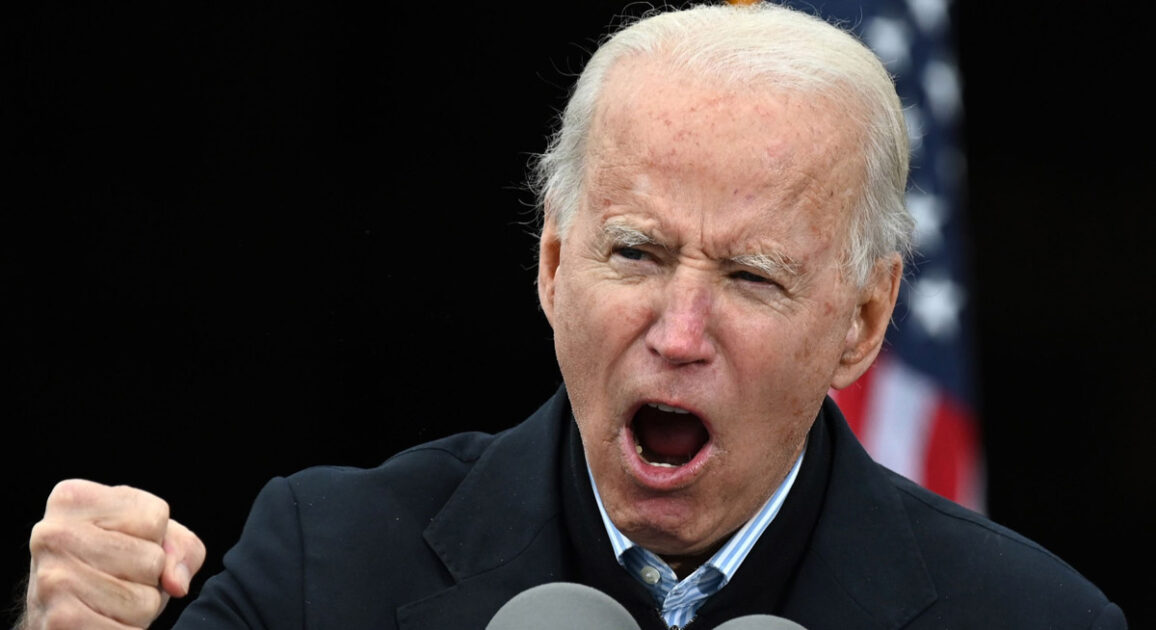 The following article, Biden Demands that Americans Snitch on their ‘Radicalized’ Neighbors, was first published on Flag And Cross.

Joe Biden is demanding that liberals snitch on their neighbors who he says are “radicalized” and dangerous.

Biden is demanding that Americans be on the look-out for “radicalized” behavior and to call the police when they think they see it.

Of course, by “radicalized,” he means being conservative and white.

In a recent conversation with the press, a senior administration official explained the importance of stopping politically fueled violence before it spreads. The teleconference discussion was posted to the White House website.

“We will work to improve public awareness of federal resources to address concerning or threatening behavior before violence occurs,” the official said according to the White House posting.

The official cited the Department of Homeland Security’s “If you see something say something” campaign to help stop radical Islamic terror as a domestic possibility.

“This involves creating contexts in which those who are family members or friends, or co-workers know that there are pathways and avenues to raise concerns and seek help for those who they have perceived to be radicalizing and potentially radicalizing towards violence,” the official added.

But instead of Islamic terror, Biden thinks we have to worry about evil white people.

As Breitbart News reminded us all:

Biden began his presidency with a stark warning in his inauguration speech about the “rise in political extremism, white supremacy, domestic terrorism that we must confront, and we will defeat.” On June 1, Biden described the threat from “white supremacy” as the “most lethal threat to the homeland today.”

The Biden administration said it would also work with large technology companies on “increased information sharing” to help combat radicalization.

“Any particular tech company often knows its own platform very well,” the official noted. “But the government sees things — actually, threats of violence — across platforms. They see the relationship between online recruitment, radicalization, and violence in the physical world.”

So, Biden does not care about Islamic terror — a form of terror that has proven to be dangerous. He is worried about mythical “white supremacy” from which no terror attacks have emanated.

Biden is also wholly ignoring the REAL terror threat offered by Black Lives Matter and Antifa, both of which have repeatedly perpetrated real acts of terror for the last decade.