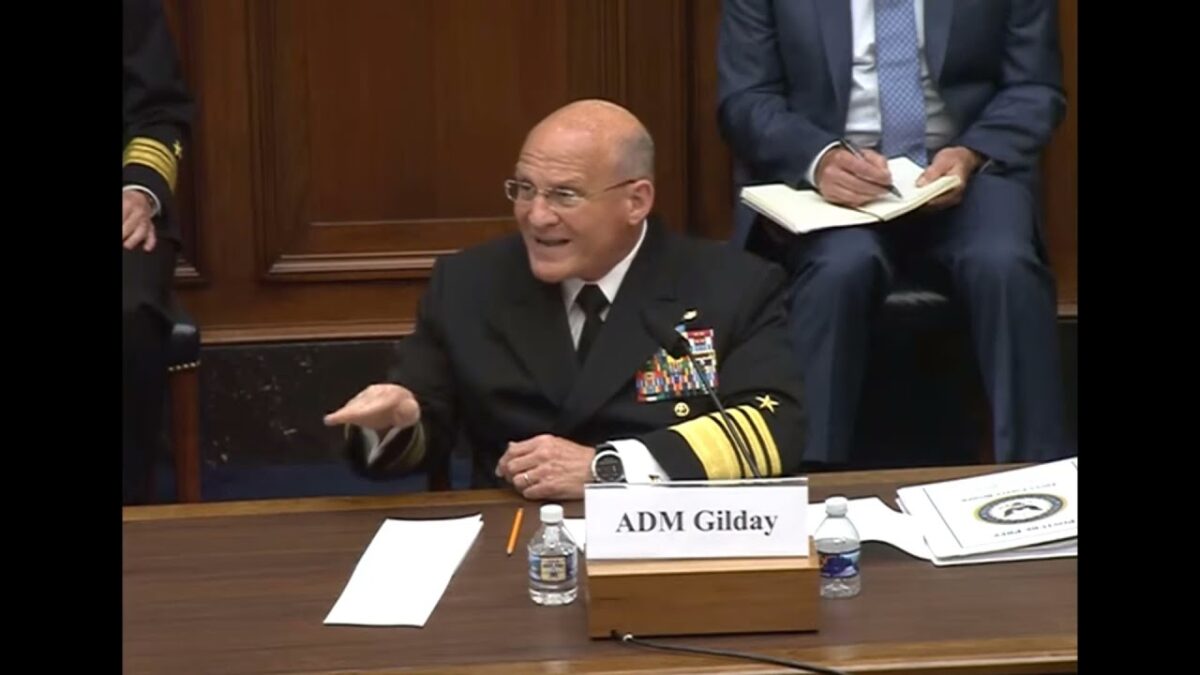 Suddenly, critical race theory — the idea that American racism has shaped every institution and norm in our lives — is finding its way into every aspect of our lives. White people are the oppressors and have led lives of privilege, and minorities are the oppressed who have always operated from a point of disadvantage in America.

It is divisive and destructive, but nowhere is it more dangerous than in the military.

Indiana Rep. Jim Banks, a Republican, had a rather contentious exchange on the subject with Chief of Naval Operations Adm. Michael Gilday during a House Armed Services Committee hearing on Tuesday.

Gilday put the controversial book “How to Be an Antiracist” by Ibram X. Kendi, an ardent supporter of critical race theory, on the Navy’s recommended reading list.

In February, Banks, a former Navy officer who continues to serve in the Navy Reserve, wrote to Gilday to find out his rationale.

The congressman questioned him during the hearing Tuesday on many of Kendi’s views, such as opposing interracial adoption, declaring capitalism is racist and believing white people created AIDS. Those are pretty radical ideas by anyone’s standards.

“In college, Kendi stated that white people are a different breed of humans and are responsible for the AIDS virus,” he said to Gilday. “Yes or no, do you personally consider the conspiracy that white people started AIDS to be an extremist belief?”

Banks started to speak over Gilday. “That is a simple question. Admiral, this is a book that you recommended every sailor in the U.S. Navy read.”

“This is a bigger issue than Kendi’s book,” Gilday said. “What this is really about is trying to paint the United States military, in this case, the United States Navy, as weak, as woke, and we’ve had sailors that spent 341 days at sea last year with minimal port visits –”

Banks interrupted. He clearly found this irrelevant and realized Gilday was not answering his question.

“Admiral, I remain astonished that you put this book on a reading list and recommended that every sailor in the United States Navy read it,” he said. “I’m also surprised that you said you read it.”

“The Department of Defense undertook the standdown because they understand that extremism detracts from military readiness,” the congressman continued. “So if sailors accept Kendi’s argument that America and the United States Navy are fundamentally racist, as you’ve encouraged them to do, do you expect that to increase or decrease morale and cohesion or even recruiting in the United States Navy?”

“I do know this. Our strength is in our diversity, and our sailors understand that,” Gilday said. “Race is a very, racism in the United States is a very complex issue. What we benefit from is an open discussion about those issues. That we don’t try to ignore it or rewrite it, but we actually have a discussion about it and there will be various views and I trust sailors will come and, to an understanding of hopefully separating from fact from fiction.”

Banks asked, “Admiral, why did you put this book on the reading list and recommend that every single United States sailor read it?”

“Admiral, you said you read this book. What part of this book is redeeming and qualifies as something that every sailor in the United States Navy should read it?”

“I think Kendi is self-critical about his own journey as an African-American in this country, what he’s experienced,” Gilday said.

“I think we’ll be a better Navy from having open, honest conversations about racism,” Gilday responded.

Cotton served as a U.S. Army officer for four years and afterward in the Army Reserve. He also completed several overseas deployments to Iraq and Afghanistan.

“It’s particularly bad for this to be taught to our young troopers, whether it’s at service academies or in professional military education, or just in routine quarterly or annual training,” the congressman said. “Because they need to look to their right and their left and see not the representative of a racial group, but a battle buddy, a comrade in arms who will lay down their lives in defense of each other and their nation.”

“If I were in a foreign intelligence service,” he explained, “I can think of few things that would be more destructive to morale and unit cohesion in the United States military than critical race theory, and the idea that we are somehow simply representatives of our race as opposed to American patriots who are wearing the flag of our country in defense of our common ideals.”

In March, Cotton introduced a bill to ban critical race theory from being taught in the military. According to Fox News, he told colleagues at that time, “Critical race theory teaches that race is a person’s most important characteristic, and that America is an evil, oppressive place. That idea may be fashionable in left-wing circles and college classrooms, but it has no place in our military.”

The focus on critical race theory undermines our military and projects weakness to our enemies.

It is a dangerous ideology, and it’s especially disturbing to see it cropping up in the military, the one relatively apolitical institution left — until Lloyd Austin was tapped to lead it, that is.

The question should be: how did this moron get into the military in the first place and then receive the rank he somehow obtained?