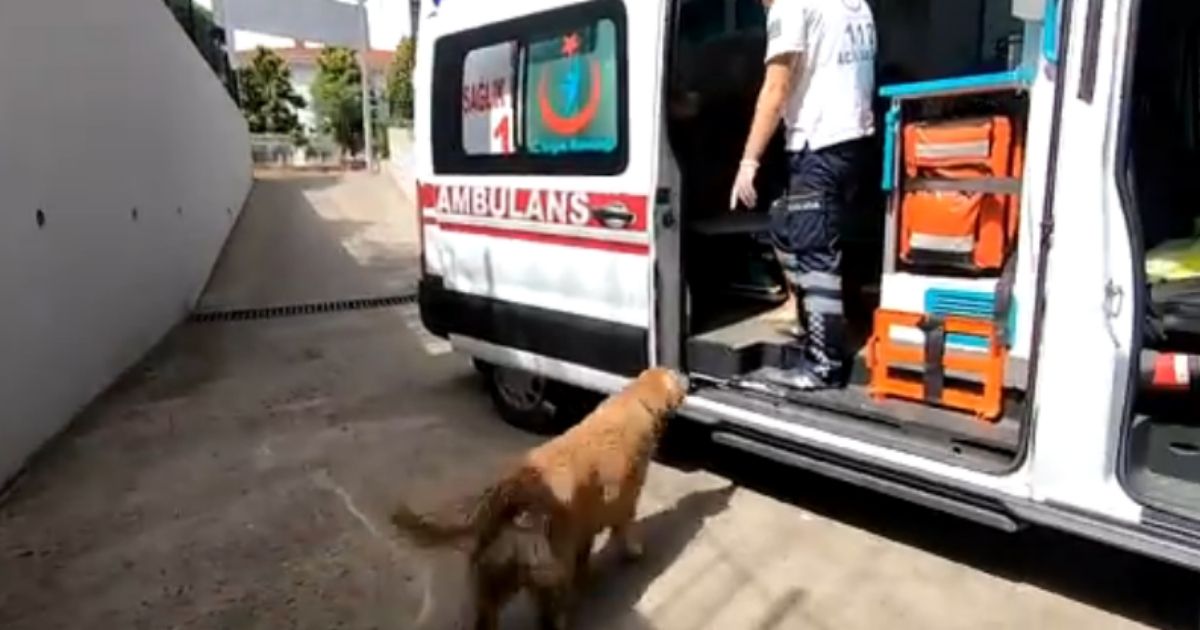 The following article, Video: When Its Owner Is Taken Away by First Responders, Loyal Retriever Chases After Ambulance, was first published on Flag And Cross.

Many people trust that their dog is loyal, faithful and would do anything to help them. Few dogs get to prove these noble traits, but when they do, they are a credit to all dog-kind.

One recent story of canine faithfulness comes from Buyukada island in Istanbul, Turkey.

A woman was experiencing a medical emergency, so first responders entered her home and began to attend to her, according to the New York Post.

The woman had a dog — a Golden Retriever — who reportedly stayed right by its owner’s side while she was monitored.

Eventually, the medical team made the decision to take the woman to the hospital.

The dog didn’t seem to understand that it wouldn’t be welcome on the ambulance and tried to step into the vehicle when its owner was escorted onto it, but it was shooed away.

Not a problem: As the ambulance took off for the hospital, the unnamed dog ran along behind it, determined not to let its owner make the trip alone.

Once the woman was wheeled into the hospital, the dog reportedly waited outside the doors until she was discharged some time later.

While neither the owner nor the dog were named, the footage clearly illustrates the golden’s sense of duty and devotion as it followed its owner as much as it possibly could.

Earlier this year, another dog from Istanbul made headlines for her dedication to her owner.

Boncuk, a small white pup, also tagged along behind an ambulance as it took her owner, Cemal Senturk, to a hospital, on Jan. 14.

Again, the dog was not allowed inside the vehicle or the building, but since she’d run after the ambulance, she knew how to get to the hospital where Senturk was staying.

Senturk’s daughter, Aynur Egeli, tried to take care of the situation by toting the loyal pup home — but each time, Boncuk found her way back to the closest place she could be to her owner.

“She comes every day around 9 a.m. and waits until nightfall,” a hospital security guard told the DHA news agency, according to The Associated Press. “She doesn’t go in.”

“When the door opens she pokes her head inside.”

This pattern went on for days, but finally, Boncuk was rewarded by being reunited with her owner.

“She’s very used to me,” Senturk told DHA. “And I miss her, too, constantly.”

Thankfully, both these loyal dogs were able to get back with their owners, who were no doubt touched by the proof that their pups love them dearly.

Continue reading: Video: When Its Owner Is Taken Away by First Responders, Loyal Retriever Chases After Ambulance ...