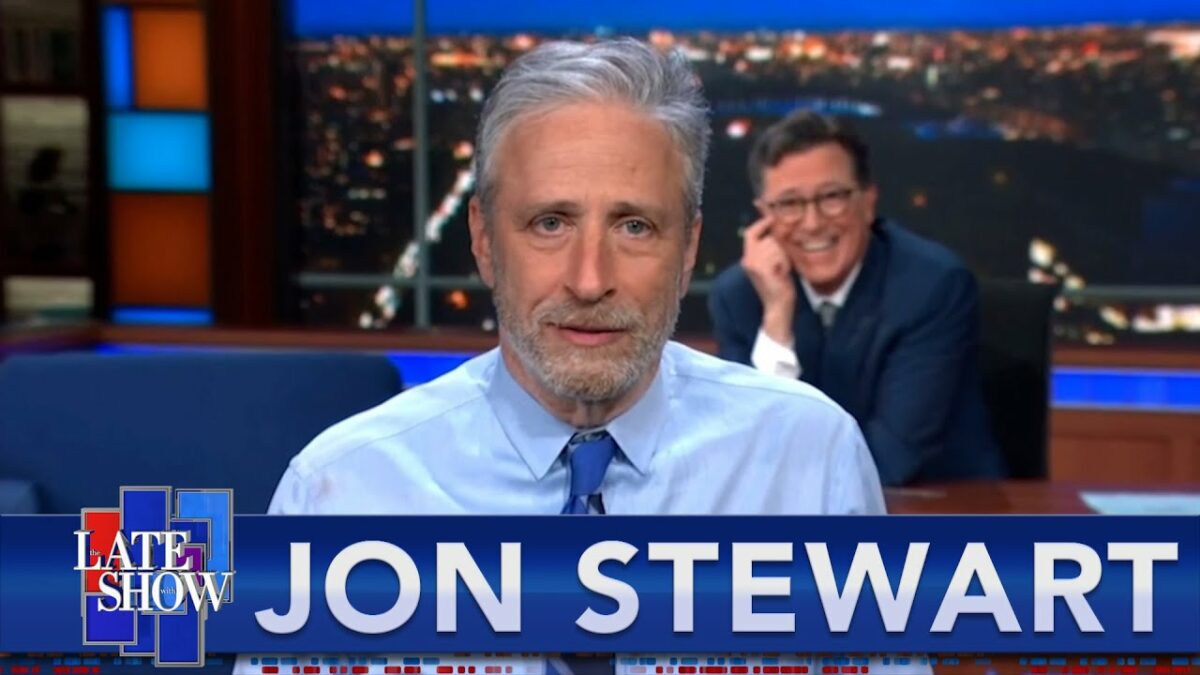 Stephen Colbert spent a few very uncomfortable moments on his “Late Night” show Monday as former “Daily Show” host Jon Stewart went all in for the theory that the coronavirus had it origins in a Chinese lab.

China initially said the virus was present in bats and then jumped to humans in a way that has yet to be detected. Meanwhile, increased attention is being paid to the theory that the Wuhan Institute of Virology had a role in the creation or release of the virus.

Because the lab leak theory was pushed by the Trump administration, it was largely rejected by the Biden administration until recent intelligence findings have brought it back into the spotlight.

Stewart said the lab leak theory makes sense to him.

“I think we owe a great debt of gratitude to science. Science has, in many ways, helped ease the suffering of this pandemic, which was more than likely caused by science,” Stewart said.

The line drew a laugh and a swig of coffee by Colbert until it became clear that Stewart was serious.

Stewart quickly made clear he was completely serious. Colbert then said there was a chance the theory about the lab having a role in the virus could be true.

“And then they ask those scientists, they’re like, ‘So wait a minute, you work at the Wuhan respiratory coronavirus lab? How did this happen?’ And they’re like, ‘Ooh, a pangolin kissed a turtle?’” he said.

Stewart was on an unstoppable roll.

Stewart then gave an analogy.

“There’s been an outbreak of chocolaty goodness near Hershey, Pennsylvania. What do you think happened?” Stewart said. “Like, ‘Oh I don’t know, maybe a steam shovel mated with a cocoa bean?’ Or it’s the [expletive] chocolate factory! Maybe that’s it?”

Colbert noted that Dr. Anthony Fauci and others have said the lab leak theory should be investigated.

“Stop with the logic and people and things, the name of the disease is on the building!” Stewart said.

But Colbert was not ready to give in.

“I understand,” Stewart said. “It’s the local specialty, and it’s the only place to find bats. You won’t find bats anywhere else. Oh, wait, Austin, Texas, has thousands of them that fly out of a cave every night at dusk. Is there a coronavirus, an Austin coronavirus? No, there doesn’t seem to be an Austin coronavirus. The only coronavirus we have is in Wuhan, where they have a lab called, what’s the lab called again, Stephen?”

“And how long have you worked for Sen. Ron Johnson?” Colbert asked referring to the conservative senator from Wisconsin who has been a strong proponent of the lab leak theory.

Stewart said the issue goes beyond one instance in one lab.

“This is the problem with science. Science is incredible, but they don’t know where to stop, and nobody in the room with those cats ever goes, ‘I don’t know if we should do that,'” he said.