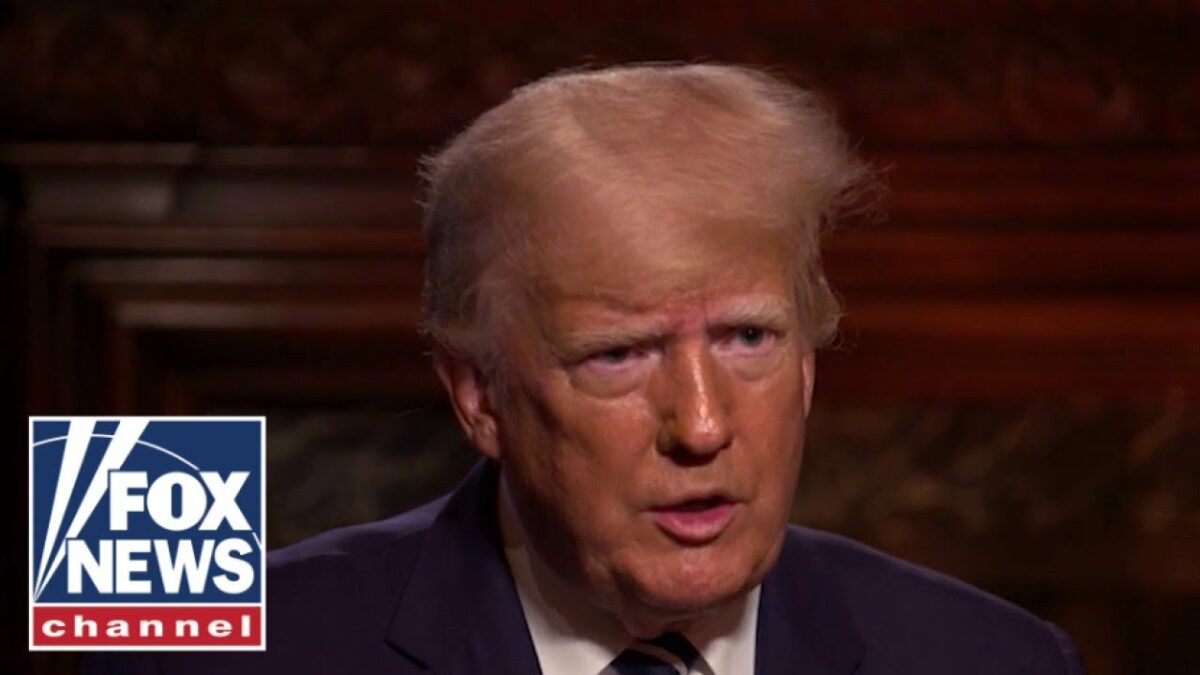 Scarborough made the remarks Tuesday on “Morning Joe,” the cable talk show he co-hosts with his left-wing wife and fellow Trump critic, Mika Brzezinski.

“Republicans have something to be very proud of,” he said. “We can go — and every time I do something like this, I get in trouble with Mika.”

At that point, Scarborough expressed concern that complimenting Trump would anger his wife, but he went ahead after meekly getting her reluctant approval to state his opinion.

“Republicans can look at the vaccine and go, ‘Donald Trump, he and his team did a pretty damned good job picking Pfizer and picking Moderna — did a really good job,'” Scarborough remarked.

That’s when Brzezinski interjected and tried to downplay Trump’s role in Operation Warp Speed, which led to the speedy development of the COVID-19 vaccine in less than a year.

“You can’t help yourself. It’s like a tic,” Scarborough said to his wife.

“If you don’t think they did a good job, compare their choices to the [European Union’s] choices,” he said. “They did a good job. And so, Republicans, stand up and applaud your president, your team, your administration.”

In another surprising turn of events, left-wing columnist David Ignatius of The Washington Post — a guest on the show — agreed, saying Scarborough was “precisely” correct about his assessment of Trump’s vaccine program.

In late May, the former president credited his administration for the “record-breaking development” of the vaccine.

“New United States COVID cases, because of the record-breaking development of the vaccine and its early purchase and distribution by the Trump Administration, has hit its lowest level in more than one year, and falling fast,” Trump declared in a May 25 statement.

“I want to thank all within the Trump Administration who pushed so hard for a vaccine and got it done in less than nine months when everybody was saying it would take at least 3-5 years, and probably not happen.”

Trump said “without the vaccine, the world would be a much different place right now. Operation Warp Speed and our decision to purchase billions of dollars of vaccine before it was even approved, has been ‘One of the greatest miracles of the ages,’ according to many. Thank you!”

While many on the left mocked the brash billionaire for his self-congratulatory statement, his supporters say he needs to spotlight his many accomplishments as president because the biased establishment media downplay or ignore them altogether.

In July 2017, Scarborough announced that he was leaving the Republican Party, less than two weeks after Trump mocked Brzezinski’s alleged facelift.

At the time, Trump was responding to insults he claims Brzezinski had leveled at him on “Morning Joe.”

Predictably, the establishment media — which have repeatedly attacked Trump’s weight, Christian beliefs and skin color — slammed him as sexist.

Fast-forward four years, and many of us wish that the only thing the media were bloviating over was Trump’s tan and self-declared love of fast food.

With catastrophically high inflation, a border under siege, an alarming worker shortage and devastating crime waves in Democrat-run cities, a frivolous focus on Trump’s appearance would be a welcome reprieve from this dystopian nightmare.