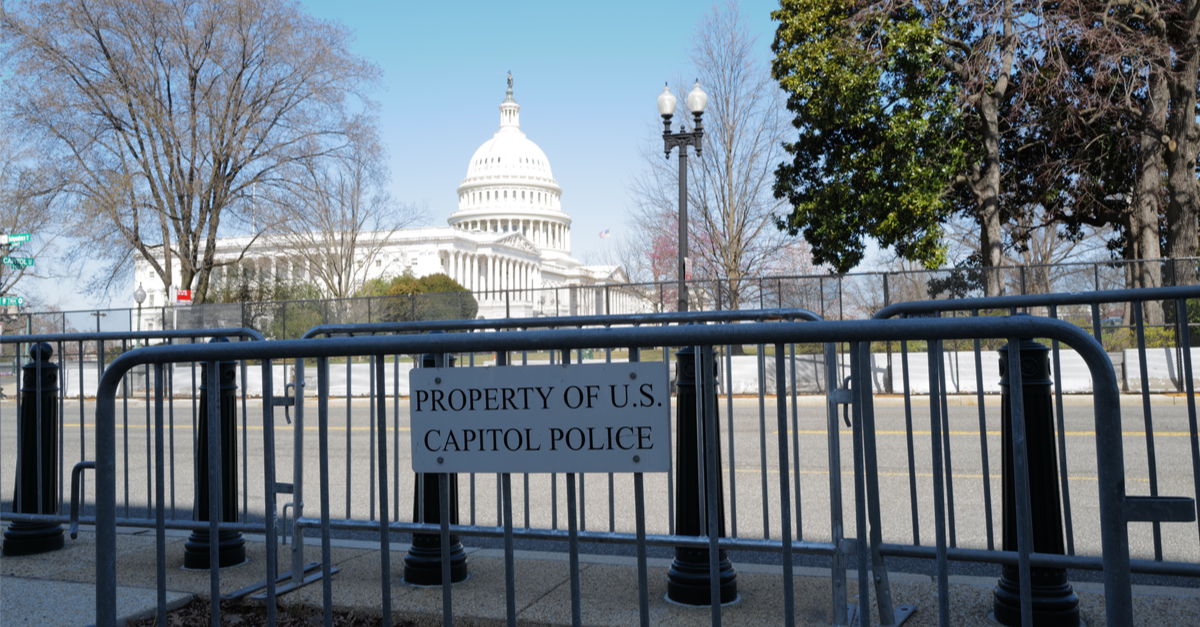 The following article, White House Says Capitol Rioters No Different Than OKC Bomber, was first published on Flag And Cross.

The war of words between the aisles grew heated this week, as the White House made a major shift in the language that they’re using to describe certain groups of Trump supporters, and it could lead to further animosity.

As the FBI continues their work to identify and detain those who took part in the storming of the US Capitol on January 6th, the White House has now issued a report that lumps these rioters in with terrorists such as Timothy McVeigh.

The White House on Tuesday released a report that designates the Jan. 6 Capitol riot a “domestic terrorist attack” and endorses an internet purge of “extremist” content.

The description is likely to draw stiff disagreement from allies of former President Donald Trump who say that the riot, which disrupted certification of President Biden’s victory, has been used to facilitate political censorship.

The Biden administration report also calls for beefed-up cooperation between the feds and private internet companies and instructs the Justice Department to review whether to request a new anti-domestic terrorism law.

The Capitol riot is described as an example of domestic terrorism alongside the 1921 Tulsa Race Massacre, which killed an estimated 75 to 300 people, and the 1995 Oklahoma City bombing, which killed 168.

“Domestic terrorist attacks in the United States also have been committed frequently by those opposing our government institutions. In 1995, in the largest single act of domestic terrorism in U.S. history, an anti–government violent extremist detonated a bomb at the Alfred P. Murrah Federal Building in Oklahoma City, killing 168 people – including 19 children – and injuring hundreds of others,” the report says.

“In 2016, an anti-authority violent extremist ambushed, shot, and killed five police officers in Dallas. In 2017, a lone gunman wounded four people at a congressional baseball practice. And just months ago, on January 6, 2021, Americans witnessed an unprecedented attack against a core institution of our democracy: the U.S. Congress.”

There is little doubt that this was a response to a group of GOP lawmakers who’ve begun to downplay the severity of the incident in recent weeks, with one going so far as to suggest that the event wasn’t too terribly dissimilar to the tourist groups that parade though the Capitol on a daily basis.