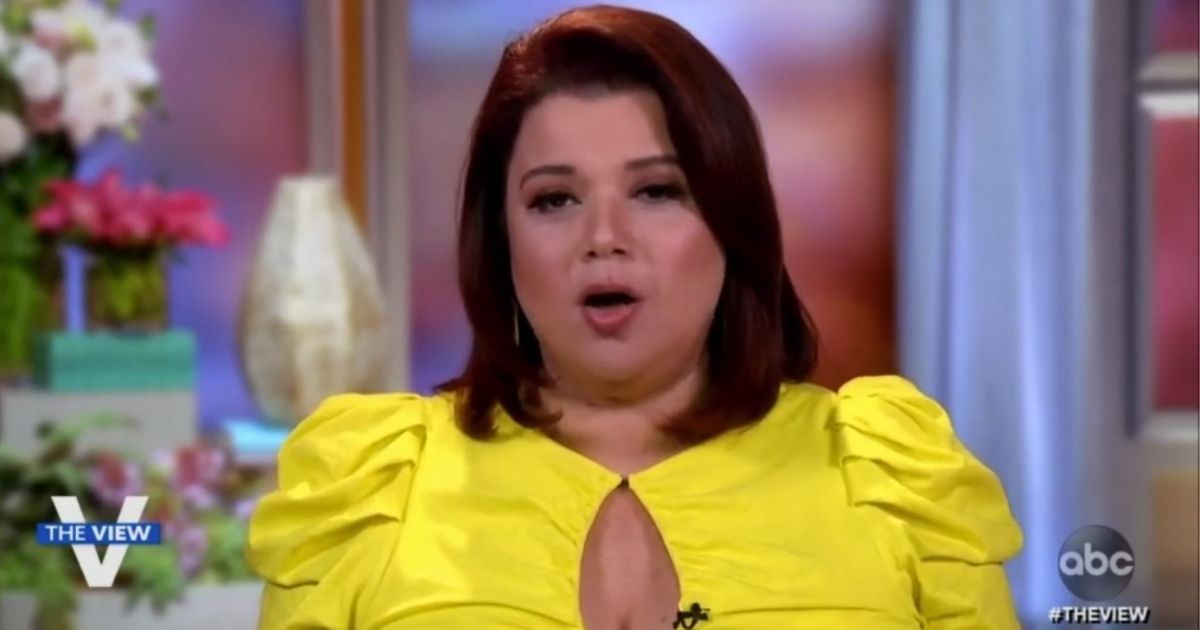 In October, as I awoke from a nap, my wife told me someone from CNN had been caught on a Zoom call, um, enjoying his own company a little bit too much. I figured we were talking about a low-level small fry who’d made himself unemployable and didn’t even bother checking my phone or computer before I made lunch.

When I got back to my laptop and looked at Twitter, I noticed that “Toobin” was trending. As in, Jeffrey. The ubiquitous face of legal analysis on the network, as well as a longtime writer for The New Yorker.

Yikes. I assumed, as I read about what happened, that the omnipresent legal analyst would be banished from punditry for good. While he was fired from The New Yorker, CNN welcomed him back this week. And one of his CNN colleagues — Ana Navarro — stuck up for him on Monday’s edition of “The View.”

The New Yorker fired him, but CNN didn’t. In fact, we all kind of forgot him and assumed he’d just quietly fade away. But, no. After months of cold storage, Toobin showed up on CNN for the first time since October last week.

“I feel like we should address what’s happened in the months since we’ve seen you,” host Alisyn Camerota said. After summarizing the incident, she said, “To quote Jay Leno, ‘What the hell were you thinking?'”

Toobin said he was a “flawed human being who makes mistakes” and the incident was “deeply moronic and indefensible.” In addition, he acknowledged, “I got a lot to rebuild, but I feel very privileged and very lucky that I’m going to be able to try to do that.”

To Ana Navarro, however, he’s all good. Navarro is one of the co-hosts of “The View” and also contributes as a political analyst at CNN, where she’s a token air-quotes “Republican” who gets toted out to explain why every Republican is horrible.

As for Toobin, who’s an avowed liberal, Navarro came up with the weirdest possible defense for what he did: He was “sexually harassing himself, maybe.”

“Actually, I’m not surprised he’s back on the air,” Navarro said regarding Toobin’s return.

“But I will tell you when I saw that interview … how embarrassing, how humiliating. I kept thinking to myself, ‘If I have to go on live TV and explain to the nation why I masturbated on a Zoom call, I think I’d rather go sell avocados under I-95 than get my job back on TV.’”

“Look, I think some instances of sexual harassment are black and white,” she continued.

If only Ana Navarro was around when Pee-Wee Herman got into trouble. She went on to defend the decision by noting, hey, it wasn’t during a call with her network.

“He was on a Zoom call, it was an accidental exposure. It was not a CNN Zoom call. It was with The New Yorker, from where he has been terminated and faced consequences,” she said.

“He was off CNN for many months during the elections, during some of the hottest political and legal times.”

See? He’s suffered! She went on to say Toobin’s “bigger problem is frankly with himself, with his family, with his wife than it is with his CNN colleagues.”

Before that, however, she got to the real reason why the disgraced legal analyst is back on CNN.

“I also think CNN is a for-profit business. If viewers don’t like it, then they should make their views known,” Navarro said. “If they want to have some grace, if they want to say, ‘We’re not going to cancel a guy because he made a stupid mistake?’”

Leaving aside the fact it’s not really “cancelling” someone if termination is commensurate with the transgression — I’d posit self-gratification in front of your computer on a Zoom call qualifies, even if you thought the camera was off — Navarro hit on why Toobin’s back.

Just weeks after the incident, a Fox News report cited insiders at CNN who said that Toobin would eventually return. One said he was “one of the biggest faces on the network” and “too valuable of a commodity” to lose.

Aside from Michael Avenatti, no other lawyer appeared with such frequency on the cable airwaves during the Donald Trump years to discuss every legal what-if that surrounded the president at the moment. Neither Toobin nor Avenatti is doing particularly well for themselves at the moment. At least Toobin is just sentenced to sleeping on the couch for an indefinite period of time by his wife, Amy McIntosh. Avenatti could be sentenced to 11 to 14 years in prison for extortion if prosecutors get their way, according to Bloomberg.

Avenatti may have worn out his welcome, but Toobin is still a commodity. Therefore, after an uncomfortable interview with Camerota, he’s back in action.

Surprisingly, the defenses of Toobin’s behavior on “The View” didn’t end there. According to the Daily Caller, the only problem co-host Joy Behar had with Toobin’s return was “[w]ith all the men on CNN’s payroll they had to give [the interview] to poor Alisyn Camerota. She didn’t deserve that.”

“He didn’t know the thing was running of course, so we forgive him that. I’m not judging the guy. It shows how boring these Zoom meetings are.”

Chalking it up to the stresses of working from home and navigating Zoom etiquette is a strange way to rationalize this. You’re still in a professional environment — and in Toobin’s case, he was in one of the most rarefied professional environments there was. It’s not that he showed up for the meeting in sweats and an AC/DC T-shirt. Knowing that people were on the other side of the screen but thinking the camera was off, he masturbated on a separate video call with someone I’m assuming wasn’t his wife.

The fact he didn’t leave the room while he did all this, but stayed in front of his computer instead, says something ineffable but seriously dissipated about Toobin’s sexual proclivities. I’m not a psychologist, but this doesn’t sound like it was just a case of Toobin “sexually harassing himself, maybe.”

As for Behar’s “Everybody in the world would be a bad person for doing what he was doing at home alone in their house,” consider that he wasn’t doing it alone. Even if you buy this line, frequently touted by liberals — that everyone is engaged in wanton licentiousness behind closed doors — it’s a bit different when you do it when your work colleagues are on the other side of those doors. It’s a lot different when you leave the door open, accidentally or not.

If CNN wants to let Jeffrey Toobin back on, that’s their decision. However, if you want to judge the rectitude of that decision for yourself, consider that these were the best arguments the panel of “The View” could come up with.