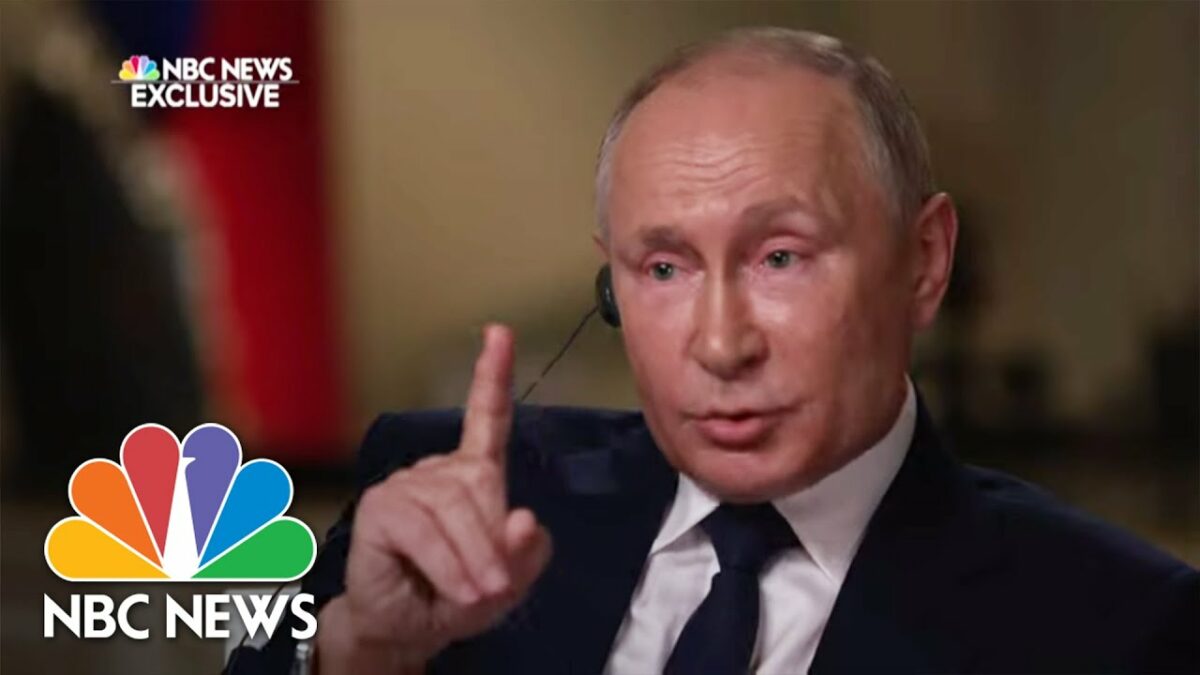 The following article, Biden Gets Confused, Struggles to Speak for 28 Seconds Straight, was first published on Flag And Cross.

President Joe Biden’s brain malfunctioned for 28 awkward seconds on Tuesday while he spoke at the European Union summit in Brussels, just a day before he is scheduled to sit down with Russian President Vladimir Putin in Geneva.

Biden was addressing a roomful of EU leaders about the country being “back” when his comments slipped into utter nonsense for roughly half a minute. The president expressed gratitude for being at the G7 in Cornwall, England, this past weekend and thanked those close to him for accompanying him to Europe.

“I brought the A-team with me today. And, you know, I’ve said, both publicly and privately, that America is back, and this is why we’re here in full force,” Biden said, according to a transcript from the White House.

“I’m happy to have with me today the members of my Cabinet: Secretary of State, Anthony Blinken; he suffers from the problem of having worked with me for years,” Biden joked. “And also Trade Representative, Ambassador Katherine Tai, who has made some real progress already. And Secretary of Commerce, Gina Raimondo, who was a first-rate governor and one of the brightest people that we’ve worked with, and agreed to come on as our Secretary of Commerce.”

What began as a lucid but boring conference soon became a wreck when the president’s brain inexplicably misfired.

“And uh, I’ve said before and I apologize for the – Oh, I didn’t Jake Sullivan from the State Department [inaudible]. I’m leaving out a lot of people here I apologize. I’m going to get in trouble. But, anyway, we’ll get back to that. But um we um you know…” – President Biden. pic.twitter.com/7buuCpNzm7

“And uh, I’ve said before, and I apologize for repeat — oh, I didn’t — Jake Sullivan — ohhh — National Security Advisor. I’m leaving out a lot of people here. I apologize. I’m going to get in trouble. But, anyway, we’ll get back to that in a minute,” Biden said in a video tweeted by House Republicans.

Biden rebounded and seemed to find his footing.

“I used to always — my friends would kid me while in the United States Senate, because I served there, for always quoting Irish poets,” he said, per the White House transcript. “You think I quoted Irish poets because I’m Irish. That’s not the reason. I quote them because they’re the best poets in the world — that’s why.”

The brain flub occurred one day before Biden is slated to sit down with Putin, whom Biden recently drew the ire of after calling him a “killer.”

Putin, who appears ready for the sit-down, took an apparent subtle swipe at Biden on Monday, broadly commenting on “memory” when asked by NBC News to corroborate details of a previous meeting 10 years ago in which then-vice president Biden said he told the Russian leader, “I’m looking in your eyes, and I can’t see a soul.”

“As far as soul, I’m not sure. One has to think about what soul is. But I do not remember this particular part of our conversations, to be honest with you. I do not remember,” Putin told NBC’s Keir Simmons. “We all, when we meet, when we get together, when we talk, when we work and — strive and achieve some solutions, we all proceed from the interests of our nations and our states.”

Simmons replied: “Yeah. You’re a religious man. President Biden is saying he told you to your face, ‘You don’t have a soul.'”

The Russian president responded: “I do not remember this … something wrong with my memory.”

“Well, [Biden] probably has a good memory,” Putin continued, adding that he couldn’t rule out that Biden challenged him in such a way, and added, “But I don’t remember this. In personal encounters, people try to act appropriately.”

Biden has had several gaffes or brain malfunctions while attending meetings on his first trip abroad as president.

The most challenging meeting lies ahead, when Biden will sit across from Putin on Wednesday.

The Hill reported that the meeting between the pair could last five hours. Biden isn’t planning to hold a joint media briefing with his Russian counterpart after the meeting.