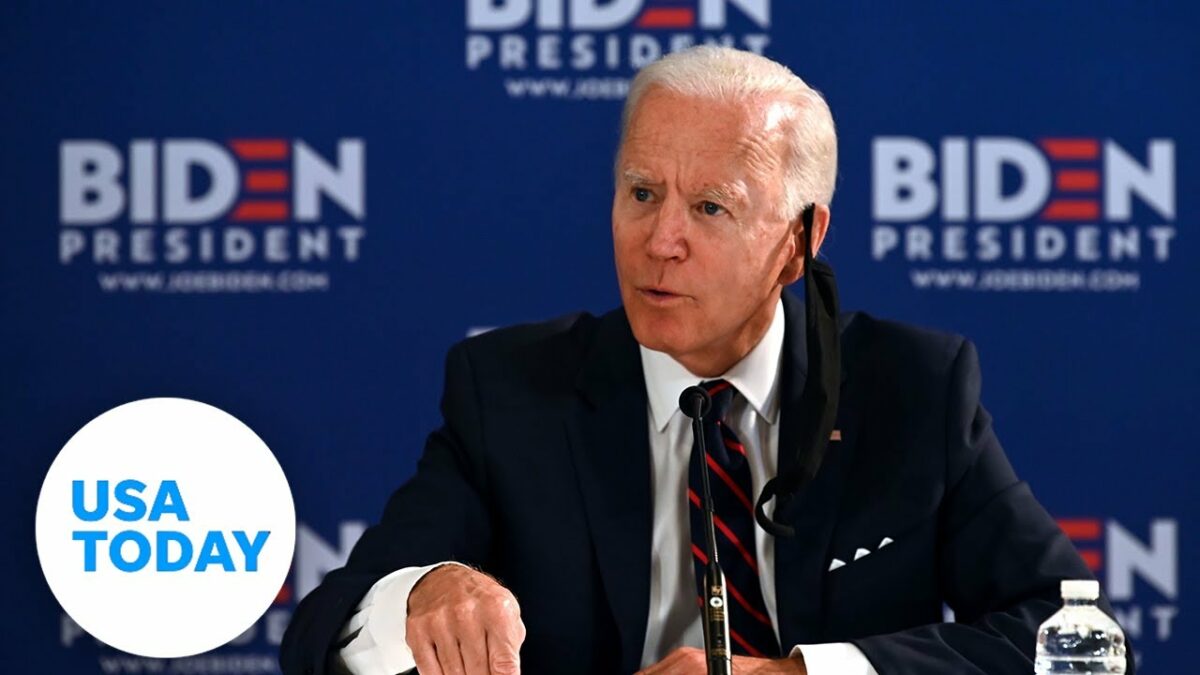 The following article, Videos Show Joe Biden Forgetting His Mask at Multiple Events After Speaking, was first published on Flag And Cross.

Neanderthal thinking, it seems, is alive and well at the White House.

That’s the term President Joe Biden coined for anyone who doesn’t wear a mask. Last month, in the wake of announcements by Mississippi and Texas that they were removing mask requirements and allowing businesses to reopen at full capacity, he told reporters, “I hope everybody’s realized by now, these masks make a difference.”

“The last thing, the last thing we need is Neanderthal thinking that in the meantime, everything is fine, take off your masks, forget it. It still matters,” Biden said.

NEW: President Biden calls Texas and Mississippi decisions to end mask mandates “a big mistake” and criticizes what he views as “Neanderthal thinking” after CDC warned against complacency in the face of emerging coronavirus variants on Monday. pic.twitter.com/Mmdln3gNG6

Biden was also one of the first public officials to embrace double masking. Here’s a picture of him on Veterans Day in November wearing a cloth mask over what looks like an N95 mask:

This Veterans Day, I feel the full weight of the honor and the responsibility that has been entrusted to me by the American people as the next president, and I vow to honor our country’s sacred obligation. pic.twitter.com/BuynOGvSO0

So, yes, Joe Biden is very big on masks. When, of course, he remembers to wear them.

Take Tuesday, when he gave a speech at the White House to give an update on the vaccine rollout. While commending the job his administration had done on vaccinations (of course), he said America was “still in a life and death race against this virus.”

“Until we get more people vaccinated, we need everyone to wash their hands, socially distance and mask up in a recommended mask from the [Centers for Disease Control and Prevention],” Biden said.

“Think about it this way: Better times are ahead. And as I said before, we can have a safe, happy Fourth of July with your family and your friends and small groups in your backyard.”

Mask up, America. Just like Biden didn’t do at the end of the speech:

As Charlie Spiering pointed out at Breitbart, this isn’t an infrequent event, despite the fact Biden signed an executive order mandating masks on federal property.

In fact, he was seen without a mask on federal property hours after signing the order.

Here he is on March 24 after an event marking Equal Pay Day at the White House. He had to come back to the podium to retrieve his mask:

Joe Biden walks away without his mask again… the audience chuckles when he comes back to get it. pic.twitter.com/wBAmmEWHj6

Here he is after his remarks on International Women’s Day:

Chalk it up to Biden being confused; this was the speech where, just moments before he forgot his mask, he referred to Defense Secretary Lloyd Austin and the Pentagon as, respectively, “the guy who runs that outfit over there” after a system search didn’t bring up the appropriate files fast enough.

It brings up questions about who’s really running the show when Vice President Kamala Harris had to remind him to return to the podium and put his mask on back in February:

“Where’s your mask…” – @VP Kamala Harris reminds @POTUS Joe Biden to wear his mask after he forgot it at the podium. https://t.co/KqwWuduwP4 pic.twitter.com/u5AFglxYVR

Are we to assume any of these lapses would have made a substantive difference? No. However, Biden has arguably been America’s foremost mask evangelist. Here’s some propaganda-sounding mask-tweeting from Biden’s account last summer:

Be a patriot. Protect your fellow citizens. Wear a mask.

Masking is so important to him that, on the first full day of his administration, he signed an order mandating masks on federal property, and he has panned ditching mask mandates as “Neanderthal thinking” — yet he often leaves his own facial protection behind out of thoughtlessness.

I understand our 46th president is prone to forgetting things — but if masking up is that much of a priority to him, can’t he remember his own?

Correction: An earlier version of this story had an incorrect reference to Biden’s rank among presidents. We regret the error.