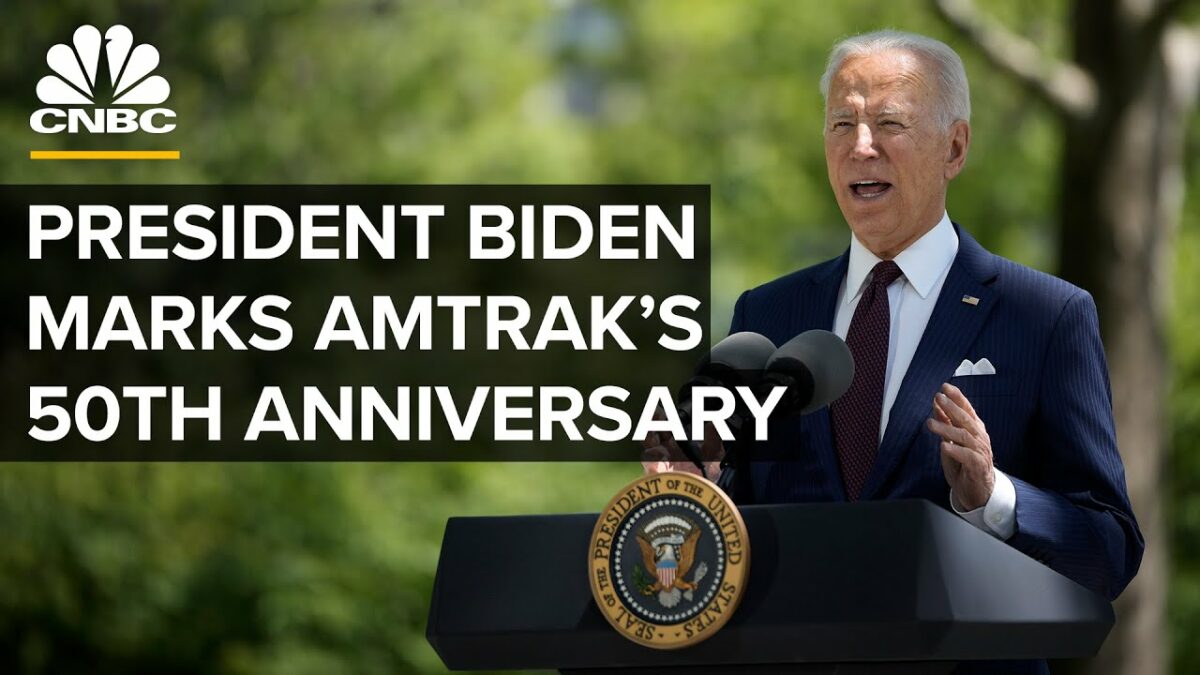 The following article, Joe Biden Recently Told a Bizarre Amtrak Story and the Details Don't Add Up At All, was first published on Flag And Cross.

President Joe Biden loves to tell bizarre anecdotes that often leave listeners scratching their heads. Last week, he continued the long tradition with a doozy: a story that was not only unconventional, but also appears to be flat-out untrue.

Biden was speaking at a Friday event celebrating the 50th anniversary of the founding of Amtrak. During the speech, he told a story about how he had supposedly traveled 1.5 million miles on Amtrak trains.

“There was an article, I guess my fourth or fifth year as vice president, saying, ‘Biden travels 1,300,000 miles on Air Force [Two],'” the president began.

“And I used to — the Secret Service didn’t like it — but I used to like to take the train home. My mom was sick and I’d try to come home almost every weekend as vice president to see her. And I was getting on the train and Angelo Negri came up and he goes, ‘Joey, baby,’ and he grabbed my cheek, started squeezing, like he always did. And I thought he was going to get shot. I’m serious. And I said, ‘No, no, he’s a friend.'”

The awkward tension in the audience is palpable in the recording. But let’s allow Biden to get to his main point.

It is unclear whether that number is accurate. What is clear is that the facts of Biden’s story simply don’t add up.

To begin with, Biden said this was during his fourth or fifth year as vice president, putting the timeline of the story at around 2013. But as Fox News pointed out, Negri’s obituary states that he had retired from Amtrak in 1993, about 20 years before.

Second, Biden said he took the train so much because his mother was sick at the time. Biden’s mother died in 2010, according to Fox News.

Finally, Biden claimed that he had traveled 1.3 million miles on Air Force Two before the events of the story. Official vice presidential photographer David Lienemann wrote in a blog post that Biden had recently crossed the 1 million mile mark in Air Force Two — in 2016.

The Western Journal reached out to the White House for comment but did not immediately receive a response.

There are two likely explanations for why Biden would tell a story that seems to be factually incorrect, and neither one is very encouraging.

First, as many have already argued, it’s possible that Biden’s mental health is declining, causing him to misremember times and details.

Democrats insist that the 78-year-old Biden is still mentally sharp. If that is indeed the case, then the more likely scenario is that he fudged the story in order to please his audience.

Biden is currently trying to sell Congress on his $2.3 trillion dollar infrastructure plan, which includes $80 billion for train service, according to CNN.

While many of the proposals in Biden’s American Jobs Plan are completely ridiculous and unpopular, the commitment to improving the American train system has the potential to win approval.

Biden has a vested interest in telling this story. If he can portray himself as “Amtrak Joe,” it could distract from his radical proposals and pit opponents of the plan against lovable train conductors like Angelo Negri.

We can’t be sure why Biden told this story or even whether he knew that it stretched the truth. In any case, it is yet another concerning speech from the leader of the free world.

Continue reading: Joe Biden Recently Told a Bizarre Amtrak Story and the Details Don't Add Up At All ...