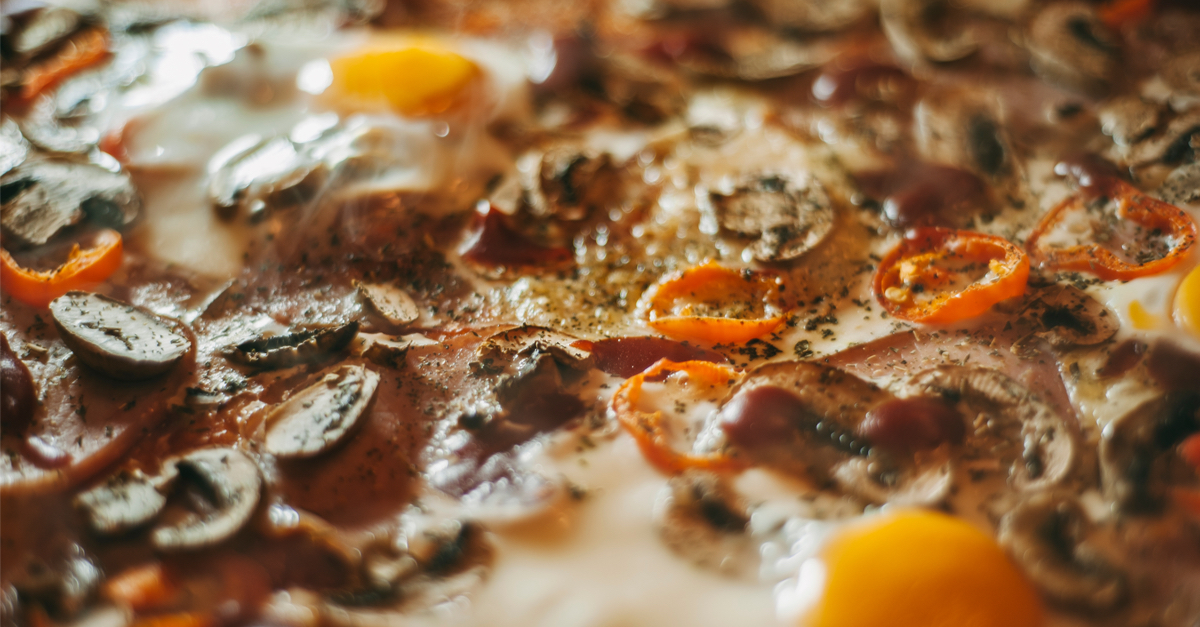 The following article, ‘Brood X’ Pizza? One Ohio Restaurant Gave it a Shot, was first published on Flag And Cross.

The 2021 is a unique one for many reasons, not the least of which being that it represents a return to normalcy from the absolutely maddening year that preceded it.

The coronavirus pandemic is effectively over, even if the mainstream media is showing major deference to the White House by allowing them to play out this silly little “July 4” storyline they’re trying to pitch.  The racial reckoning of last summer has subsided a bit, (even though the Ocean City, Maryland police department looks poised to fan the flames).  And, thank the good Lord, the Murder Hornets appear to be under control in the Pacific Northwest.

But there will be some quirks in ’21, including the return of “Brood X”:  The largest colony of cyclical cicadas known to man, who’ll return by the trillions in the coming weeks.  Their mission?  To emerge from hibernation, molt, make an awful racket of a mating call, reproduce, and then die off again.

This strange, natural cycle had one Ohio pizza shop wondering exactly what we hoped that they wouldn’t be wondering:  How are these things going to taste with a little mozzarella and red sauce?

A pizzeria in Dayton, Ohio, is causing a lot of buzz with a cicada pizza after cooking up the unusual pie and hosting a Facebook live tasting panel on Saturday afternoon.

The Pizza Bandit-which bills itself as selling authentic New York-style pies and slices-went for something a bit more obscure over the weekend, whipping up an experimental Spicy Thai Cicada Pie. On their Facebook page, the pizza shop described the final product as “18-inch handtossed dough with miso hoisin sriracha sauce, mozzarella and provolone, blanched and sautéed locally foraged cicadas, mushroom, cabbage, green onion, mango, cilantro, with a spicy Thai sauce after the bake and a Cicada wing adorned crust!”

And yes, there are pictures.

But what about the taste?

Was it all worth the effort? The very first bite inspired one taster to proclaim, “Absolutely delicious, just the cicada by itself.” The chef’s first thought was more middle of the road, however: “It’s quite crunchy.” And the food scientist wasn’t totally on board, concluding, “It’s not bad; the visual is just a problem.”

But in one of the final opinions before signing off, another taster who said he had a lot of experience with bizarre food like bugs explained, “This is completely not what I was expecting. This is extremely good. They don’t take away any flavor; they don’t add any bad flavor…. If you can get around the goo and the crunch, it’s really good.”

Unfortunately for the brave foodies out there, Pizza Bandit is unable to put this pie into their regular production cycle on account of the legal issues of foraging insects for food.