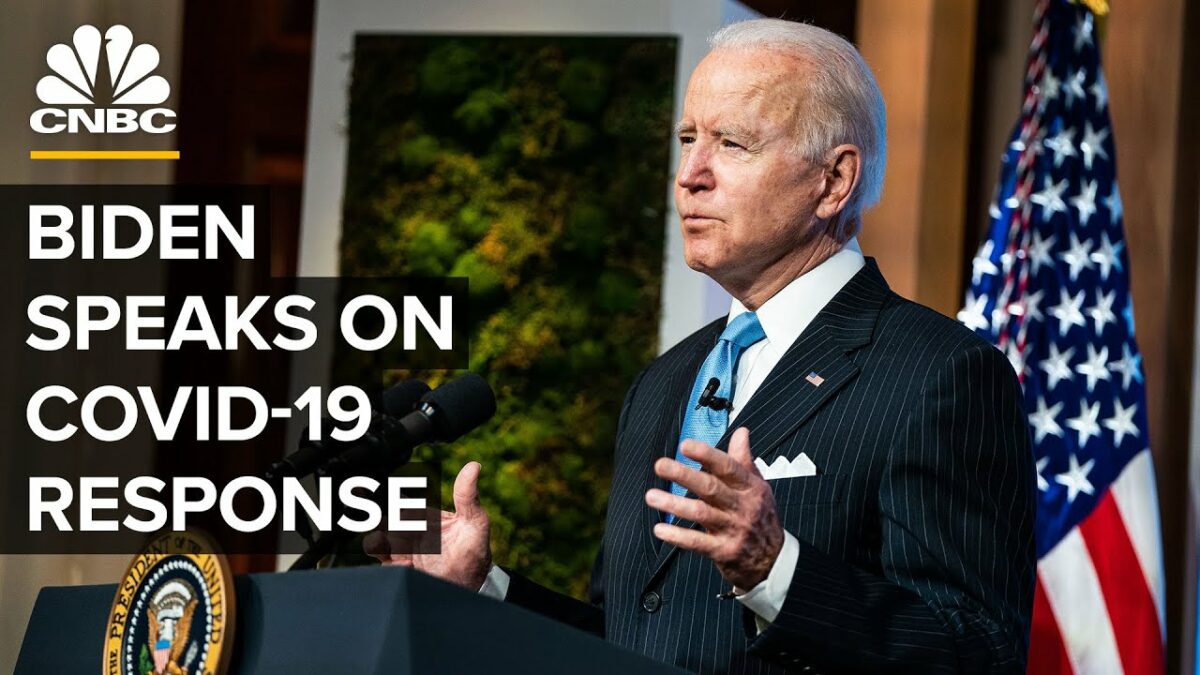 The following article, Biden's Abrupt End at Press Conference Makes a Stumbling Presidency Look Even Worse, was first published on Flag And Cross.

I understand that for some people, former President Donald Trump was too unguarded or combative when it came to the media.

I get those concerns, but here’s my question to those people now: Do you prefer a president who, when taking questions, has to cut reporters off because if he answers, “I’m really gonna be in trouble?”

Because that’s who we’ve got, at least if Tuesday’s any indication. President Joe Biden took a few questions after a short speech about the Centers for Disease Control and Prevention changing the mask recommendations for vaccinated people and OKing them to go without a facial covering outdoors, provided they were “not in a big crowd.”

“I want to be absolutely clear. If you’re in a crowd, like a stadium or at a conference or a concert, you still need to wear a mask, even if you’re outside,” Biden said during the speech. “But beginning today, gathering with a group of friends in a park, going for a picnic, as long as you are vaccinated and outdoors, you can do it without a mask.”

Glad we all got the OK to do that, considering I don’t know too many vaccinated people who weren’t going without masks outdoors already. Well, OK, maybe one:

WATCH: Biden defies science by walking outside with a mask on. pic.twitter.com/jX0Dvm24Hz

This was an unremarkable speech about an unremarkable recommendation. The only thing out of the ordinary was that he stopped to take questions, which usually isn’t his wont — although not without a fight. (As Fox News noted, many in the White House press corps have expressed frustration over the fact Biden hasn’t made himself available for question-and-answer periods.)

Here’s how he tried to end the speech: “Thank you all and God bless you, and as much as the temptation is to stay outdoors in this beautiful day, I’ve got more work to do. Thank you all very, very much. Bye-bye.”

However, the queries from the press gaggle were a bit too distracting for the president, who resembled nothing so much as a senior cat trying to chase a laser pointer when faced with the media:

“You chose to wear a mask as you walked out here. What message were you sending by wearing a mask outside, alone?” one reporter asked.

“And watching me take it off, and not put it back on till I get inside,” Biden unhelpfully replied.

As for preconditions for meeting with Vladimir Putin: “I’ll discuss that all another day. Thank you.”

Finally, there was a question about the vaccine to do with India. A TL;DR primer: India is having problems meeting its vaccination goals and is setting records for new infections, despite the fact most vaccines are made in India. As part of Biden’s invocation of the Defense Production Act, raw materials to make vaccine-related supplies like vials can’t be exported out of the United States. As PBS noted, Biden committed Sunday to exporting COVID-related supplies to India.

Just as India sent assistance to the United States as our hospitals were strained early in the pandemic, we are determined to help India in its time of need. https://t.co/SzWRj0eP3y

In any event, that’s a lot of backstory to get to where Biden had to tell reporters “I’m really gonna be in trouble” if he keeps on answering questions:

Well, that’s an odd note to end on. The rest of the answer was a bit of a ramble through all of the talking points on India: We’re giving them drugs and “actual mechanical parts that are needed for the machinery they have to build a vaccine” and we’ll likely be able to start sending vaccines to India depending on whether the promising Novavax inoculation, which has less stringent storage requirements than mRNA vaccines and proved just as effective as the two mRNA shots in a U.K. trial, is approved in the United States. Nothing was problematic or off-message, but it was also a bit mush-mouthed and disorganized. (It also sent Novovax stock soaring, according to Reuters.)

Thus the question: Why was he “gonna get in trouble” if he kept on answering questions?

Who will Biden “get in trouble” with for taking basic press questions? He’s the PRESIDENT!

The charitable answer is that Biden’s first speech before a joint session of Congress is Wednesday. The speech is set to be half self-congratulation for meeting vaccine milestones and half sales-pitch for the trillions of spending he’s trying to get Americans to sign on to, according to The New York Times. It’s worth noting, though, that Biden has already delayed the speech long beyond when a newly inaugurated president would usually do so; if he’s pulling an all-nighter for a final paper he’s gotten multiple extensions on, that’s not a great sign.

The less charitable answer could be found from his first full news conference, also long-delayed. For those of you who don’t remember the March 25 event, here are three tweets from NBC News senior political reporter Jonathan Allen during that news conference, presented chronologically:

Biden is knocking this out of the park so far.

“I just find it frustrating” Biden says, then trails off without finishing the thought.

Just in case you forgot the moment:

It’s no secret our 46th president is subject to diminishing returns on both the macro and the micro level. On the macro, as a rhetorical pugilist, Biden was never fleet of foot even in his younger years. However, in the gaffe department, Biden’s 2020 candidacy resembled nothing so much as a late-career Muhammad Ali, flat-footed and absorbing terrible beatings. (It helps when the media does your punching for you, however.)

On the micro level, you can watch the slow descent to a nap in real time during any appearance by Biden that lasts longer than 15 minutes. This time, you didn’t even have to wait that long; his answers to reporters weren’t exactly crisp. During the news conference, the degradation of his performance was pretty noticeable.

The shorter the speeches, the fewer the questions, the more guarded he is, the less likely it is he embarrasses himself. He’s not gonna get in trouble. Consider, however, that he did this after a speech of less than 10 minutes and only a few media questions. Then consider that it only gets worse from here. It should be an interesting four years, at this pace.