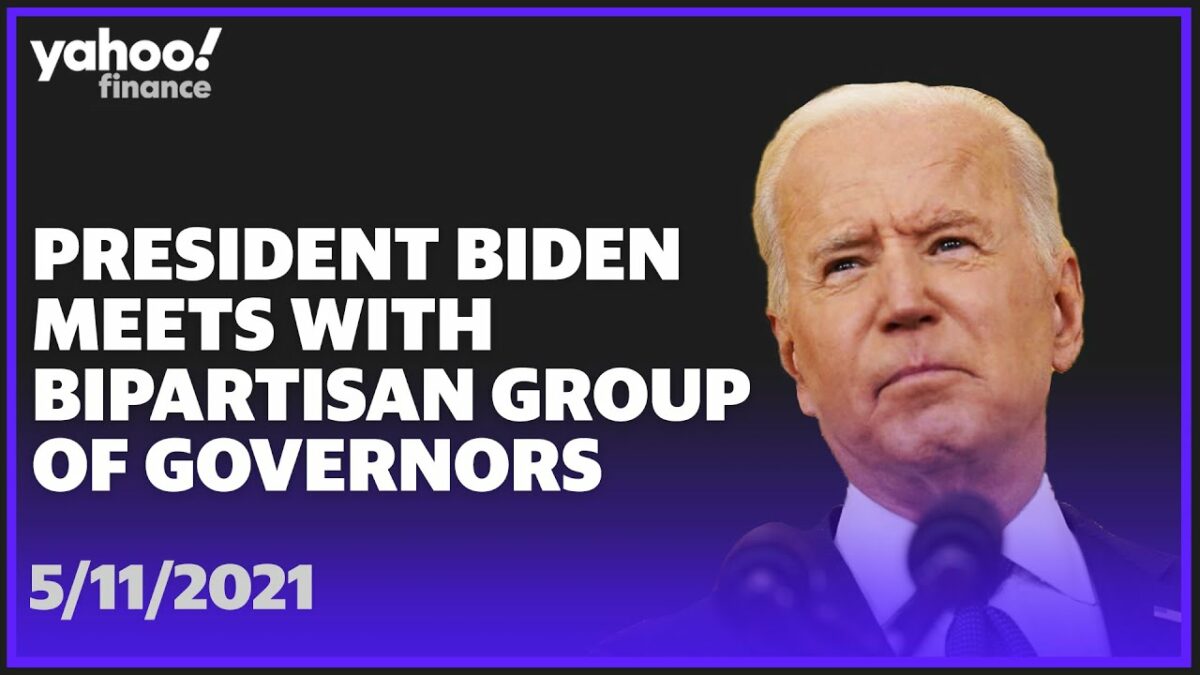 The following article, Biden Stumbles Through Livestream Event, Makes Multiple Blunders: 'Excuse Me, I Misspoke', was first published on Flag And Cross.

President Joe Biden began a White House livestream Tuesday with a stumbling start as he met virtually with a bipartisan group of governors about COVID-19 vaccinations.

The president began with a laugh, saying, “I’m just waiting for them to tell me when we get going here since we’re livestreaming this.”

He was then told the event was ready to begin.

Minute after live stream started, Biden says “I’m just waiting for them to tell me when we get going here since we’re live streaming this” pic.twitter.com/yV21Hz646I

“I’m supposed to look over here instead of at you guys,” Biden added to the people on the screen a few seconds later.

It was unclear exactly where Biden was “supposed to look.”

Later in his remarks, the president appeared to be struggling to read off the teleprompter, according to a tweet from the Republican National Committee.

The stumble added to other recent gaffes by the president.

During a speech in Virginia last week, Biden announced what would have been the biggest tax cut since the federal income tax was instituted in 1913.

PRES. BIDEN: “Anybody making less than $400,000 a year will not pay a single penny in taxes.” pic.twitter.com/37GkyPeY1K

“The reason I’m bothering to do this is I keep hearing on the press, ‘Biden’s going to raise your taxes,’” Biden told the audience at Tidewater Community College.

“Anybody making less than $400,000 a year will not pay a single penny in taxes. And we will not increase the deficit either, unlike the last gigantic tax cut, which increased the deficit by $2 trillion.”

“I know how proud you are of the people of Japan are. And you’ve got a Japanese boy coming over here, and guess what, he won the Masters.” pic.twitter.com/cJ7cnm6FPd

In March, the White House altered a transcript after Biden mixed up the names of the president of Afghanistan and the former leader of the Pakistani military.

“And General Austin is — just met with Kayani and I’m waiting for the briefing on that,” Biden said.

The White House transcript, however, read: “And General Austin is — just met with Ghani and I’m waiting for the briefing on that.

“He is the — the ‘leader,’ quote, in Afghanistan and Kabul.”