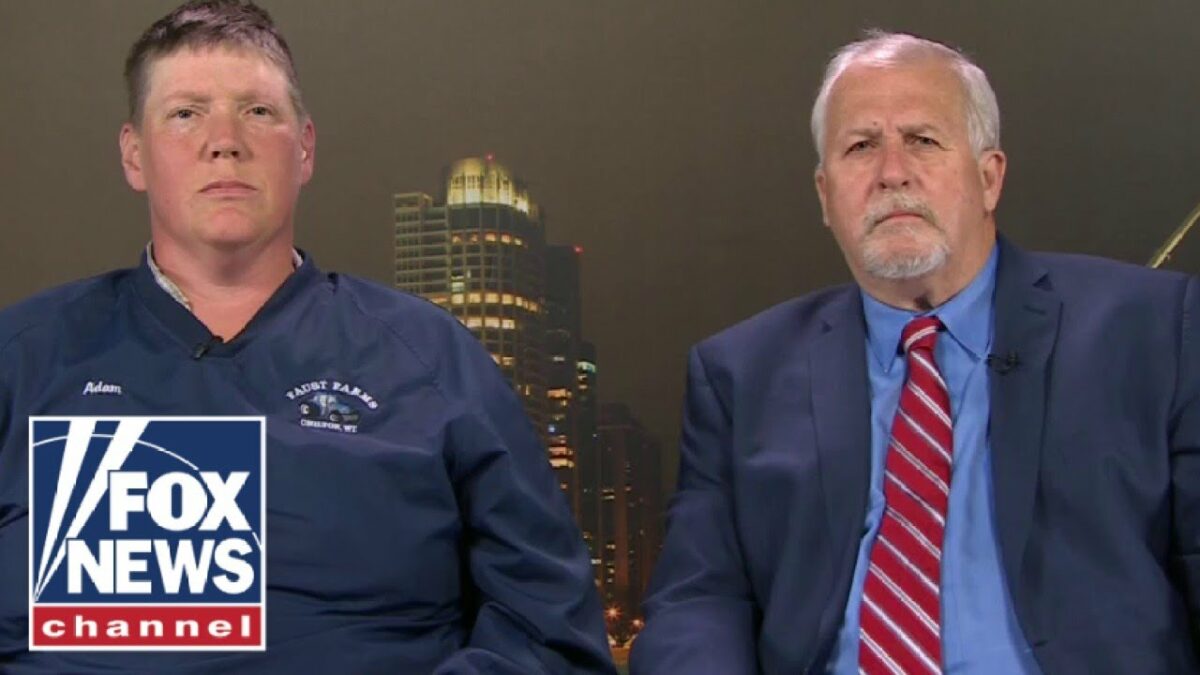 The following article, Biden Plan to Bailout Farmers Based on Skin Color Alone Halted by Judge, 'Unconstitutional' Program Leaves out Whites, was first published on Flag And Cross.

A federal judge has issued a temporary restraining order blocking a $4 billion, taxpayer-funded Biden administration program that bails out minority farmers but excludes white farmers because of their race.

In his June 10 ruling, Judge William Griesbach — an appointee of former President George W. Bush — said the U.S. Department of Agriculture will not fix racism by being racist.

The lawsuit was originally filed in April against Agriculture Secretary Thomas Vilsack by 12 white farmers in nine states.

One of them is a disabled Wisconsin man, Adam Faust, who appeared on Fox News’ “Tucker Carlson Tonight” in early May to discuss the discrimination:

“Racism against anybody is wrong,” Faust told Carlson. “You can’t have a government that’s … picking and choosing who they’re going to give any programs to based solely on the color of their skin.”

The taxpayer-funded program at issue is Section 1005 of the Biden administration’s “American Rescue Plan Act.”

The program pays up to 120 percent of the direct or guaranteed farm loan balances for farmers or ranchers who are “Black/African American, American Indian, Alaskan Native, Hispanic/Latino, Asian American, or Pacific Islander.”

The USDA had premised the anti-white, $4 billion initiative on a dubious claim that it needed to remedy “past and present discrimination” against those groups.

On its website, the USDA said it’s trying to address “the cumulative effects of discrimination among socially disadvantaged producers with a program of debt relief and long-term racial equity work.”

It’s unclear why a disabled white farmer is not considered “socially disadvantaged” and worthy of being helped by his own government.

Griesbach was appalled that the debt-relief program does not even consider the financial status of applicants — just their race.

This means that a white farmer who’s broke would be rejected for government aid, while a financially successful black farmer would get the federal help.

The judge also wrote that while the Department of Agriculture claims the program is designed to “help socially disadvantaged farmers affected by COVID-19, it does not provide relief based on losses sustained during the pandemic.”

Griesbach found Section 1005 was not narrowly tailored to help farmers in need, but instead is government-authorized discrimination against whites.

“Instead, the only consideration in determining whether a farmer or rancher’s loans should be completely forgiven is the person’s race or national origin,” he wrote. “Plaintiffs are excluded from the program based on their race and are thus experiencing discrimination at the hands of their government.”

The judge wrote that Congress should implement race-neutral programs to help struggling farmers and ranchers “but it cannot discriminate on the basis of race.”

Near the conclusion of the order, Griesbach indicated he thought the lawsuit against the USDA would ultimately be successful.

“Because Plaintiffs have established a strong likelihood that Section 1005 of the ARPA is unconstitutional, the public interest favors the issuance of a temporary restraining order,” he wrote near the end of his 10-page order.

Griesbach echoed the sentiments of Republican Sen. Lindsey Graham of South Carolina, who has slammed Section 1005 as a thinly-veiled reparations hustle.

“In this bill, if you’re a farmer, your loan will be forgiven up to 120 percent of your loan — if you’re socially disadvantaged, if you’re African-American, some other minority,” Graham told Fox Business host Maria Bartiromo in March.

The plaintiffs are being represented by the Wisconsin Institute for Law & Liberty. The firm’s general counsel, Rick Esenberg, applauded the judge’s decision to grant the restraining order.

“The Court recognized that the federal government’s plan to condition and allocate benefits on the basis of race raises grave constitutional concerns and threatens our clients with irreparable harm,” Esenberg said in a statement. “The Biden administration is radically undermining bedrock principles of equality under the law.”

According to the Milwaukee Journal Sentinel, the Department of Agriculture responded in a statement declaring, “We respectfully disagree with this temporary order and USDA will continue to forcefully defend our ability to carry out this act of Congress and deliver debt relief to socially disadvantaged borrowers. When the temporary order is lifted, USDA will be prepared to provide the debt relief authorized by Congress.”

This discriminatory, taxpayer-funded “equity” program is illustrative of the Biden administration’s entire platform, which is to reward certain race groups while punishing others.

Americans must open their eyes and see what today’s leftists are doing: They are stoking and weaponizing racial resentment as part of a cynical power grab. The groups they’re pandering to should not delude themselves into thinking Democrats actually want them to succeed.

If anything, the more these groups remain downtrodden and view themselves as perpetual victims, the more control the liberal ruling class has over them. Wake up.