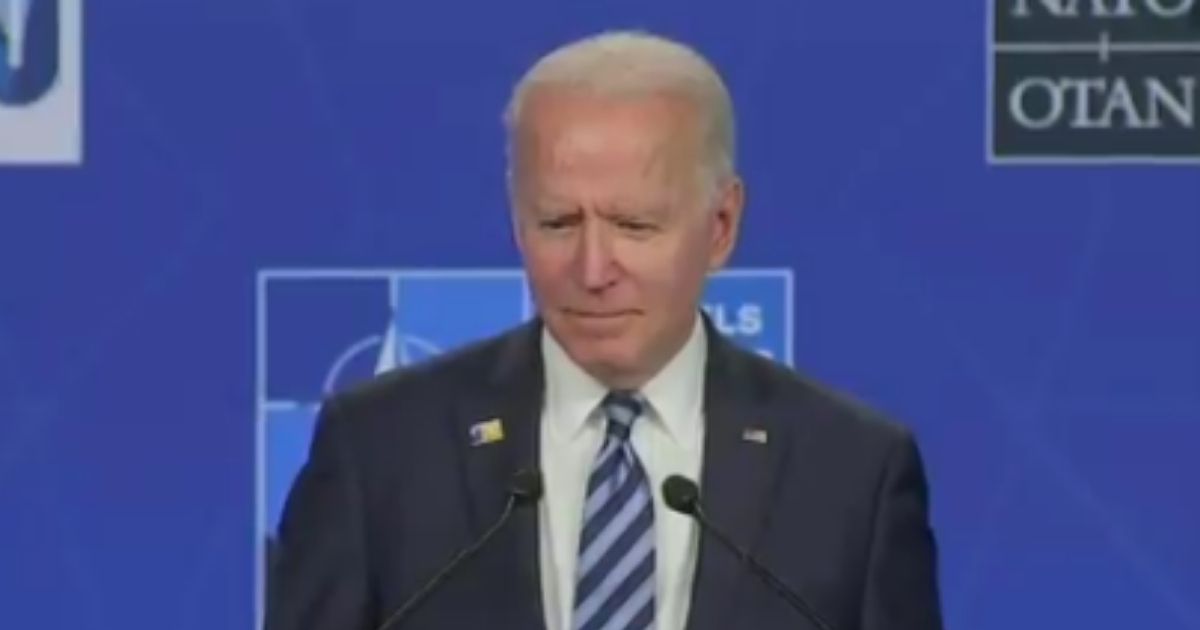 The following article, Biden Laughs, Goes Silent for Nearly 10 Seconds After Reporter Asks About Putin, was first published on Flag And Cross.

When asked Monday about his past comment branding Russian leader Vladimir Putin as a “killer,” President Joe Biden hemmed, hawed and was silent.

“In a weekend interview, Vladimir Putin laughed at the suggestion that you had called him a killer. Is that still your belief, sir, that he is a killer?” Biden was asked during a Monday news conference at the annual NATO meeting in Belgium.

“I’m laughing, too,” Biden said by way of reply as he bought time to frame a response.

“Actually, I, well, look, he has made clear that uh,” Biden replied haltingly before his train of thought ground to a complete halt.

The leader of the free world’s brain just completely broke when he was asked if Putin is a “killer” pic.twitter.com/q1pEK4nMFp

“The answer I believe he has in the past essentially acknowledged that he was, or certain things that he would do or did do,” Biden said roughly eight or nine seconds after his previous train of thought trailed off into silence.

Biden then tried to find wiggle room in his comment.

“But look, when I was asked that question on air I answered it honestly, but it’s not much of a …” Biden said, leaving the last part of his comment dangling.

“I don’t think it matters much in terms of this next meeting we’re about to have,” he said.

In March, Biden was asked during an ABC interview if he thought Putin was a “killer.”

Biden on Monday also praised Putin while saving some for himself for meeting Wednesday with the Russian leader, according to the New York Post.

“And I have found that he is a — as they say when we used to play ball — a worthy adversary,” he said.

Biden said that “every world leader here as a member of NATO, that spoke today … thanked me for meeting with Putin.”

“There were probably about 10 or 12 that spoke to it, saying they were happy that I did that, and I was going to do that,” he said. ”And they thought it was thoroughly appropriate that I do.”

Biden claimed “I haven’t found a world leader” who thought his Putin meeting was “too soon.”

”So there is a consensus. And they thanked me for being willing to talk with them about the meeting,” he said.