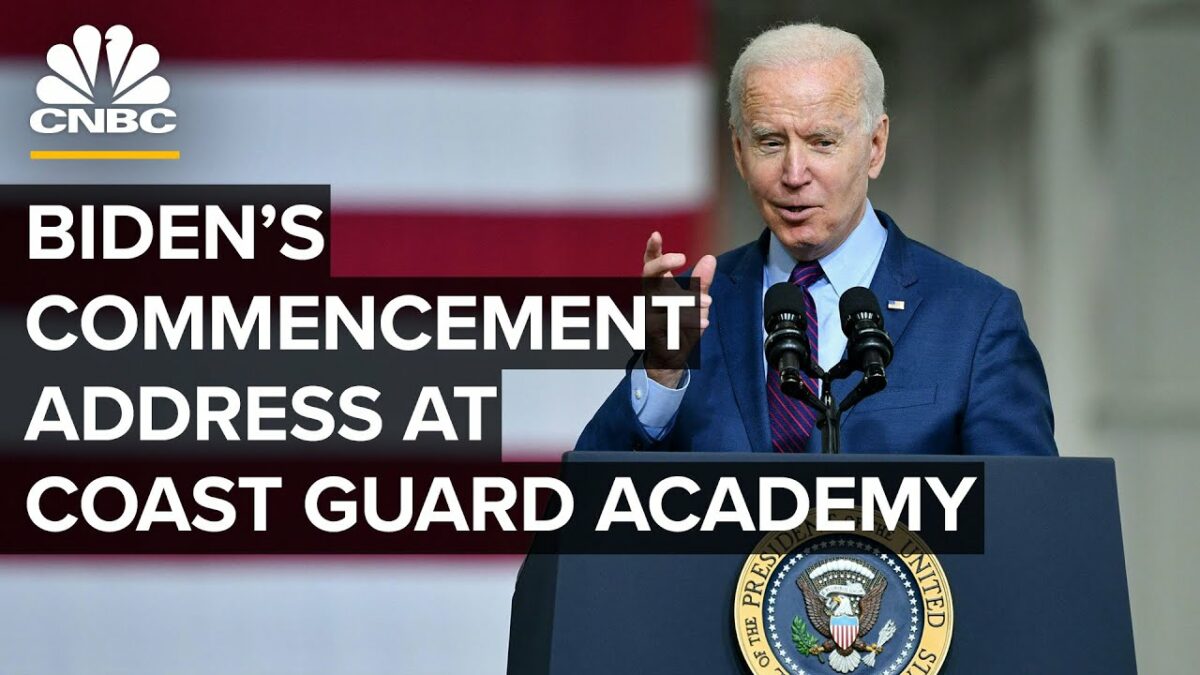 The following article, Biden Calls Coast Guard Academy Graduates 'a Really Dull Class' When They Don't Clap During His Speech, was first published on Flag And Cross.

President Joe Biden insulted a class of U.S. Coast Guard Academy graduates for not laughing at a joke he told as he delivered the commencement address Wednesday in Connecticut.

The Hartford Courant reported that Biden delivered remarks at the U.S. Coast Guard Academy’s 140th commencement Wednesday in New London. The newspaper classified his speech as having been “upbeat” — though that description might not be entirely accurate.

Throughout his remarks, the president celebrated the focus on identity politics, climate change and other leftist causes continually being accepted by those in the top ranks of the military.

“With the pace of climate change accelerating, we’re seeing more frequent and intense storms,” he said. “Last year was the most active hurricane season on record. Thirty named storms. And the Coast Guard was always there to respond, even at the height of the pandemic.”

Biden congratulated the Class of 2021 for being the “most progressive, best educated, least prejudiced … generation in American history,” while noting that one-third of cadets are women and one-third are minorities.

But after focusing on the politicization of the next generation of Coast Guard leaders, the president became visibly frustrated after a joke he told didn’t land.

“I can only assume that you will enjoy educating your family about how the Coast Guard is, quote, the hard nucleus around the Navy forms in times of war,” he said.

None of the cadets laughed or clapped, which left Biden visibly peeved.

“You are, you are a really dull class. Come on, man,” Biden said.

“Is the sun getting to you? I would think you’d have an opportunity when I say that about the Navy to clap — to be here together,” he continued.

Biden has his “please clap” moment after making a wisecrack about the Navy at the Coast Guard Academy.

“You’re a really dull class. Come on, man. Is the sun getting to ya?” pic.twitter.com/9NIUa6yjju

As Lt. Eric Nielsen explained in a 2016 post on the Coast Guard’s website, the president’s line referenced a question asked of recruits.

“All who enter Coast Guard boot camp are asked a seemingly innocuous indoctrination question: ‘What is the Coast Guard?’ To which the appropriate response is: ‘The Coast Guard is the hard nucleus about which the Navy forms in times of war, sir!'” Nielsen wrote.

Biden quickly recovered from the arguably awkward moment as the cadets eventually clapped and cheered.

“All kidding aside,” he said, “being here together is a victory in and of itself — an important mark in the progress we’ve made to turn the tide of this pandemic.”

The president also later laughed off the tough crowd, asking them to recall that while in the academy, “you got a haircut that showed every damn bump in your head,” but saying their experience was worth it.

Biden told the graduates that now that they will be moving on into military leadership positions, they will be absolved of any of the less-than-savory behaviors some might have participated in while training to lead the branch into the future.

He then joked that as a college student, he was not always so well-behaved.

“You have no idea how much I wish I’d been able to do that at my graduation at the University of Delaware,” the president said. “I needed absolution. Y’all think I’m kidding? I’m not.”

You can watch the entire ceremony in the video below:

USA Today reported 240 cadets graduated from the academy on Wednesday.