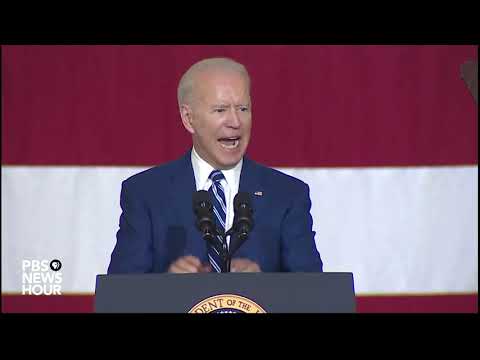 The following article, Biden Botches the Declaration of Independence: Including 'Life, Liberty, Et Cetera', was first published on Flag And Cross.

President Joe Biden butchered a key line from the Declaration of Independence in a speech to troops last week at a Virginia military installation.

“Every other nation you can define by their ethnicity, their geography, their religion, except America,” Biden said Friday at Joint Base Langley-Eustis in Hampton, Virginia.

“America is born out of an idea: “We hold these truths to be self-evident, that all men and women are created equal … endowed by their creator with certain inalienable rights, incluing life, liberty, et cetera,” Biden said.

That’s right — the president of the United States left out “and the pursuit of happiness” while addressing the military he commands.

In his next line, according to a White House transcript, he almost clarifies why understanding the founding documents is so important, making the whole situation seem more ludicrous.

“None of you get your rights from your government; you get your rights merely because you’re a child of God,” he said, according to the transcript. “The government is there to protect those God-given rights. No other government has been based on that notion. No one can defeat us except us,” Biden said, although many in his own party might disagree.

“It’s an idea that generations of patriots have fought and died for to defend it. I know that’s a conviction that each and every day you all share. That’s why you joined up, why you run around danger when duty calls,” he added.

Unfortunately, this is not the first time the president has been stumped by the Declaration, which has been studied in history classes for generations.

One can assume that “the thing” is God. Basic civics is hard, right?

Soundbite-based political discourse is not always meaningful, but come on.

Biden loves to put on a folksy persona, and tried to do the generic patriotic song and dance routine when speaking with troops Friday.

It would not be surprising if he and his White House staff think that truly patriotic Americans are not well informed, so he can easily let mistakes like this slide.

While it is just yet another gaffe in this president’s 48-year long career, fudging the best-known most crucial components of the document this country is based upon is an insult to the intellect of the American people.

Whether our adversaries and political extremists within our own country like it or not, Americans will always have the God-given right to life, liberty, and the pursuit of happiness.

Even if Biden can’t remember it.