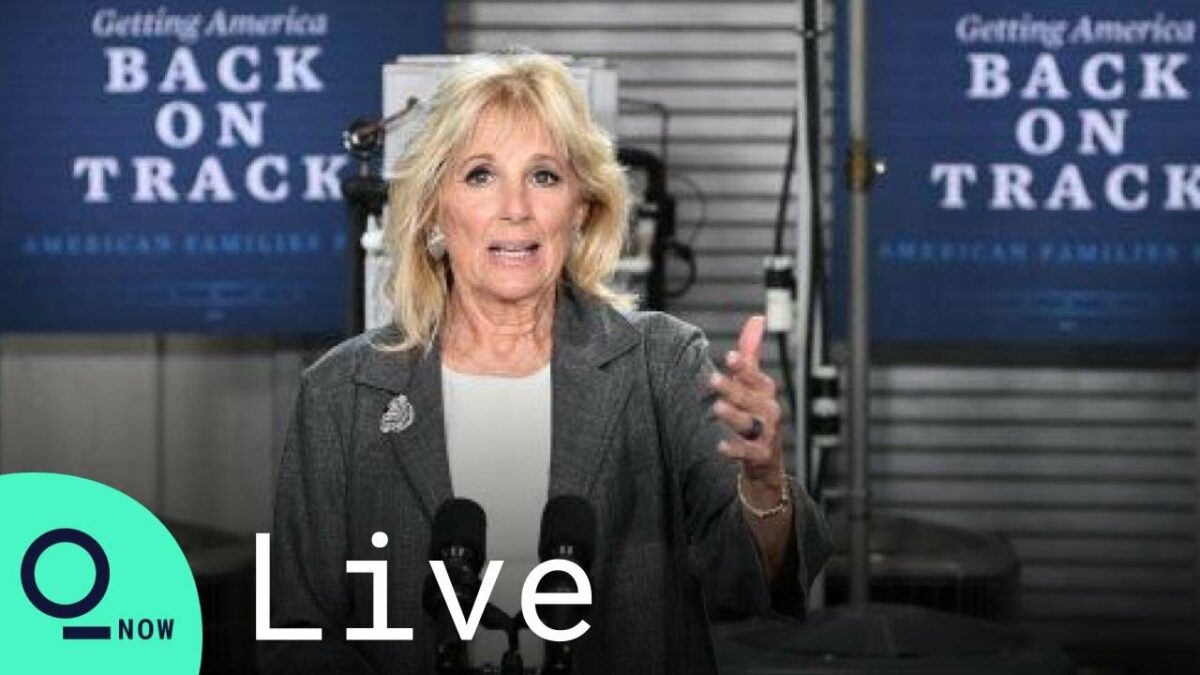 The following article, Another Biden Gaffe: Americans Making Under $400K Will ‘Not Pay a Single Penny in Taxes’, was first published on Flag And Cross.

Happy days are here again, all thanks to President Joe Biden.

No, I’m not talking about all of the unity, normalcy and moderation he promised to bring to the office. In fact, if unity, normalcy and moderation were in a small town on the Kansas plains, the Biden presidency has thus far been an F5 tornado. The only difference seems to be when the tornado hits, the Weather Channel doesn’t send its version of Brian Stelter out to the site to say “how refreshing” the supercell was.

Rather, my happiness comes from the fact the president seems to have had a Damascene road conversion to bedrock conservatism.

We’re not just talking Ronald Reagan conservatism. We’re not even talking Calvin Coolidge-level stuff. Here’s Biden going straight-up Friedrich Hayek during a speech in Virginia on Monday where he announced the biggest tax cut since the federal income tax was instituted in 1913:

PRES. BIDEN: “Anybody making less than $400,000 a year will not pay a single penny in taxes.” pic.twitter.com/37GkyPeY1K

“The reason I’m bothering to do this is I keep hearing on the press, ‘Biden’s going to raise your taxes,'” Biden told the audience at Tidewater Community College in Yorktown, Virginia, on Monday, according to a Rev.com transcript.

“Anybody making less than $400,000 a year will not pay a single penny in taxes. And we will not increase the deficit either, unlike the last gigantic tax cut, which increased the deficit by $2 trillion.”

That’s some magic trick you’ve got there, Mr. President. Eliminating taxes for anyone under $400,000 and ensuring the deficit doesn’t go up by a single cent? Impressive.

If you’ve guessed that this is a classic Biden gaffe in a long history of Biden gaffes, you’re not wrong. There are a few reasons why this matters, and not just because President Biden’s verbal solecisms aren’t covered with the same ferocity as presidential verbal missteps were during the George W. Bush years, where Jon Stewart would still cackle when the Dubya-centric neologism “misunderestimated” was uttered by a “Daily Show” guest.

But first, President Biden’s tax plan, which would raise taxes on those earning more than $400,000. According to The Wall Street Journal, the top income tax rate would be 39.6 percent for the top bracket, up from 37 percent. The peak rate on capital-gains taxes and dividends would go up to 39.6 percent from 20 percent and the peak rate on wages and capital gains would go up to 43.4 percent from 23.8 percent.

And then there’s the corporate tax rate, which Biden plans to raise from 21 percent to 28 percent, all while potentially establishing a global tax rate of 21 percent on foreign profits, according to Reuters.

The problem with this logic is that high taxes on the rich have effects on spending and investments that reverberate far beyond those who earn more than $400,000, and corporate taxes are invariably passed on to workers, consumers and shareholders, because, since a corporation is not the federal government, its money has to come from somewhere.

That kind of reality is lost on the Biden administration, where officials act as if our 46th president has slain Reaganomics from the moment he took the oath of office and now stands victorious atop its battered, putrid corpse.

They also repeat the same rhetoric ad nauseam to stay on message — particularly when it comes to Biden himself, who doesn’t do well when he leaves the road more traveled.

Perhaps that’s why he gaffed on Monday: He’s bored with his own rhetoric. The word “penny” appears four times in his speech on Monday, according to the transcript.

First time: “And here’s what the American Families Plan doesn’t do: It doesn’t add a single penny to our deficit. It’s paid for by making sure corporate America and the wealthiest 1 percent just pay their fair share.”

Second time, shortly thereafter: “You know, we have out there this year, you have 50 corporations making $40 billion and didn’t pay a single penny in taxes. Not a single penny.”

The words “fair share” appear a further six times, just in case you didn’t get the point. Here’s Biden talking about siccing the IRS on wealthy tax scofflaws, one of the ways the administration claims it can make their massive spending bills pay for themselves:

“We can take this money and pay for universal pre-K for every 3- and 4-year old in America,” Biden said, according to the transcript.”So what is better, making people just pay their fair share, paid family leave, child care cost of working families maximum of 7 percent of their income? Again, it’s a choice. It’s more important to shield millionaires from paying their fair share, or is it more important that every child gets a real opportunity to succeed from an early age and ease the burden on working families?”

Check out the statement here:

I’d get bored repeating this stuff, too.

There’s another reason Biden’s gaffe is troubling, and it also has to do with the clip above. You can tell what he’s saying, sure, but it’s not necessarily the most coherent thought. That came during the 13th minute of Biden’s speech. The gaffe in which he announced the elimination of income tax for anyone making under $400,000 came two minutes later.

Anyone who pays attention to Biden’s speeches knows the tendency toward progressive deterioration on the president’s part.

Last March, just as in-person campaigning was coming to an end, The Washington Post noted that Biden was beginning to embrace brevity, presumably at the request of his handlers.

“The less Biden strays from his streamlined and teleprompter-ed remarks, the less likely he is to make a gaffe that could damagingly ricochet around the Internet,” wrote The Post’s Cleve R. Wootson Jr. “Even with his shorter speeches, he’s made an unforced error or two. In his Sunday remarks at New Hope Baptist Church (14 minutes), he derided Mississippi’s former governor for not accepting Medicare-for-all — which happens to be Sanders’s chief policy proposal — instead of the Affordable Care Act.

Wootson added that “Biden’s critics have seized on the length of his sometimes-meandering stump speeches and occasionally labyrinthine tangents as a sign that he lacks focus and sharpness.”

Biden’s speeches function as a kind of reverse Parkinson’s law, the old maxim that states work expands to fill the time allotted. In Biden’s case, the gaffes and meandering shrink to squeeze into the time allowed him.

And yet, no one seems to care anymore.

We’ve spent the last few months wringing our hands over the supposed ills caused by Asian stereotyping. Yet, when Biden called 29-year-old Masters winner Hideki Matsuyama a “Japanese boy” to the face of the Japanese prime minister, nobody in the mainstream media batted an eye.

When Biden whiffed on the name of the Afghan president at a March 25 news conference and the White House’s official transcript was altered so that it appeared he did not make the error, crickets erupted in the mainstream media.

And then there was this moment during that same news conference (which was only an hour long, filled with softball questions and still produced noticeable degradation in the president’s performance):

I’ve been feeling the same way about his presidency.

Unfortunately, it’s too much to hope for that Biden’s tax-gaffe gets put to paper and sent to Congress, where it goes unnoticed by Democrats and becomes law. (They’re a bit more meticulous than the president, I fear.)

A man can dream, though — and, as Tornado Biden tears through our nation’s taxpayers and businesses at the same time he lays waste to unity, normalcy and moderation, I can picture a utopia where the tax-and-spend scales fell from Joe Biden’s eyes on May 3, 2021, and all of us making under $400,000 didn’t owe a penny to the federal government. Happy days, indeed.

Continue reading: Another Biden Gaffe: Americans Making Under $400K Will ‘Not Pay a Single Penny in Taxes’ ...