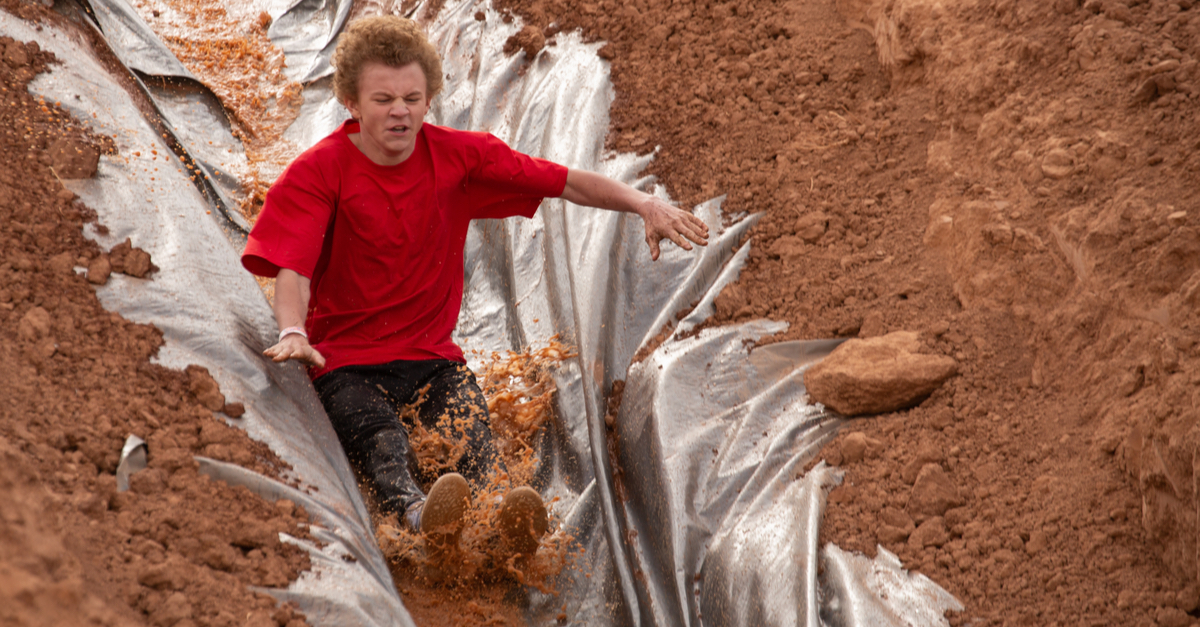 As a child, nothing could quite bring the sunny summer neighborhood together quite like a Slip ‘N Slide:  That magical length of wet, slippery plastic that we would run and dive onto, speeding across our yard or down a hill and into, hopefully, a nice, soft end.

Of course, as adults, the prospect isn’t quite as cheery.  The device looks more like a quick way to get to the ER than splashy, summertime fun.  After all, this is just a piece of wet plastic sitting atop whatever roots and rocks already exist underneath.

And don’t get me started on the friction burns.

But there is one Slip ‘N Slide fate worse than bumps and burns, and NBC found out about it the hard way.

Production on NBC’s upcoming competition show “Ultimate Slip ‘N Slide” was halted after more than three dozen crew members were sickened by an outbreak of “awful explosive diarrhea,” according to a report on Friday.

The sickening conditions left people “collapsing” on set and “being forced to run into port-o-potties,” a source with knowledge of the incident told TheWrap.

Filming of the new Bobby Moynihan– and Ron Funches-hosted program, in which competitors complete various challenges on the classic outdoor slide, has now been shut down indefinitely, according to the outlet.

NBC did suggest that they would be looking to complete the filming of the program, but there was no set timeline for the finale.