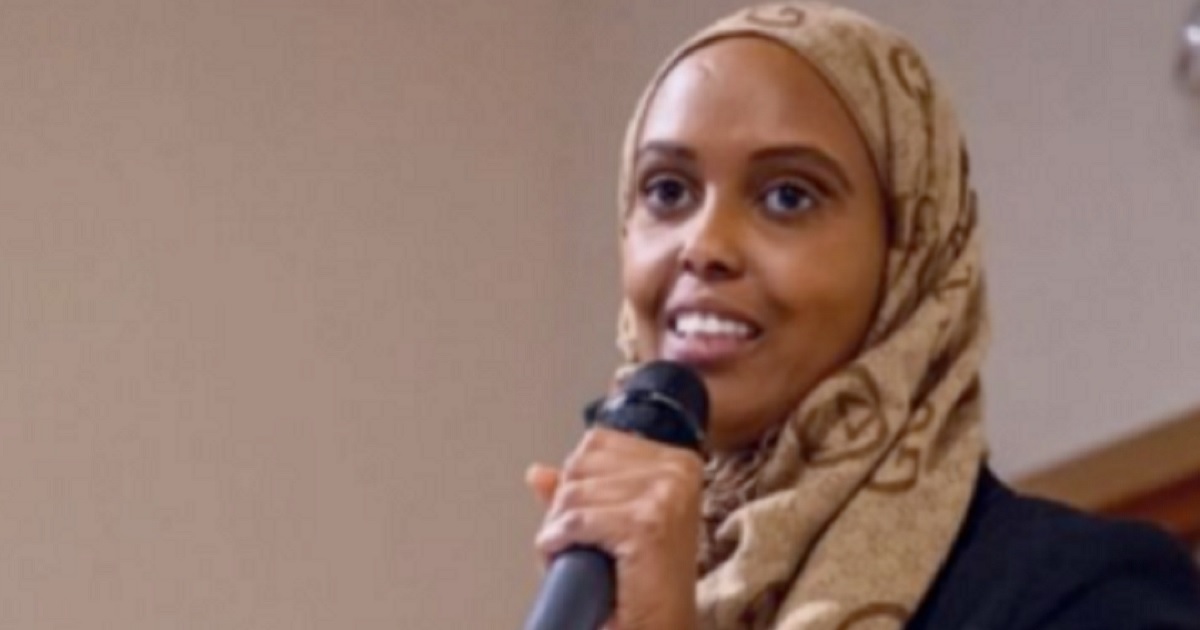 The following article, Leftist Candidate Stormed a School Bus, Terrorized Kids by Saying She Could Have a Bomb, Ranted About Somalia, was first published on Flag And Cross.

Ubax Gardheere is a community activist and progressive candidate for King County Council in Washington state. Given that’s the home of Seattle, someone with left-wing chops and a high enough profile has a decent chance of winning.

“I’m running because I’ve had more than two decades of first-hand experience with the creativity and adaptability of communities in finding systemic solutions to the issues that affect them,” Gardheere said when she announced her nomination in May, according to the Seattle Medium, a weekly newspaper owned by Tiloben Publishing Co., “the largest African American owned and operated communications company in the Pacific Northwest.

“I believe that my organizing skills and policy chops will help the county government pivot to community-driven, rather than top-down, policies that truly address the root causes of our multiple crises.”

Gardheere is already the head of the Equitable Development Division of the City of Seattle’s Office of Planning and Community Development, according to the Medium. And she has some perfervid supporters in relatively high places:

“I would follow Ubax anywhere,” state Sen. Rebecca Saldaña told the Medium. “She is a talented, courageous, no-nonsense leader we need to ensure our county centers black health, wealth and economic opportunities.”

And, according to court documents reported last week, Gardheere once boarded a Seattle school bus, intimated she might blow it up, said that “Americans were bad people” and mocked students who got off the bus as “cowards.”

New litmus test for Democrats in 2021: If you threaten to blow up a school bus full of children, you should not run for office.

The court documents from the 2010 case were reported Friday by The Post Millennial, a conservative Canadian online news outlet, and were also reviewed by Fox News.

They describe an alleged Jan. 12, 2010 incident in which Gardheere boarded a Highline School District bus headed to Chinook Middle School in Bellvue, Washington.

After boarding, the documents state, Gardheere commanded the driver to call his dispatcher and say “that a national security incident was going on.”

“More than one student reported her saying Americans were bad people,” the court documents stated, according to Fox.

She was told to leave the bus by both the driver and students, which is when she told them she could be armed with a bomb.

“You need to calm yourselves down ’cause I could have a bomb. Look how loose my clothes are,” she said, according to an audio recording described in the court documents, Fox reported.

“While speaking with the middle school students, the defendant stated that she might have a bomb and might have a gun,” deputy prosecutor Gretchen Holmgren wrote, according to Fox.

“When students attempted to escape out the back of the bus, she called them cowards and told them they would be responsible if something happened to their classmates. Several students believed she had a weapon of some kind and many feared for their lives.”

When King County sheriff deputies arrived to arrest her, she told them she was “prepared to die,” although she didn’t have any weapons on her, Fox reported.

Charged with a felony, Gardheere eventually pleaded down to a misdemeanor, Fox reported.

In an interview published Tuesday by the Seattle Emerald — a “nonprofit, reader-supported, hyperlocal media” — Gardheer alluded to the incident a few times without actually mentioning what she was accused of — which, given the situation, is probably smart.

When asked about her lived experience, she said in part that “[i]t means being a brand new mother and going through postpartum depression and then actually having a mental breakdown and being criminalized for that, instead of getting the mental health [support] that I needed.”

“Eleven years ago, when I had my second born, I had a breakdown in a very public way, and I was criminalized for that,” she said later in the interview, when asked about how she wanted to “create community-based alternatives to policing.”

In an interview with the alternative newspaper the Seattle Weekly published nine days after the incident, however, she described her state of mind thusly: “I’m thinking in my head, ‘what can I say or do that will get you taken to jail instead of a mental institute?’”

In the interview, she said she was suffering from postpartum depression as well as trauma from a visit to her in-laws in Dubai in 2008 on her way to visit Somalia. She also claimed she had been nearly raped and recently beaten up.

Whatever the case, the court documents paint a troubling picture. Even more troubling is the fact it might not dissuade the kind of person who would vote for Ubax Gardheere in the first place.

When asked about her economic policies in her interview with the Seattle Emerald, Gardheere said she wanted to build a “regenerative and restorative economic transformation system.”

“Again, we live in a capitalistic system where it’s based on individualism, [while] this building a regenerative system for me, it’s more like a collective,” she said later in the interview.

As for why she’s running: “I’ve been going through a lot of legislative Democratic endorsements, and honestly, it’s just been so triggering the way they talk,” Gardheere said. “They will say things like ‘We need a moderate Democrat to beat this Republican,’ or saying that this person is more electable. When they’re talking about who would they mean by moderate Democrat, it’s somebody that’s adjusted to whiteness.”

If, like state Rep. Saldaña, you would follow her anywhere with that kind of rhetoric, the story of how she allegedly terrorized a bus full of children with a bomb threat and a rant about American-Somali relations may not faze you, either.

Continue reading: Leftist Candidate Stormed a School Bus, Terrorized Kids by Saying She Could Have a Bomb, Ranted About Somalia ...