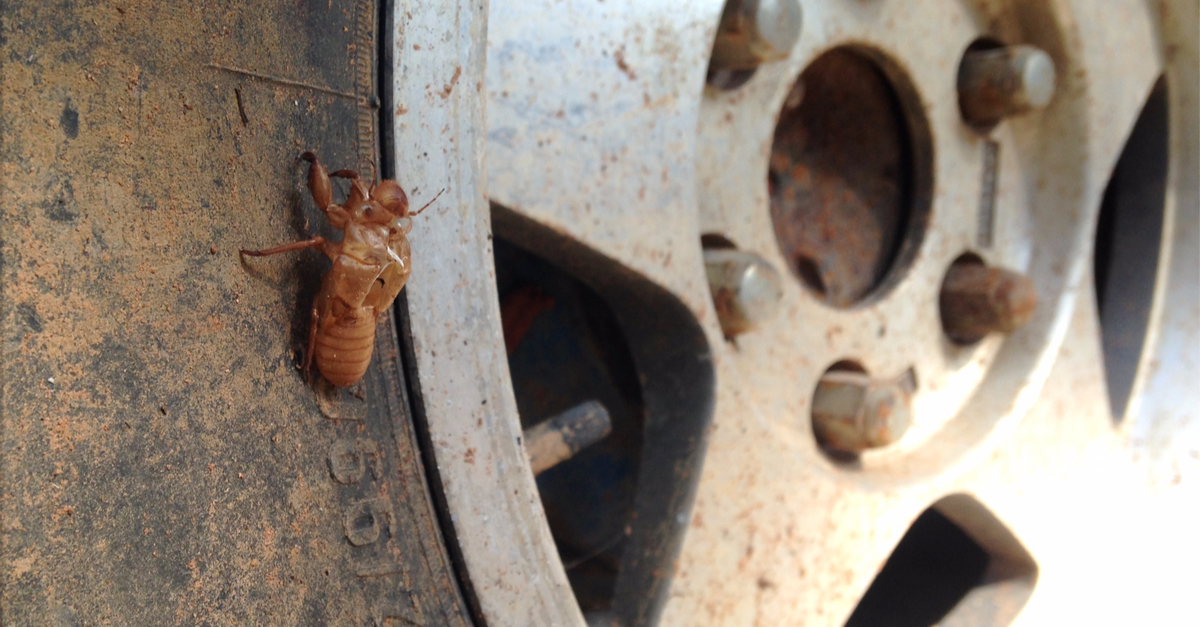 The United States is currently preparing for a major invasion, and some in the north half of the nation are already feeling the sting of the hovering hordes.

We’re talking about “Brood X”, of course:  The largest group of cyclical cicadas in North America, who will emerge by the trillions in the coming weeks to hatch, mate, and reproduce, all while constantly “singing” their horrid and screechy reproductive opus.

The large bugs even got past Secret Service and the Marines to attack Joe Biden on at tarmac just the other day.

President Biden gets the cicada treatment on the way to Europe pic.twitter.com/ywthb2hIJy

Now, Brood X is even being blamed for car accidents.

Vincent Bingham was driving in Cincinnati Monday when a cicada got a little too close for comfort, causing him to crash his car into a utility pole.

“I was driving, and I’m guessing it was a cicada flew in and smacked me right in the face,” Bingham told an officer at the scene of the crash in bodycam footage released by the Cincinnati Police Department.

Witnesses of the crash told the responding officer that Bingham wasn’t swerving or speeding until he randomly jerked the wheel, causing him to total his car.

Tellingly, body camera audio was nearly drowned out by the buzzing of the cicadas nearby.

The story of a #cicada that caused a driver to crash on Riverside Dr. earlier in the week has been all the buzz.

As the kids like to say, "Video, or it didn't happen…" well here it is:

(PS We're so glad this young man is ok. He has been a great sport about the whole thing) pic.twitter.com/cSdoBBeh3G

Thankfully, no one was injured in the incident.

Brood X cicadas have been emerging in such great numbers in the northeast that they’ve even been picked up on weather radar.