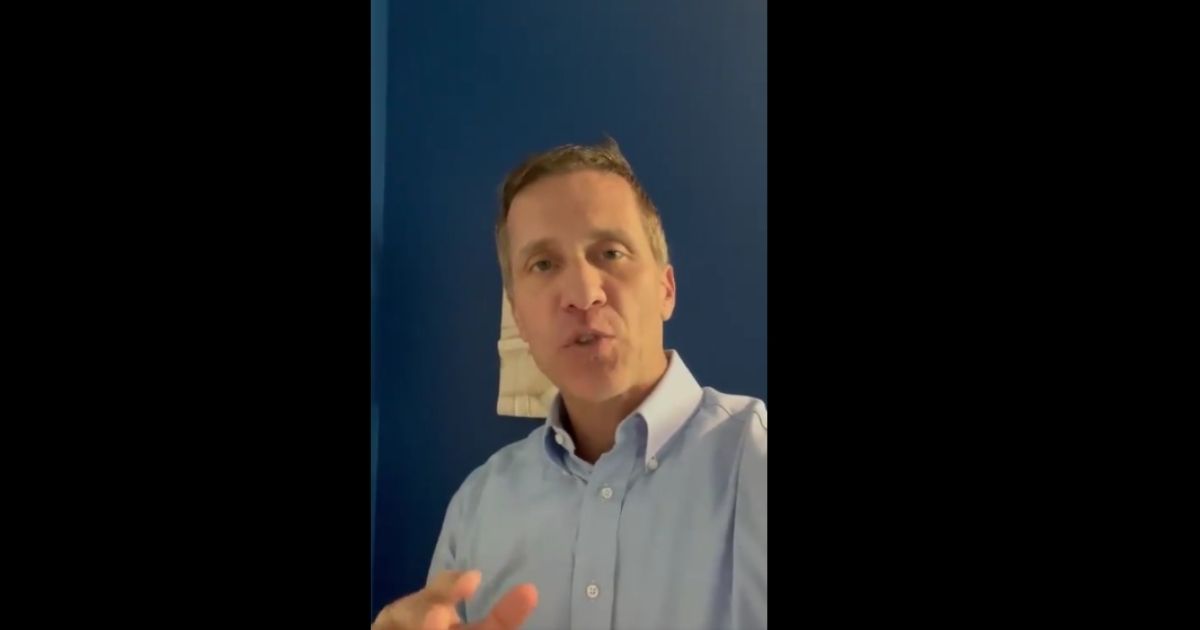 The following article, Trump WH Advisor Shares 'Must Watch' Video About How a Missouri Man Overcame Loss, was first published on Flag And Cross.

There likely aren’t many who are familiar with the name Jayson Bagsby. You might know former White House adviser Boris Epshteyn and former Missouri GOP Gov. Eric Greitens, though — and both of them introduced the world to Bagsby on their Twitter accounts this week.

It’s probably worth starting at the beginning of Bagsby’s story, however, and covering the tragedy that drove him to make a serious change in his life.

The headline from KTVI-TV in July of last year says it all: “Double Murder in Midtown part of violent crime spike in St. Louis.” One of the two victims, 20-year-old Arie Bagsby, was Jayson’s brother.

It could have been just another statistic from the annus horribilis of 2020, where there seemed to be a spike in murders found in every major city. St. Louis was no different. “There seems to be a whole lot more shorter fuses than usual,” St. Louis Metropolitan Police Chief John Hayden said.

The shooting got a bit more coverage than usual, however, because of Greitens’ involvement. The former governor, an ex-Navy SEAL who served in Iraq and Afghanistan, was having dinner with a friend nearby when he heard the shots ring out. Both he and his friend ran to the scene.

“My buddy started CPR immediately on the first victim,” said Greitens, who performed a tourniquet on the other victim.

“What is so disturbing is this is what you would expect in Iraq and Afghanistan,” Greitens said. “You expect automatic, semi-automatic gunfire going off at night.”

Greitens’ involvement, however, didn’t end there. In an August KTVI-TV report, he talked about how he comforted the Bagsby family after their loss.

“The brother of one of the victims reached out to me and he asked me if I would be willing to come down and talk with him and particularly to talk to his mom and they just wanted to know what those final moments were like for her son,” Greitens said.

“It actually meant a lot, because he didn’t have to come and talk,” Jayson Bagsby told KTVI.

The night had a profound impact on Bagsby. While he had been a firefighter EMT for five years, he decided to take a more active role serving his community — and a deeply unpopular one in the summer of 2020. He decided to become a police officer.

“Over the years with EMS, I’ve learned how to cope with things and just keep going you can’t really let it slow you down,” he said.

“I like helping people, meeting people, hearing their stories and seeing what I can do to make their situations better. I try to not let what other people think sway my opinion because there have been several people who have been like — oh you shouldn’t become a cop because this that or the other.”

He also noted that he would keep Arie’s spirit alive. His brother, Jayson said, had a knack for ingenuity, “like fixing a printer for somebody.”

“He doesn’t know how, but he’ll figure it out,” Jayson said. He told KTVI he wanted to apply that thinking into fixing St. Louis’ streets — and he said he was starting police academy in September.

This week, KTVI-TV reported he was now a police officer working the overnight shift in the city’s North Patrol Division.

That’s the same area he served as an EMT firefighter.

“It was actually super exciting when I saw it, since you have six different districts,” he said.

“You can go anywhere from South to Central to North, and when I saw that I was like, ‘Yes!’”

It turns out the silent majority still support our police, too; Bagsby noted that after the station’s August 2020 report on his decision to become an officer, the positive feedback pleasantly surprised him,

“I was like, hmm, a lot of people do support it,” Bagsby said.

He’s been on the job for three weeks now, and he said he’d like to help “alleviate some of the problems that are out there and ongoing and try to stop those problems before they get even worse and out of hand.”

On Friday, Greitens and Epshteyn made sure Bagsby’s story wasn’t just something viewers in the St. Louis area were familiar with.

Calling Bagsby’s journey “a tremendous story about where people’s hearts are at in terms of supporting the police” and “about how people can deal with tremendous injustice and pain and hardship and continue to live purposeful lives and to serve,” Greitens noted that Bagsby was “putting his own life on the line” to serve the people of his city.

And, as Epshteyn said in his retweet, it was a “MUST WATCH.” These are the heroes we need to hear about right now.

He’ll need that ingenuity. As The Associated Press reported in January, St. Louis’ murder rate in 2020 was the highest it has been in 50 years.

St. Louis is also dealing with a new mayor, Tishuara Jones, who wants to defund the police.

But as Bagsby’s story proves, even in the darkest tunnel, there’s light at the end of it.