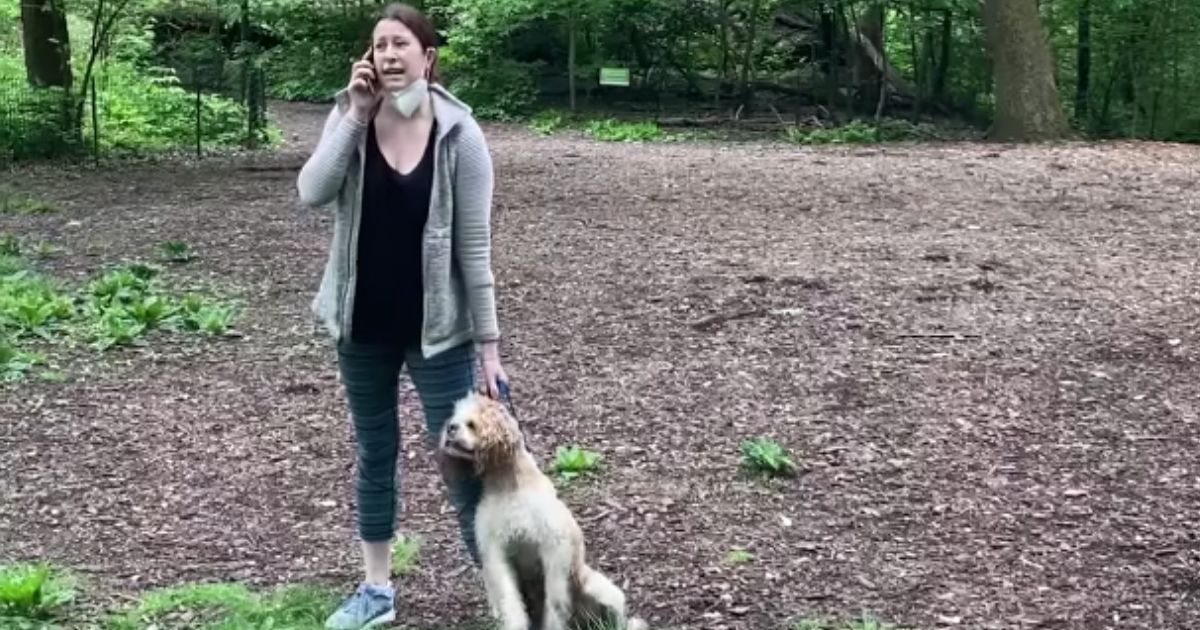 The following article, Op-Ed: Remember the 'Karen' Who Called the Cops on a Black Birdwatcher? She Might Get the Last Laugh, was first published on Flag And Cross.

To say that Amy Cooper is a pathetic character, in the literary sense, would be right on.

In what social media dubbed the ultimate Karen moment, after a deeply problematic meme, Ms. Cooper was charged for filing a false report a year ago after a 911 call to the NYPD to falsely complain that a birdwatcher was threatening her. While the charges were eventually dismissed, Ms. Cooper was quickly fired by her employer.


Yet at the end of May, Cooper, formerly an investment portfolio manager at Franklin Templeton, filed a lawsuit against the company, asserting that its CEO, Jenny Johnson, and other unnamed employees “had been negligent, discriminatory and defamatory in their treatment of the case and her subsequent termination,” according to Human Resources Director America.

As part of her claim, she is seeking lost salary, as well as emotional and punitive damages, for what she has characterized as “emotional and mental anguish.”

Ms. Cooper was fired less than 24 hours after the incident came to light through a viral video that became one of the most significant social memes of the past few years.

Franklin Templeton’s position has remained consistent from the onset: We don’t tolerate racism, we did an internal review of the situation and we think our termination of this employee was appropriate.

Clearly, the company has no choice but to remain consistent in its position, and it may not be wrong in having terminated Ms. Cooper. But maybe this isn’t as linear as it appears to be. While social media can cancel anyone they want at any time, cancel culture doesn’t legally extend to the workplace.

Michael Epstein, a lawyer based outside New York City, explains that in New York, the law is more complex for some employees than others:

“New York is an at-will employment state. Yet for employees who have a contract, if the termination violates the terms set forth in that contract, which may include an obligation of the employer giving proper notice, the terminated employee may have a case.”

Aside from the notice provision, the company is going to need to show that its actions with Ms. Cooper definitely met a company (and perhaps met an industry) standard. Franklin Templeton needs to demonstrate that it was acting in good faith, actually did a thorough investigation and (here is a critically important point) can demonstrate that it has acted similarly with other employees.

There is no legal requirement that a company conduct investigations at the level that state prosecutors do, though. The law does not require a company to act perfectly in terminating an employee; it just needs to be acting in good faith.

There is a lot to unpack here, beginning with how Franklin Templeton has treated similarly situated employees. That’s going to be a little difficult here given the egregious nature of Ms. Cooper’s actions, captured on video and made public to the entire world through the often dark magic of social media.

But if Ms. Cooper has evidentiary support for a claim that she was indeed treated differently than other similarly situated employees, it could begin to pull Jenga pieces out of what appears at the moment to be a well-fortified Franklin Templeton legal position.

A lingering question is why Franklin Templeton needed to dismiss Ms. Cooper so quickly.

Was it actually possible to complete an investigation in one day, or was a large company reacting to a social media powderkeg by pouring milk on it rather than lighting a match by launching a broader, more granular investigation that would have not only taken significantly longer but also been met with a public outcry if the company chose to, for example, place her on temporary leave?

We may learn that Franklin Templeton didn’t wait solely because it feared the wrath of social media.

We may learn that the company felt that it needed to balance doing the politically expedient thing with the legally expedient one, perhaps erring a bit on the side of assuaging an angry social media mob that was not only out to get Ms. Cooper, but could have quickly turned on Franklin Templeton in a second if the company hadn’t acted as quickly and decisively as it did.

All of these questions will be answered if Ms. Cooper’s lawyers actually filed a suit that can make it over any initial procedural hurdles. While critics have been quick to call her lawsuit baseless, what is clear is that the intensity of the outrage of the incident has irrevocably changed the trajectory of Ms. Cooper’s life.

Christan Cooper, the Central Park birdwatcher at the heart of the story, told NPR that what she did was “pretty crappy without a doubt,” but added “I’m not sure that her one minute of poor decision-making, bad judgment and, without question, racist response necessarily has to define her completely,” which, up until today, it has.

Whether the result of this lawsuit will cement Ms. Cooper’s status as an ubervillain of New York or will show that she was treated unfairly by her employer is now a matter of law, not public opinion.

And it will all turn on whether Franklin Templeton followed the right legal procedures or allowed itself to be swayed by outrage rather than reason, as is far too tempting in this deeply vitriolic social media climate.

Continue reading: Op-Ed: Remember the 'Karen' Who Called the Cops on a Black Birdwatcher? She Might Get the Last Laugh ...