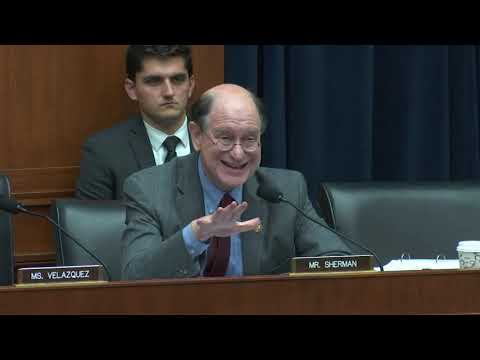 “Bitcoin is worth whatever somebody will pay for it,” Cuban said on a YouTube video for Wired magazine.

Cuban made the remarks in response to a Twitter user, who asked why he hates bitcoin so much. The Dallas Mavericks owner made the scathing observations in the midst of a crypto market slump.

During the past four weeks, bitcoin’s price has tumbled, along with the rest of the cryptocurrency market.

Cuban says bitcoin’s price is as arbitrary as the value of baseball cards, comic books or even fine art. He insists that bitcoin has no value, but is only worth something because people claim it is.

For the record, crypto enthusiasts say the same thing about fiat money: They say the U.S. dollar is merely a piece of paper that only has value because people believe it does.

“Did you ever see someone who collected baseball cards, and they were really, really proud because they kept saying they were going to go up in price?” Cuban said. “[It’s the same thing with] comic books — even artwork. There’s no real intrinsic value. You can’t eat a baseball card.”

Cuban says an expensive painting might look good on a wall, but you can’t do anything with it like buy groceries.

Cuban says it’s the same thing with bitcoin, except it’s even more worthless than artwork or a baseball card.

In fact, Cuban says he’d much rather have a banana than bitcoin because “I can eat bananas … crypto not so much.”

Like other bitcoin skeptics, Cuban says a major deterrent to mainstream adoption is that crypto is too difficult for the average person to understand. Moreover, the market is currently unregulated, and crypto exchanges are vulnerable to hacks.

In his anti-crypto skepticism, Cuban echoed the sentiments of President Donald Trump and many members of Congress.

In July, Trump said he is “not a fan of Bitcoin and other cryptocurrencies, which are not money, and whose value is highly volatile and based on thin air.”

I am not a fan of Bitcoin and other Cryptocurrencies, which are not money, and whose value is highly volatile and based on thin air. Unregulated Crypto Assets can facilitate unlawful behavior, including drug trade and other illegal activity….

Like other lawmakers on Capitol Hill, Trump is worried that cryptocurrencies like bitcoin could undermine the U.S. dollar.

….Similarly, Facebook Libra’s “virtual currency” will have little standing or dependability. If Facebook and other companies want to become a bank, they must seek a new Banking Charter and become subject to all Banking Regulations, just like other Banks, both National…

Democratic Rep. Maxine Waters of California, the chairwoman of the House Financial Services Committee, is leading the charge in Washington against Facebook’s Libra cryptocurrency project.

Waters urged Facebook to stop work on Libra, saying the social media monopoly wants to operate like an unregulated nation-state with its own currency.

Similarly, California Democratic Rep. Brad Sherman called for a ban on bitcoin and all cryptocurrencies, saying they will undermine the U.S. dollar.

“I look for colleagues to join with me in introducing a bill to outlaw cryptocurrency purchases by Americans, so that we nip this in the bud,” Sherman said in July. “An awful lot of our international power comes from the fact that the dollar is the standard unit of international finance and transactions.

Sherman continued: “It is the announced purpose of the supporters of cryptocurrency to take that power away from us … Whether it is to dis-empower our foreign policy, our tax collection enforcement, or our traditional law enforcement, the purposes of cryptocurrency — the advantage it has over sovereign currency — is solely to aid in the disempowerment of the United States and of the rule of law.”