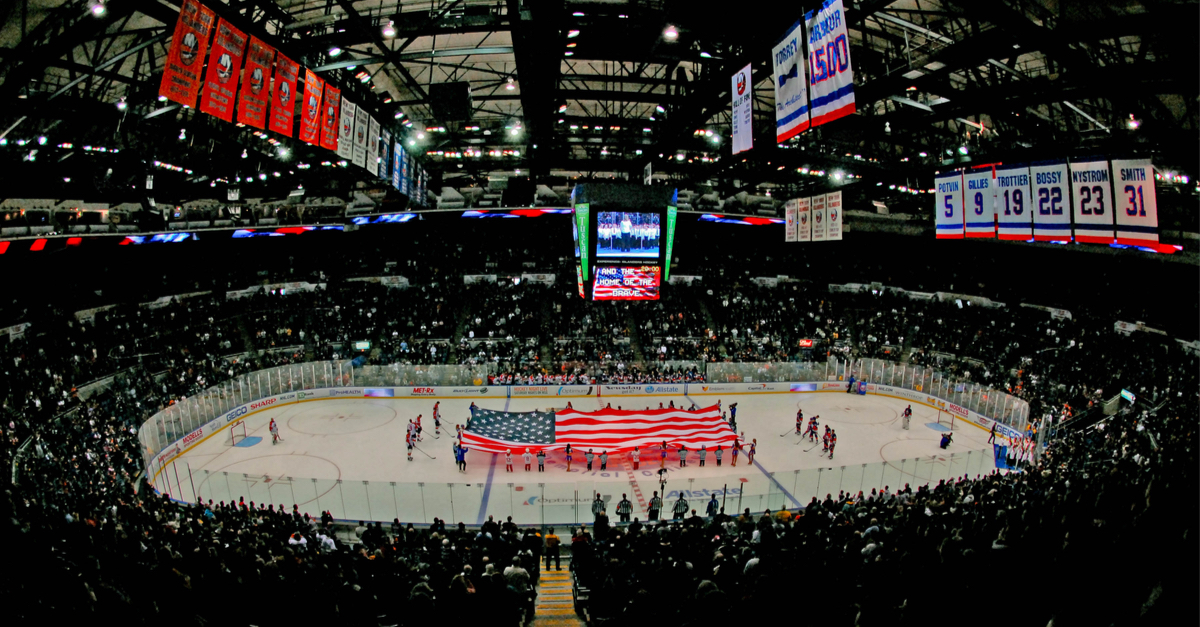 For as much controversy as has been manufactured around the National Anthem, there is still nothing quite like witnessing a powerful rendition of a song that brings so many of us pride here in the United States.

In the annals of sports history, there are but a few moments of anthemic joy that stand atop the list, with this author’s personal favorite being the incredibly salient and pointed version performed by Whitney Houston at the Super Bowl in 1991:

Now, 30 years and some months later, another unforgettable anthem moment has arrived.

Nassau Coliseum was roaring with energy Wednesday night as fans in attendance belted out the National Anthem before the New York Islanders Game 6 victory over the Boston Bruins in a viral moment that is sure to give anyone chills.

Nicole Raviv regularly sings “The Star-Spangled Banner” before Isles games at the Coliseum but on Wednesday night she was overpowered by the crowd, even turning over the microphone to the fans.

“My heart is full. The coliseum will forever have the best backup singers in the #NHL,” Raviv wrote on Twitter.

The Coliseum comes together for the anthem.

The fans were ready, however, after a microphone glitch forced them to join in on the anthem just two games earlier.