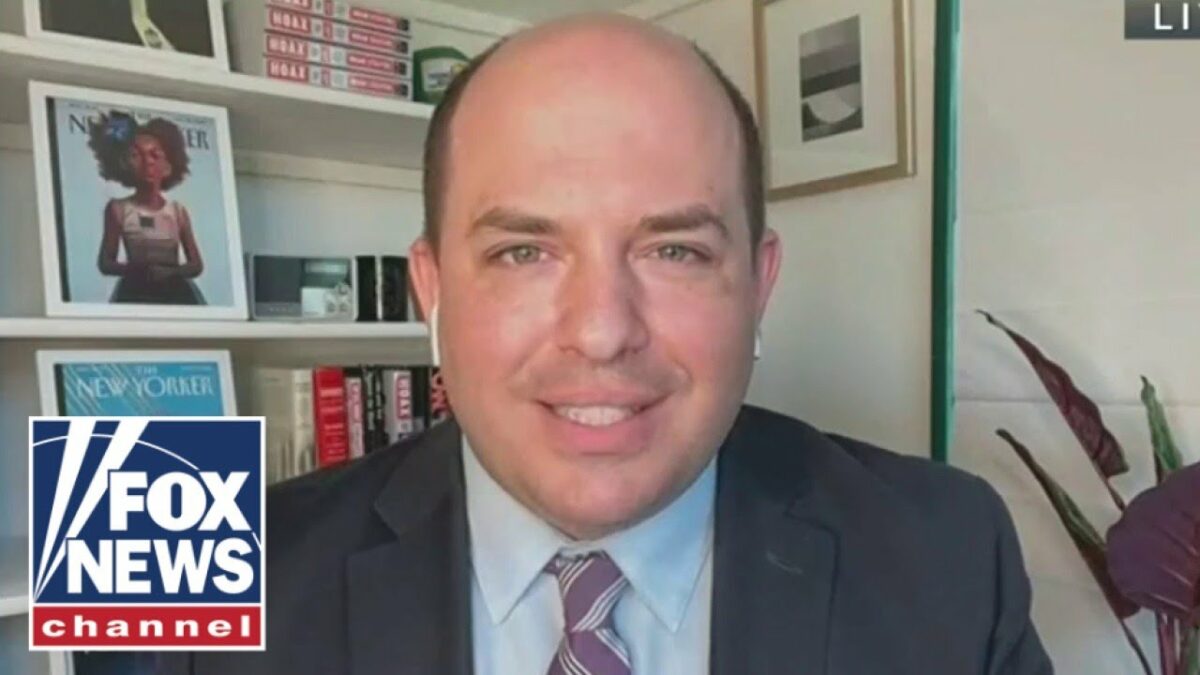 CNN host Brian Stelter was skewered Thursday on C-SPAN’s “Washington Journal” by a stream of callers who derided him and his left-wing network as liars and propaganda ministers.

Stelter was on C-SPAN to shill his book, which attacks former President Donald Trump and Fox News. The book, ironically, is titled “Hoax: Donald Trump, Fox News, and the Dangerous Distortion of Truth.”

During a segment where the show took calls from viewers, Stelter was viciously mocked for the left-wing propaganda that he and CNN spew on an hourly basis.

One caller from Kansas named Gordon said: “I would like to ask Brian to, on national television, admit he and his network are a bunch of liars about Donald Trump.”

When Stelter asked which lie the caller was referring to, Gordon referenced the now-debunked narrative from June 2020 that Trump had cleared left-wing protesters out of Lafayette Park in order to stage a photo op in front of St. John’s Episcopal Church.

Caller Rick from Georgia reminded Stelter of the time he repeatedly gushed over convicted extortionist Michael Avenatti and elevated him as a valiant Trump-slayer who could win the presidency.

“I was just wondering if you still feel like Michael Avenatti is the greatest thing in the world and should run for president of the United States,” Rick said.

“My suggestion is, whatever CNN says, do the opposite and you’ll do fine,” he said.

Avenatti appeared on CNN a whopping 122 times in 2019, according to NewsBusters. In fact, Stelter was one of Avenatti’s biggest champions.

“Looking ahead to 2020, one reason why I’m taking you seriously as a contender is because of your presence on cable news….”

At another point, caller Robert from Indiana said, “CNN is just something that’s just a joke. It’s a joke.”

The caller added that Stelter “tells nothing but lies.”

Still another caller, Kevin from Indiana, laid into the CNN pundit, saying all he does is spout one lie after another.

“Mr. Stelter is the biggest minister of misinformation I have ever heard and I’m a news junkie,” Kevin said.

The caller slammed Stelter and CNN for rabidly pushing the debunked “Russia collusion hoax” for four years in a bid to attack Trump.

“There was zero collusion from the Trump administration and Russia,” the caller said.

The scathing verbal smackdowns that Stelter was subjected to mirror what’s happening at CNN right now. Ratings for the left-wing cable network are in freefall now that Trump is no longer in office.

When Trump was president, CNN made attacking him the focal point of its news coverage. It worked — the network’s ratings soared during his tenure.

However, CNN’s ratings cratered a jaw-dropping 66 percent in the three months after the brash billionaire left the White House.

The Hill’s media columnist, Joe Concha, noted that CNN’s primetime ratings — which averaged a healthy 2.74 million viewers in January — tumbled more than two-thirds by May.

The drop CNN is experiencing is profound. On Friday, not one program broke 900K total viewers. Prime averaged less than 800K overall.

For comparison, the network averaged 2.74 million viewers in January, so we’re talking about more than two-thirds of the audience – gone. https://t.co/a4f14QXStm

And on Tuesday, Concha pointed out that CNN’s ratings continue to tank.

“This will only get worse as summer moves along,” he tweeted.

June 5 numbers in cable news in total viewers. CNN had just one show that broke 800k (Cooper). This will only get worse as summer moves along. pic.twitter.com/QiKNeEyAgj

CNN’s ratings implosion is something that both Trump and some media pundits predicted would happen if he left office.

The liberal broadcaster made the prediction during a panel discussion at the National Press Club.

He told panelist Stelter that CNN needed Trump because he was their ratings cash cow and that’s why they obsessively chewed their cuds over him.

Case in point: Stelter wrote a book about Trump and was peddling it this week on C-SPAN.

It’s horrifying to see America being destroyed under the Biden administration, but it’s satisfying to watch CNN crumble without Trump around to obsess over.