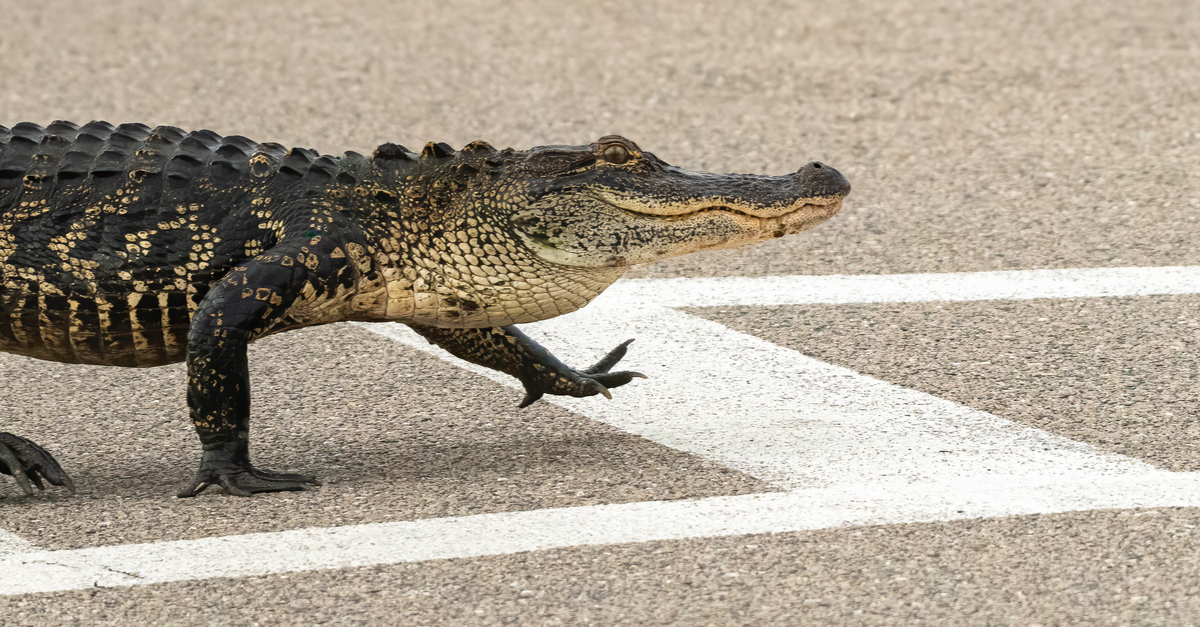 Ah, Florida:  The most undeniably wacky place in the USA.

That’s not a diss, of course.  We love Florida.  But it would be foolish for anyone to suggest that The Sunshine State isn’t a breeding ground for bizarreness and oddity.  There are so many strange news stories coming out of the tourist-heavy state that there are websites dedicated to tracking the hilarity.

This week’s Florida story comes to us from Hernando County, where a late night run to the post office yielded a scary, but perplexing surprise.

On 06-09-2021 at 3:32 a.m., Hernando County Sheriff’s deputies responded to the U.S. Post Office facility located at 8501 Philatelic Road in Spring Hill in reference to a 7-foot alligator roaming the lobby area.

The alligator was observed by a patron who came to the post office to mail a package. This post office location features automatic double doors that allow entrance into the lobby.

A trapper responded and safely removed the alligator from the lobby.

Photos of the incident were a shock.

Locals reported that the post office lobby had automatic double doors, which would have allowed the wayward reptile to enter the space.

No one was injured in the incident.