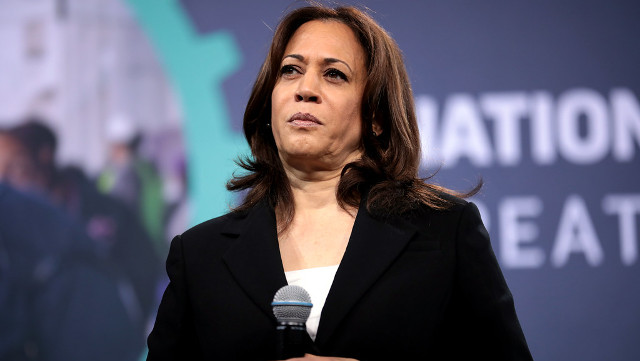 The following article, Kamala Can’t Keep It Cool! Lashes Out at Latina Reporter, was first published on Flag And Cross.

As Vice President Kamala Harris was set to assume this latest political stint of her, the left side of the aisle was lining up to sing her praises.

They consider her to be a figure like no other, filled with grace and exuding dignity, ready to represent the best of America out there in the world.  This, despite the terse “I’m speaking” fiasco during her 2020 debate against then-VP Mike Pence.

Now, Veep’s fiery side has come out again, this time after being asked a very simple question about her reticence to visit the southern border.

Vice President Kamala Harris snapped at a Latina Univision anchor Wednesday, when pressed to answer when she would be visiting the southern border.

“I’m not finished,” Harris snapped, bobbed her head, and then chuckled before claiming she will visit the southern border. “I said I’m going to the border.”

The moment was captured on camera as well:

Kamala Harris snaps at reporter for asking when she will go to the border, won’t say when she will visit pic.twitter.com/vysmUvjZfR

Harris, who has been Biden’s border Czar for over 70 days now, has yet to spend any time whatsoever at the border, instead choosing to focus on issues like climate change, alleging that this is a “root cause” of illegal immigration.