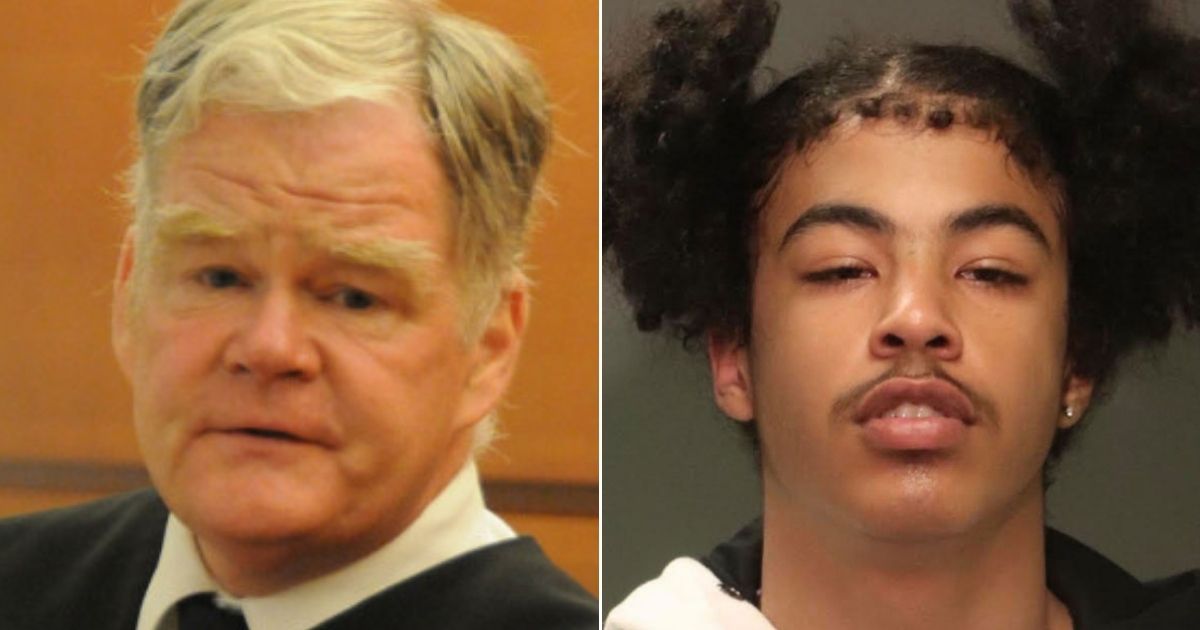 The following article, Forget This Alleged Murderer's Record, Look at the Chilling Record of the Judge Who Set Him Free, was first published on Flag And Cross.

There’s no way 16-year-old Alberto Ramirez should have been out on the streets on May 16, the day police say he took the life of 34-year-old Eric Velasquez.

The young gang member already had three arrests in four months under his belt and was behind bars for gun-related charges on $75,000 bail — that is, until acting New York State Supreme Court Justice Denis Boyle intervened for him, according to the New York Daily News.

Ramirez should have been locked away when Velasquez, a father of two, was out for a walk in his mother’s Bronx neighborhood while visiting her — an innocent decision that ended up costing the man his life.

But Ramirez was there and allegedly fired the bullet that killed Velasquez, not for any personal beef but as a random attack known as “spinning the block” on rival gang territory.

According to the Daily News, Ramirez is linked to the Bloods-affiliated “Young Gunnaz” or “YG,” and the street where Velasquez was killed is in “Slattery Avenue Boys” territory. Both gangs have increasingly traded attacks on the other.

“Some people, they living a certain lifestyle so you can picture it. But this is a not a person who you can picture something happen to, because he don’t put himself in harm’s way,” Thomas said of Velasquez.

Ramirez should not have been there — and likely would have remained behind bars — except for Boyle’s repeated leniency.

On March 2, the acting justice lowered Ramirez’s bail to $10,000 cash or $25,000 bond despite objections from the prosecution — a sum his family was able to fork over weeks later to make him a free man.

That wasn’t the first time Boyle let Ramirez off, however, and the judge’s penchant for letting criminals walk seems to be part of a pattern stretching back decades, the New York Post reported.

In December, Boyle let Ramirez roam free with zero bail and went against the district attorney’s recommendation to try him as an adult in two other gun cases, instead referring them to Family Court.

But prior to that, Boyle had granted other criminals their freedom — only to have them turn around and offended again.

In March 2020, the justice let then-16-year-old Jordon Benjamin out of a juvenile detention center due to the COVID-19 pandemic.

Prior to his release, Benjamin was behind bars on charges related to a savage gang attack he and a group of teens allegedly perpetrated on 60-year-old Juan Fresnada on Christmas Eve 2019.

The man was brutally beaten with a garbage can and would succumb to his injuries three days later.

Still, Benjamin was allowed his freedom and would go on to offend again eight months after his release, according to police.

In December, Benjamin allegedly attacked young Amya Hicks so badly that she spent two days in the hospital and required surgery — a crime that only happened because Boyle made him a free man.

“This is crazy,” her mother, Tynisha Smith, reportedly said at the time of the attack. “We thought he was still in jail.”

Benjamin is still on the streets, awaiting trial while out on $3,500 bail.

It isn’t just alleged murderers that Boyle lets off the hook — in 1998, homeless teen Ishmael Holmes cornered a Bronx woman in her doorway, demanding she undress and get on her knees.

Boyle arranged a plea deal where Holmes pleaded guilty to unlawful imprisonment and was sent to a shelter while awaiting sentencing with the promise that he would receive supervised treatment as a sex offender.

But instead of being escorted on his trips to and from counseling, Holmes would be allowed to make the journey on his own — a move that resulted in him being arrested in 2000 for assaulting eight women during his return trips from the treatment.

Holmes is now 43 and is locked away in a psychiatric facility, having served 17 years in prison for first-degree sodomy.

Crime is a dynamic societal problem, but the one simple solution that works nearly flawlessly is locking up the bad guys and keeping them there indefinitely so they don’t do any more bad things to people.

This most basic function of the justice system has been ignored by this New York Supreme Court justice, with sometimes deadly consequences.

Forced retirement should be on deck.

Juvenile defenders do deserve some leniency and certainly pity at a life thrown away so early on, but never at the expense of public safety.

It’s bad enough law enforcement is already hamstrung by the defund the police crowd, and that any person of pigment behind bars is automatically considered a victim of the system rather than a criminal who is getting his due.

But these kids were already known to be serious trouble, and they committed violent acts that many adults are not prone to — or even capable of — perpetrating.

Eradicating crime by figuring out the root causes and changing people’s circumstances is important, but letting criminals off the hook after they’ve already been collared for violent offenses does nothing to further that cause and instead puts others’ lives at risk.

Gang violence is especially problematic, and the only sure solution is to lock up the criminals and throw away the key — if only so it doesn’t end up in the hands of Justice Boyle.

Continue reading: Forget This Alleged Murderer's Record, Look at the Chilling Record of the Judge Who Set Him Free ...

These judges who let these criminals go should be disbarred. Its total crap what these judges are doing.