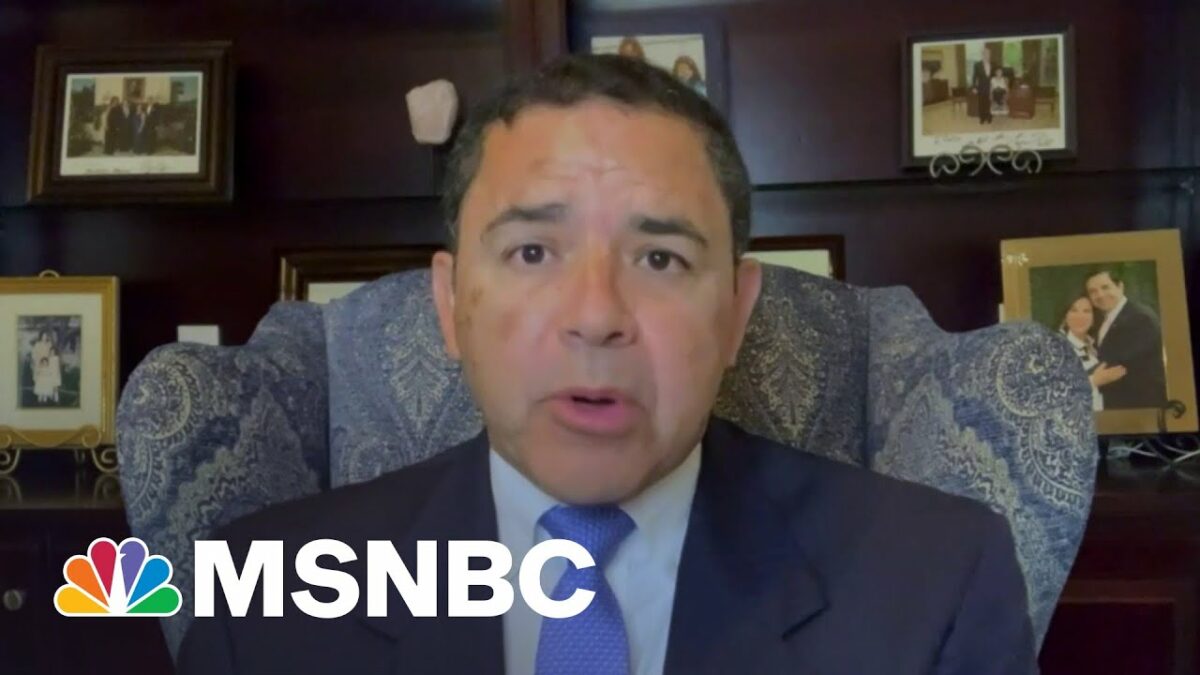 The Biden administration’s border crisis has gotten so severe that one Texas Democrat is calling out his party’s leadership following complaints from law enforcement officers and residents in his district.

Rep. Henry Cuellar, a Mexican American who has represented Texas’ 28th Congressional District since 2005, joined MSNBC on Thursday to talk about his party’s border policies. Cuellar described to the show how those policies are making life harder for Americans.

In fact, Cuellar called on his fellow Democrats to deport illegal border crossers, even if that is something that might make people “uncomfortable,” as officials with U.S. Customs and Border Protection divulged that the number of encounters with illegal immigrants at the border reached a 20-year high in May.

“Certainly the incentives are there for the smugglers to keep trying to get people over here, they make six to $8,000 per person,” the Democrat told MSNBC’s “Morning Joe.”

“It doesn’t matter if it’s drugs or people. They make — over the years billions of dollars — and we have to understand that if we don’t take this incentive away and address both the push factors and the pull factors, we’re going to keep talking about this year after year,” he said.

Cuellar blamed the influx in illegal immigration, even in warm months such as May, on bad policy.

“If you notice, this administration, with all due respect, talks about how we’re handling the unaccompanied kids, but that’s one thing,” he said. “I’m glad that we’re doing a much better job, but what about the rest of the people? What about the individual adults [that] are coming in? We have to talk about that.

“We always talk about working with Central America, Guatemala and Mexico to do the things, the dirty things we don’t want to do or the uncomfortable things we don’t want to do, and that is deport people. We want them to deport people before they come here, but we’ve got to enforce the law and part of the laws that we have is deport the people that don’t have a right to be here in the United States. It’s just plain and simple.”

Cuellar then called on President Joe Biden and/or Vice President Kamala Harris to come visit his district, but to refrain from doing so in a “staged” manner.

“I invite the president, I invite the vice president — come in, and with all due respect, not do a staged visit,” he said, adding that people are “frustrated” by seeing migrants stream into their communities “in large numbers.”

“A staged visit is not enough,” he emphasized.

The Texas Democrat said he feels that Democrats are afraid to enforce the country’s immigration laws so they don’t offend immigration activists.

He also called out Harris’ photo-op trips to Central America and Mexico this week. The Democrat thanked her for visiting those areas, but suggested that such visits are meaningless if no action is taken — and none is.

“I want to thank the vice president for having a clear message: ‘Don’t come.’ But we need to couple that with some action and some repercussions, because if we don’t show people going back and being returned, then all they see is people coming into the United States, and it’s not coupled with the work that we do,” he added.

Cuellar defeated his Republican challenger, Sandra Whitten, by 19 points last November, so he’s seemingly not calling out the White House for fear of facing a stiff challenge next fall.

It appears as though the Biden administration’s border policies have been so detrimental to Cuellar’s district that even he’s had enough of them.