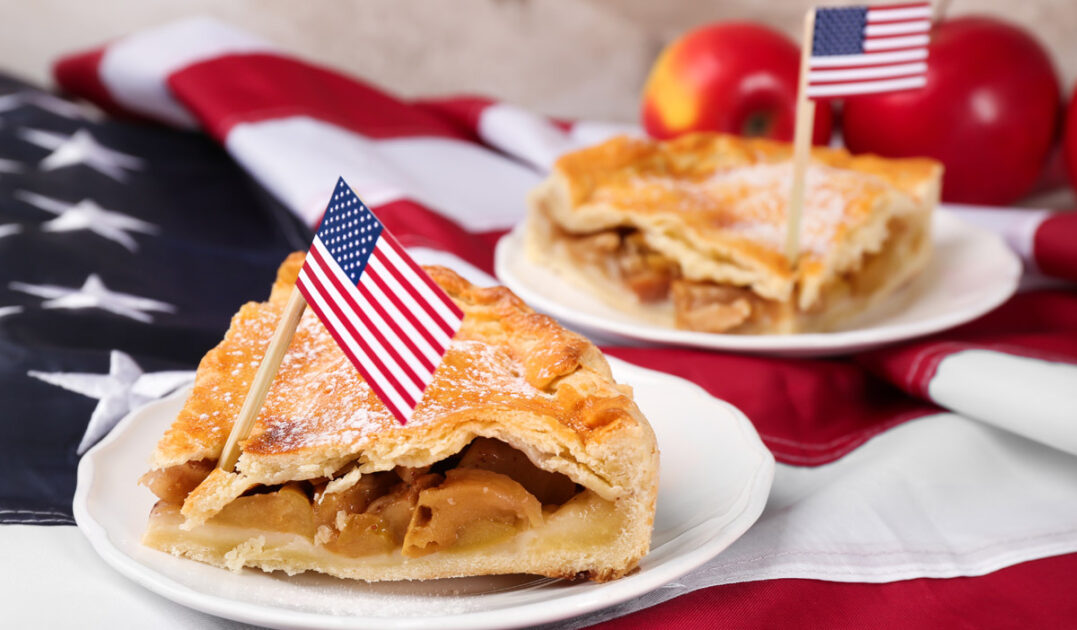 The following article, Now Activists are Saying Apple Pies are ‘Racist’ and ‘Linked to Genocide’, was first published on Flag And Cross.

The next all-American tradition that leftists are trying to cancel is the venerable apple pie. Yes, I mean the tasty fruit pastry, mom’s homemade apple pie. It’s now “racist” and a result of “genocide.”

The leftists at the Guardian are targeting mom’s apple pie after one of the paper’s writers said the desert was linked to “a vast and ongoing genocide of indigenous people. ”

The idiot writing the piece claimed that the there is such a thing as “food injustice.”

The piece, entitled “Food injustice has deep roots: let’s start with America’s apple pie’, claims the pie has ‘bloody origins’ and is ‘as American as stolen land, wealth and labor.”

Patel is a British Indian author and documentary maker who has in the past described himself as having ‘very strong anarchist sympathies.’

He is best known for his book ‘Stuffed and Starved: The Hidden Battle for the World Food System’ which delves into food injustices around the world.

Patel, who now has US citizenship, is also a vocal activist, taking part in the World Trade Organization protest in Seattle in 1999 – after having worked for the organization earlier on in his career.

Explaining his issues with apple pie in greater detail, Patel wrote in The Guardian: ‘Apples traveled to the western hemisphere with colonists in the 1500s in what used to be called the Columbian Exchange, but is now better understood as a vast and ongoing genocide of Indigenous people.’

The author went on to say that English colonizers used apple trees ‘as markers of civilization, which is to say property,’ in new lands where they settled.

He added: ‘John Chapman, better known as Johnny Appleseed, took these markers of colonized property to the frontiers of US expansion where his trees stood as symbols that Indigenous communities had been extirpated.’

Turning his attention to the pie’s crust, Patel continued: ‘Not that the sugar on the crust is uniquely American.’ He then detailed how sugar’s arrival in the United States in the 1700s was inextricably linked to the French slavery trade in New Orleans, and that the Big Easy ‘had become a concomitant hub of the slave trade’ as the sweet stuff’s popularity burgeoned.

This moron even claimed that the checked cloth apple pies are often photographed sitting on is racist because cotton cloth is stolen from the Native Americans.

It is easy to dismiss leftist loons like this Patel fool. But the problem is, these scumbags disgorge their stupidity and then their buddies in the movement disseminate it and push it until it becomes “accepted fact” among the illeterati. Eventually the media then “reports” it as fact, our miseducation establishment then begins teaching it as if it is true.

This is how this garbage becomes “truth.”

That is why we need to be aware of it so we can fight it.

Rumor has it that Democrats are the racists and Planned Parenthood is involved in Genocide.

Why does the US give citizenship to fools like this??? Don’t we have enough of our own????

What is wrong with these people??? I wonder if there is anything on this planet they will not call racist???

Merely more from the liberals in their efforts to destroy America. Appears there is no low that those dems/liberals will not go on to.