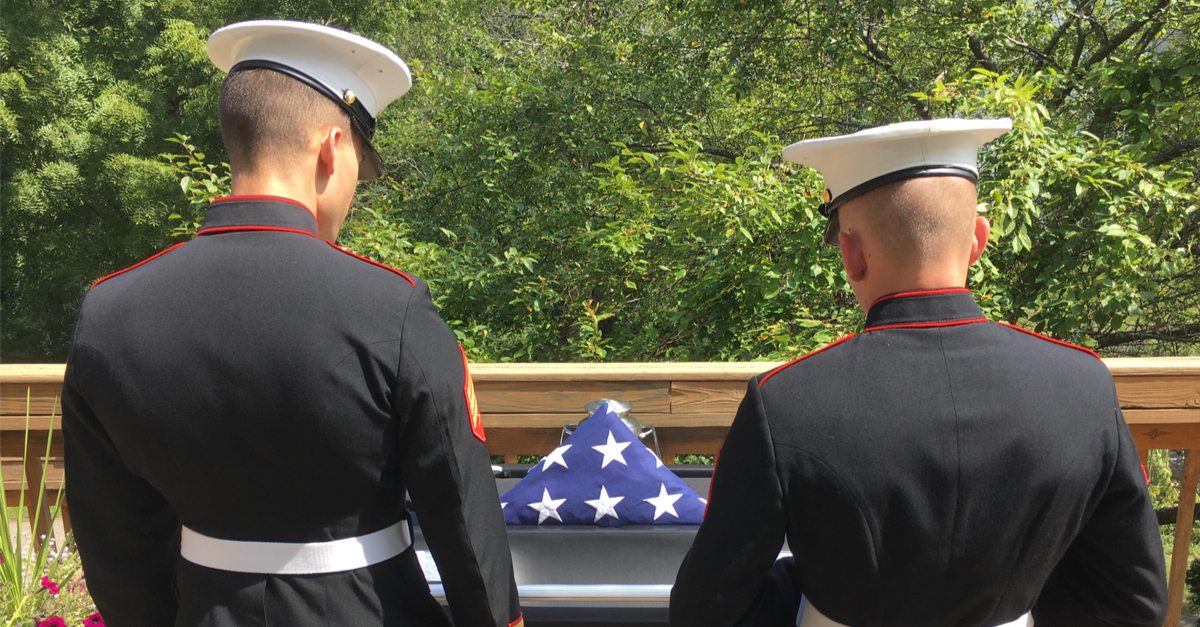 No man left behind.  As cliché as it sounds, (and God knows how Hollywood has overdone it), the phrase still means something to members of the Armed Forces, and no amount of time can change that.

Whether we’re speaking of our prisoners of war or our missing in action, service members who’ve not returned home are always at the top of our military’s priority list.

That’s why the recent identification of remains from the attack on Pearl Harbor has become noteworthy.

Eighty years after he died in the attack on Pearl Harbor and just months after his remains were finally identified, a California Marine has been laid to rest with full military honors.

About 50 people attended the ceremony Tuesday for Pfc. John Franklin Middleswart at Fort Rosecrans National Cemetery in his hometown of San Diego, the Union-Tribune reported.

Middleswart’s funeral was an ornate affair, with Marines donning their dress blues, a 21 gun salute, and a bugler wailing out the iconic “Taps” for their fallen brother.

A Chaplain in attendance gave high praise to the development:

“What an amazing miracle it is to have John with us today,” Navy Chaplain Robert LeCompte said.

Middleswart was 19 when he was killed along with more than 400 other Marines and Navysailors aboard the battleship Oklahoma in a surprise attack by the Japanese that led the U.S. into World War II.

He was identified through mitochondrial DNA, extracted from Middleswart’s bones and compared to DNA from his sister and two of his nephews, the newspaper reported. The family was notified of the match in February.

One of nephews, James Brown, expressed that the family “couldn’t be happier” that Middleswart’s journey had finally come to a close.