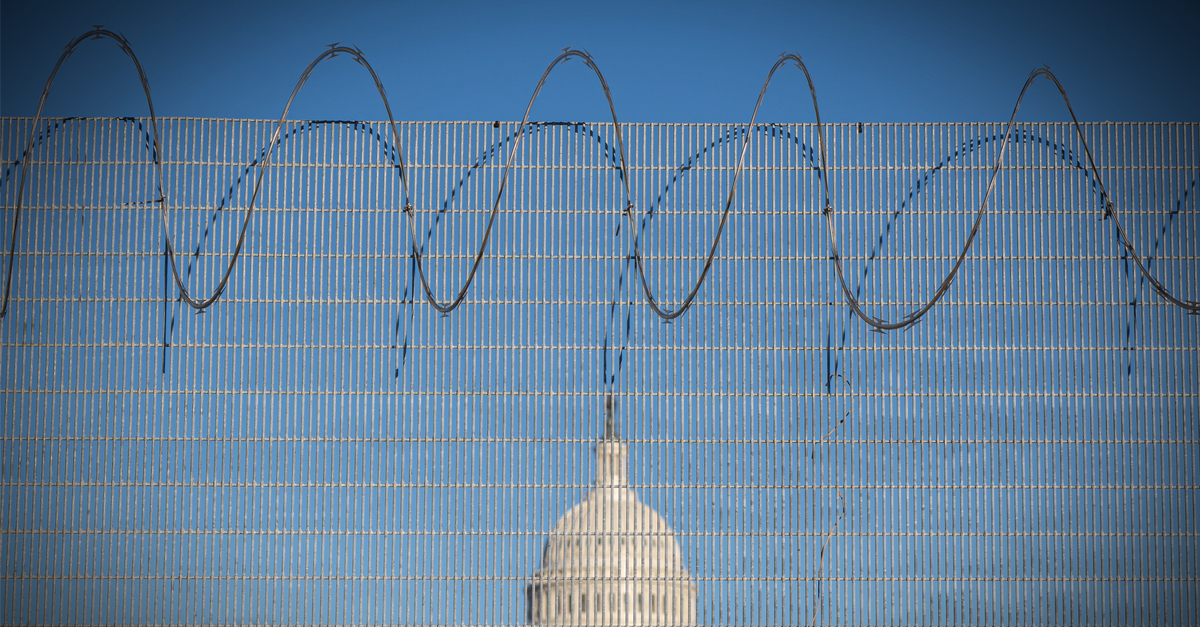 The following article, FBI Chief Says ‘Lots and Lots’ of Jan. 6 Probes are Underway, was first published on Flag And Cross.

Over the course of the last several days, the Democrats have spent an inordinate amount of time trying to vilify the Republican Party over their unwillingness to engage in a political probe of the events of January 6th.

There are fears within the GOP that such an investigation would simply be used to attack former President Donald Trump, rehashing the same tired arguments that were used in his second impeachment trial.  Given that Trump was acquitted in that regard, they see no reason to double down.

Besides that, the Republicans are convinced that there are plenty of other investigations ongoing in regard to the storming of the Capitol.

The head of the FBI seems to have bolstered that suggestion this week.

FBI Director Christopher Wray on Thursday stonewalled questions about whether the bureau was investigating former President Donald Trump, his aides or members of Congress for their role in the Jan. 6 riot at the U.S. Capitol.

Testifying before the House Judiciary Committee, Mr. Wray was asked twice if the FBI had opened an investigation of Mr. Trump and whether he incited the riot.

“I’m not aware of any investigation that specifically goes to that, but we have hundreds and hundreds of investigations related to January 6 involving lots and lots of different pieces of it and I want to be careful,” he said at first.

There have been plenty of attempts to pin the attempted insurrection onto Donald Trump, but each and every one has thus far failed, leading many to wonder what the left hopes to accomplish by continuing to bang their metaphorical head against the figurative wall.