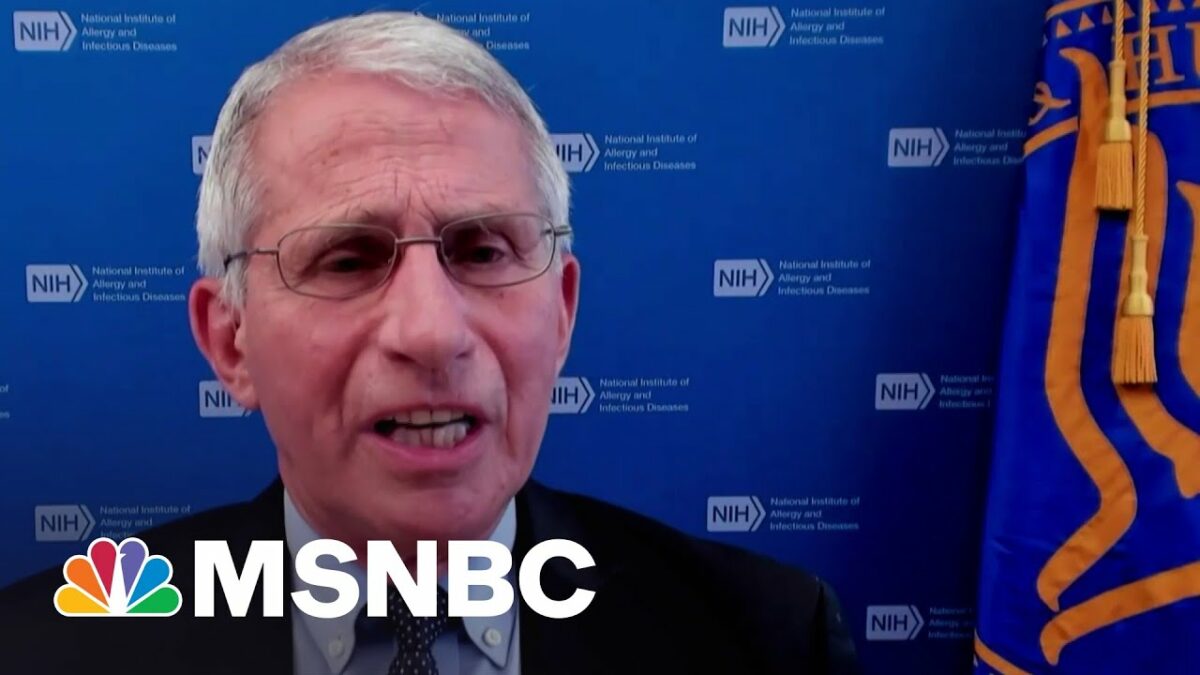 The following article, Dr. Fauci Goes Full Authoritarian, Claims Questioning Him Is Attacking Science Itself, was first published on Flag And Cross.

Dr. Anthony Fauci, the inconsistent scientist who embedded himself into government like a tick decades ago, has declared himself as settled science and thus off-limits for criticism.

Speaking to MSNBC’s Chuck Todd on Wednesday, he declared that all of his detractors are denying settled facts by contradicting or doubting him in perhaps what is the most bizarre and terrifying statement of authoritarianism.

Who is the authority? Fauci, according to him.

Todd, playing the role of advocate for both the U.S. and Russian governments, asked Fauci about the backlash to the recent release of his damaging Freedom of Information Act emails.

Those private messages have told us that Fauci was more than a man who loved the spotlight last year in the early days of the coronavirus pandemic.

They also show he apparently held different positions privately than those he shared on his never-ending series of TV spots and who found seemingly important emails too long to read.

“As you know, many state public state officials have quit their jobs over the last year because of the unrelenting attacks that have taken place. And now you’re at the focal point,” Todd said. “What is your level of concern that we’re going to discredit public health officials to the point of — you know, look at Russia. They actually have a good vaccine, and none of their citizens will take it ’cause they don’t trust their own government.”

If you thought that question was low, just wait until you hear what Fauci had to say in response.

“Right. It’s very dangerous, Chuck, because a lot of what you’re seeing as attacks on me, quite frankly, are attacks on science. Because all of the things that I have spoken about consistently from the very beginning have been fundamentally based on science,” he said defensively.

Fauci said personal criticism of him equates to an attack on science, and he wasn’t finished. He concluded with a screed that sounded like it came from Pyongyang.

“Sometimes those things were inconvenient truths for people, and there was pushback against me,” he continued. “So if you are trying to, you know, get at me as a public health official and a scientist, you’re really attacking not only Dr. Anthony Fauci, you are attacking science, and anybody that looks at what is going on clearly sees that.

“You have to be asleep not to see that. That is what is going on. Science and the truth are being attacked.”

It would be easy to feign shock at Fauci’s stance on criticism directed at him. Sadly, after having read his private emails and having heard his inconsistent advice for more than a year, his words are not at all surprising.

Fauci’s work with the U.S. National Institute of Allergy and Infectious Diseases for decades has seen him grow his sphere of influence.

We have his attachments to major politicians, thanks to emails obtained from Wikileaks. We can see from his own behavior that he never seemed so afraid of contracting the coronavirus that he stopped socializing while he told everyone else to stay home:

And there’s Dr. Anthony Fauci showing us all he knows exactly how well masks work! Thanks for the lesson, doc. pic.twitter.com/jdHPzq5HfB

Science is the process by which people with curious minds attempt to either prove or disprove theories or conjecture. Science is the method of procedures taken to come to logical conclusions about questions.

Science certainly isn’t a small man with a crown placed on his head by the establishment media and too big of a microphone.

Backed up against the wall by his emails and waning public sentiment on Wednesday, Fauci showed us who he is. He showed us what the human face of the federal bureaucracy looks like.

Fauci, having spent years as a high-paid and well-respected scientist, was backed into a corner — and he struck out like the swamp creature he is.