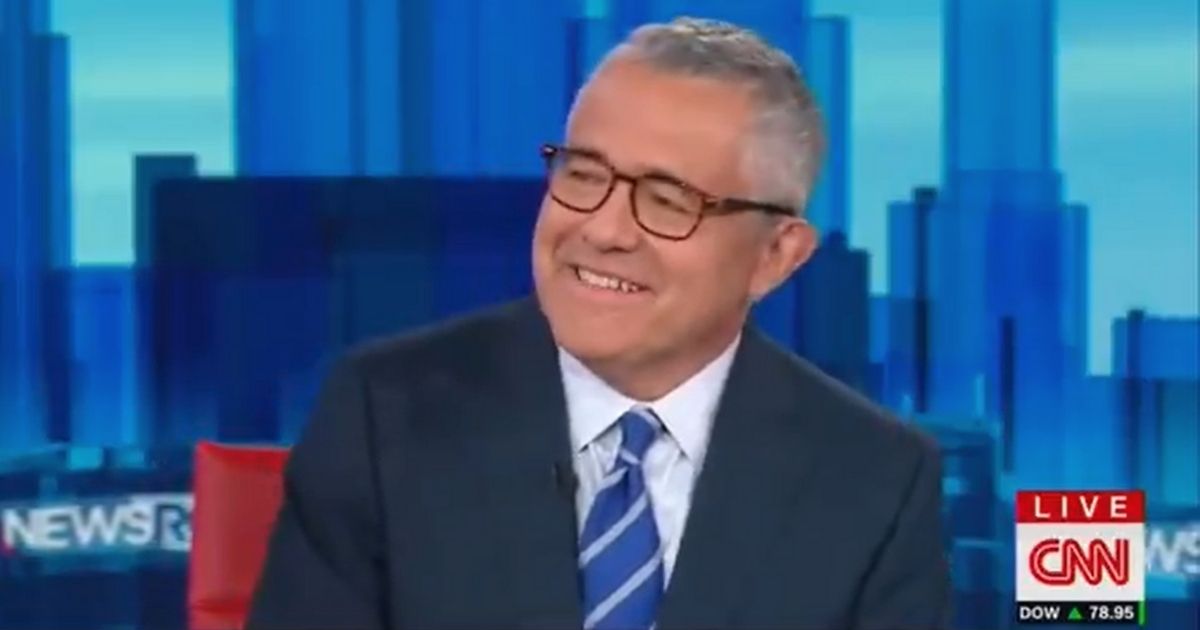 The following article, CNN Welcomes Jeffrey Toobin, Analyst Who Masturbated During Meeting with Colleagues, Back to the Air, was first published on Flag And Cross.

CNN host Alisyn Camerota welcomed Toobin back to his job at the network during an afternoon segment, addressing the elephant in the room by asking him to open up about the scandal that saw him disappear from the airwaves just before the 2020 election.

“You got it all right, sad to say,” Toobin responded.

“OK, so let’s start there. To quote Jay Leno, ‘What the hell were you thinking?’” asked the CNN anchor.

#BREAKING: Jeffrey Toobin RETURNS to CNN and will continue as their chief legal analyst despite having masturbated on a Zoom call. Speaking to Alisyn Camerota, he explains that he “wasn’t thinking very well or very much, and it was something that was inexplicable to me.” pic.twitter.com/898T7lbebH

“Well, obviously, I wasn’t thinking very well or very much. And it was something that was inexplicable to me. I think one point — I wouldn’t exactly say in my defense, because nothing is really in my defense — I didn’t think I was on the call. I didn’t think other people could see me.”

Toobin then described his behavior as “deeply moronic.”

“I thought that I had turned off the Zoom call. Now, that’s not a defense. This was deeply moronic and indefensible. But, I mean, that, that is part of, that is part of the story. And, you know, I have spent the seven subsequent months, miserable months in my life, I can certainly confess, trying to be a better person,” he said.

Toobin added that he is in therapy, working to be a better person and writing a book about the 1995 Oklahoma City bombing.

“I am trying to become the kind of person that people can trust again,” he said.

This interview was already weird as ever, but it got weirder when Camerota asked Toobin whether there will be any new “surprises.”

With a chuckle, Toobin says “[t]here are no surprises” out there, adding he’s “incredibly grateful to CNN for taking me back” pic.twitter.com/MRoWIunh2g

Following the news of Toobin’s explicit activities on the call last fall, he was let go from The New Yorker after nearly three decades following an initial suspension. He apologized at the time during a conversation with Vice.

“I made an embarrassingly stupid mistake, believing I was off-camera. I apologize to my wife, family, friends and co-workers,” he told the outlet of his decision to pleasure himself during working hours.

“I believed I was not visible on Zoom. I thought no one on the Zoom call could see me. I thought I had muted the Zoom video,” Toobin said.

Vice previously reported that Toobin had exposed himself during a meeting in which the outlet was discussing the then-upcoming 2020 election and various scenarios expected to play out ahead of the outlet’s coverage of the election.

Sources who witnessed Toobin’s behavior told Vice the incident occurred during a break from the meeting in which Toobin was playing the role of the courts in one election scenario.

“The sources said that when the groups returned from their break out rooms, Toobin lowered the camera. The people on the call said they could see Toobin touching his penis. Toobin then left the call,” Vice reported.

“Moments later, he called back in, seemingly unaware of what his colleagues had been able to see, and the simulation continued,” the report added.

Continue reading: CNN Welcomes Jeffrey Toobin, Analyst Who Masturbated During Meeting with Colleagues, Back to the Air ...

LOL…DemonRATS are perverts. Nothing to see here folks.

I guess he will be CNN’s “token” masturbator? The jerk is a liar as well, since he was seen by others on the zoom call to lower his camera to show his penis. If he thought he was off-camera, he wouldn’t have had any reason to “zoom” in on his penis.

This shows the quality of the CNN staff – especially their on-screen talking heads. But who wants to see CNN’s “little” talking heads?

A jerk off Man for a Jerk off Broadcast! Keeping their style going!

I take it he’ll soon have his own news show, named “Lubin’ with Toobin”?

He’s getting help and that’s good. He should be forgiven and given a 2nd chance.
Who is without sin, throw the first stone.