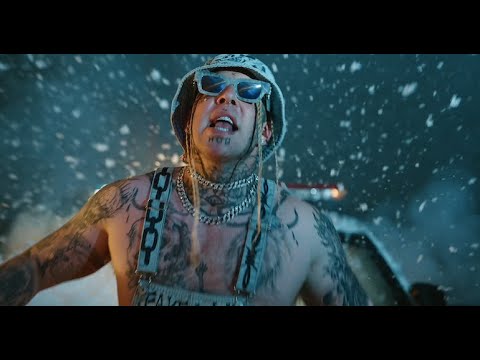 I’m not sure whether it’s maturity or age, but there’s a certain point where you stop caring about the ignorance and/or contempt you have for the artists at the top of the music charts. I’ve reached it.

A look at  the June 9 iTunes charts, as per PopVortex, actually didn’t repulse me as much as I thought it would. The chart measures paid downloads, not streams. Korean boy-band BTS is there — as they always seem to be — with a track called “Butter.” The latest Disney product, Olivia Rodrigo, has a few songs on there which, you may not be surprised to know, I’ll not be listening to. Dua Lipa and The Weeknd, neither of which I mind, both made the top 20.

You may be unfamiliar with the artist at the top, however, a Canadian rapper named Tom MacDonald. His song “Snowflake” is at No. 1 — and it’s definitely not your average left-friendly song.

As you can probably guess by the title, MacDonald takes liberal snowflakes and skewers them badly.

The refrain says it all: “Y’all are so fake, oh no / The forecast said that there’d be snowflakes, whoa-oh / You can’t make us see it your way, no way, gasoline and propane / More flames, oh no / No more snowflakes.”

In one couplet, MacDonald manages to be both pro-gun and pro-life: “You think taking guns away will save our kids from the killings / But your pro-choice abortion kills way more children.”

In another part of the song, MacDonald goes off on the hollow and contradictory nature of liberals’ obsession with race and privilege.

“I hear ’em preaching at a protest that hatred’s the problem / But hating straight men, white folks, and Christians is common,” MacDonald sings.

And then there’s woke capitalism: “Coca Cola telling people they should be less white / They preaching tolerance but if you disagree, they fight.”

Here’s the video, which has had more than 4.5 million views as of Wednesday after being released on Friday.

And then there are race, elections and priorities: “There’s a race war here, elections based on fear / Black lives only matter once every four years / Soldiers died for this country and every one of us benefits / Give welfare to the bums and forget about the veterans.”

Politicians? “If you lie to the government they’ll put you in prison / But when they lie to all of us it’s called being a politician.” Immigration? “If America’s so terrible and racist / It probably isn’t safe to encourage immigration, just saying / All the contradictions are embarrassing.”

And the patriotic kicker before the chorus: “Ashamed to be American? OK, that’s cool / ‘Cause honestly, we are all ashamed of you, too.”

“I woke up to see ‘Snowflakes’ still #1 on the charts. Songs like this arent supposed to top charts,” MacDonald tweeted Monday.

What’s interesting, as Just the News notes, is that MacDonald is not even an American citizen, though he now resides in Los Angeles, according to his SoundCloud.

Then again, even beyond the fact this is currently his country of residence, it’s worth noting that America is a surrogate for how many feel about the state of the West right now. And MacDonald has taken on the role of surrogate spokesman.

Of course, there are liberal detractors, including a Twitch streamer who became momentarily famous when he went after MacDonald.

“Tom macdonald thinks he’s hard cause he can voice opinions that everyone already has and put it on some beat fetishism. Snowflake is dogs*** and the video is even worse,” wrote the user, named Neesh. “Sincerely a person with half a brain and ears. P.S Youre a p***y.”

While there’s a lot of this floating around, that’s to be expected — particularly when this kind of aggressive pushback against the left is a rarity in the entertainment industry.

What’s telling is that when it happens, people not only get upset, people listen, too. And people are clearly listening to Tom MacDonald — music that plays to a rap beat, and a message that’s rare enough in the popular culture today.

He’s beating stars like Olivia Rodrigo, BTS and The Weeknd in downloads. He’s amassing more than 4.5 million views in just a few days on YouTube.

4 MILLY in 4 DAYS! Not only is the song “controversial” by today’s standards…I think it’s the first rap video to feature a trans woman. SERIOUSLY SHOCKED THIS VIDEO IS STILL ON THE INTERNET

Let’s be clear that that that isn’t solely on the strength of the music. Not to say that this is a bad song — it’s actually quite good — but the real takeaway is that people are dying for entertainment that shares their values.

Given that, I doubt this’ll be the last time you hear the name Tom MacDonald. Perhaps there’s still reason for a fogey like me to pay attention to what’s at the top of the charts, after all.

As he pointed out: “Black folks and white folks divided by the news / But we’re all the same, we are red, white, and blue”