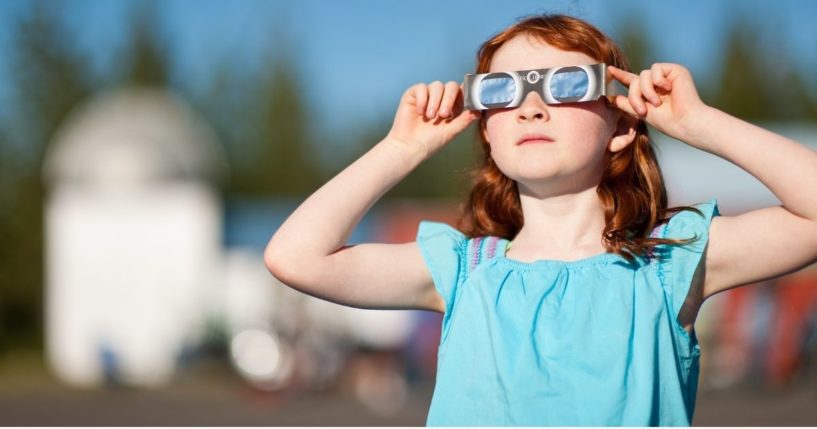 The following article, The Rare 'Ring of Fire' Eclipse Will Be Visible for a Short Window Tomorrow, was first published on Flag And Cross.

Back in 2017, I drove hours to rural Idaho to witness the last total solar eclipse to visit the U.S. When I watch the video I made, I’m a bit embarrassed because I kind of lost my mind.

The most amazing thing was that because I was within the 70-mile band where the eclipse was total, for about three and a half minutes, I could actually watch it with the naked eye.

It was one of the most amazing, surreal moments of my life.

It got dark, the animals grew quiet and it got surprisingly cold.

And, I could see the sun’s corona, which is usually invisible. It was breathtaking.

The solar eclipse expected to appear tomorrow morning in the Northern Hemisphere will feature a rare “ring of fire,” a phenomenon that will occur when the moon passes between the Earth and the sun, according to CBS News.

NASA reported that unless you live in parts of Canada, Greenland, the Arctic Ocean or Siberia, you won’t experience the total eclipse.

IMPORTANT: Because it won’t be a total eclipse in the U.S., you must not look at it directly with the naked eye. Sunglasses will be of no help. The only safe way to actually view it is through a solar filter, or “eclipse glasses.”

The sun will experience its partial eclipse at 6:53 a.m. EDT, according to CBS, so only the eastern half of the U.S. will be able to see it.

If you have solar filter eyeglasses, you can look to the northeast at that time to experience the partial eclipse. Otherwise, do not look up, but rather enjoy the sudden darkness and drop in temperature.

NASA estimates that there is one total solar eclipse approximately every 18 months, but they usually happen over the ocean.

They are a breathtakingly beautiful astronomical phenomenon that occur when the moon’s orbit brings it directly between the sun and Earth.

But because the moon is so much smaller than the earth, only a very small part of its shadow falls on the earth. Fortunately, it is a lot closer, which helps increase its size.

There is a small band on the earth — about 70 miles wide — where the totality of the eclipse allows a person to observe it with the naked eye for a few minutes. In 2017, I was able to see it for three and a half minutes.

Next Full Eclipse in the U.S.

The next full solar eclipse that America will experience won’t occur until April 8, 2024. The total eclipse will start in Texas, then make its way diagonally over Ohio before ending in Maine.

Be sure to put this date in your calendar, and make plans for a road trip.

It’s an experience you won’t want to miss.

Continue reading: The Rare 'Ring of Fire' Eclipse Will Be Visible for a Short Window Tomorrow ...