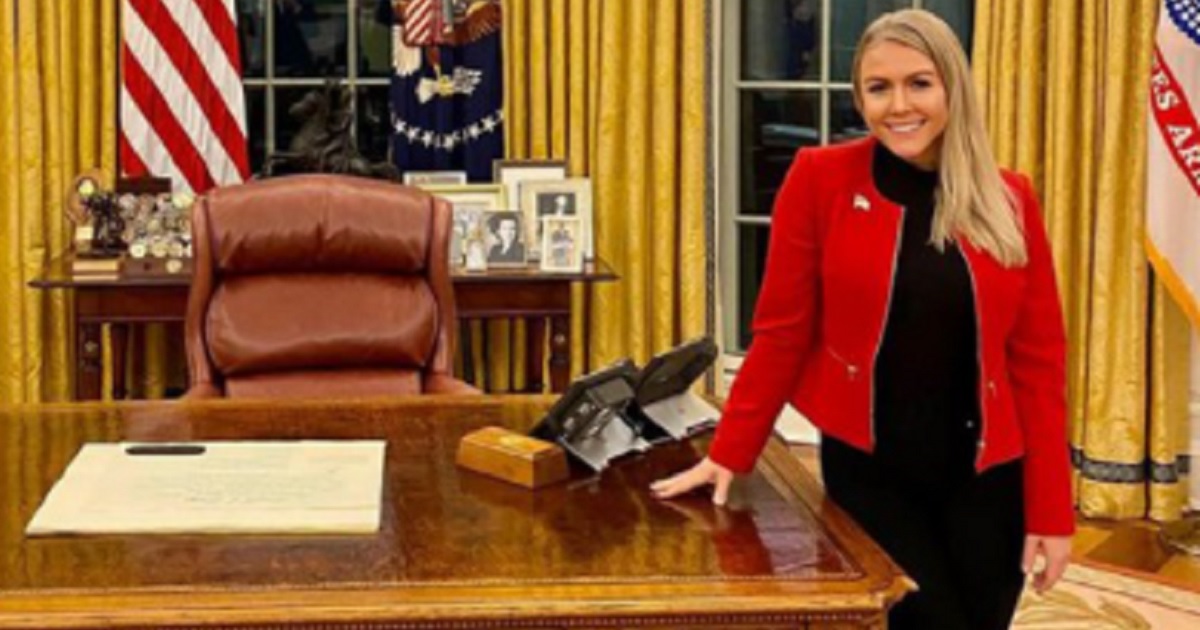 Karoline Leavitt recently left her position as Rep. Elise Stefanik’s spokeswoman to return to New Hampshire to work at her family business and told the NH Journal that she is considering becoming a candidate in 2022.

“I moved to Washington to serve President Trump, not to make a career as a Washington ‘swamp creature,’” she said.

“It has always been my intention to move back home and get involved again in New Hampshire. I’ve been encouraged by many mentors and colleagues to explore a run for Congress in the upcoming midterm elections.”

She added, “I’ve also heard from small business owners and fellow Granite Staters who are looking for a strong, young conservative fighter who truly cares about our state as much as they do.”

New Hampshire is my home. I moved to Washington to serve President Trump and the American people, not to become a swamp creature. It has always been my intention to move back, and I’ve heard from many Granite Staters who are looking for a young, conservative fighter. #NHPolitics https://t.co/xQ35ZrrUke

Prior to becoming the White House assistant press secretary, Leavitt worked as an assistant producer at WMUR-TV in Manchester, New Hampshire. She is a graduate of New Hampshire’s St. Anselm College.

Leavitt turns 24 in August. If elected, she would replace 25-year-old Rep. Madison Cawthorn of North Carolina as the youngest person in Congress.

Neil Levesque, the executive director of the New Hampshire Institute of Politics at St. Anselm, said that although Leavitt is young, she has accomplished a lot.

“Karoline was an excellent student, very engaged, and with a strong grasp of politics — as well as public relations and media,” Levesque told the NH Journal.

“And just look at what she’s done since she left. Working in the White House, spokesperson for the third-ranking Republican in the House. It’s impressive.”

Stefanik herself was just as complimentary.

“Karoline did great work on behalf of the American people in the White House and in my congressional office,” Stefanik told NH Journal. “Her future is bright.”

In November, then-White House press secretary Kayleigh McEnany told the Eagle-Tribune of North Andover, Massachusetts, that Leavitt “is a standout talent on the press staff and has exceeded any and all expectations.”

In early May, Leavitt made headlines of her own after her Twitter account was suspended during the debate among House Republicans over removing Rep. Liz Cheney from House leadership and replacing her with Stefanik — for whom Leavitt was the spokeswoman, according to the NH Journal.

“I worked close to a 20 hour-day Wednesday — for obvious reasons — and I was winding down late last night on Twitter,” Leavitt told the publication in an article published May 6.

“I sent a tweet about Rep. Stefanik appearing on Steve Bannon’s podcast, and I also tweeted out a message from President Trump. I guess that’s enough for Twitter’s algorithm to shut down your account.”

Twitter eventually contacted her and told Leavitt that her suspension was a “mistake,” the NH Journal reported.