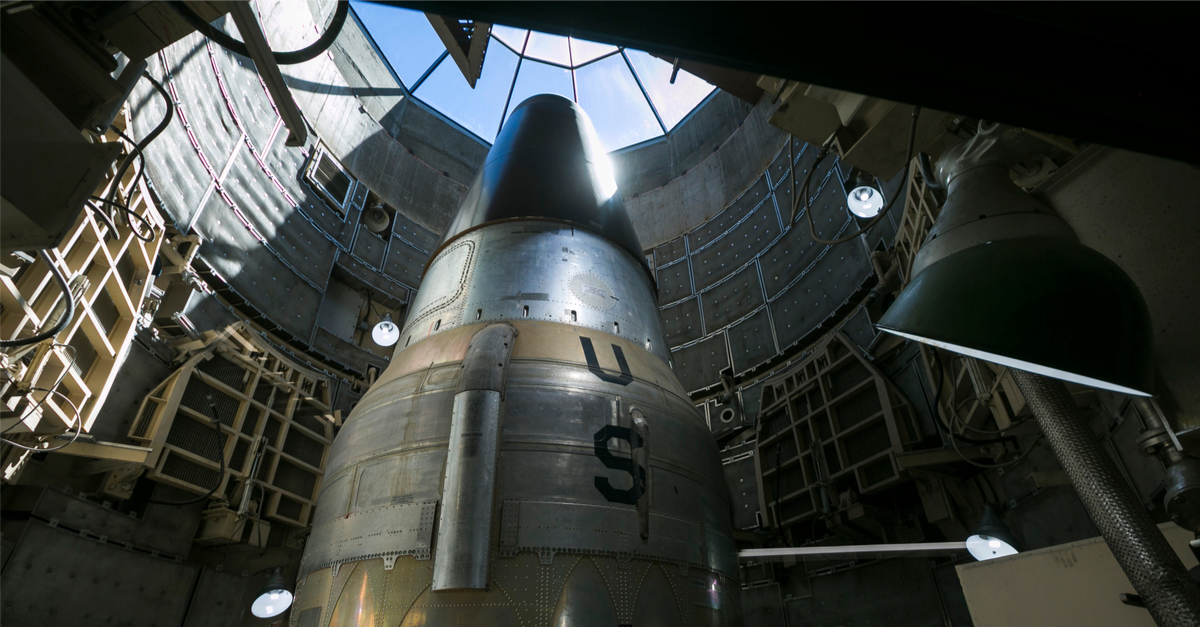 The following article, Pentagon Whistleblower: UFO’s Tampered with US Nuclear Weapons, was first published on Flag And Cross.

Years ago, this would be the sort of claim that would see you involuntarily committed to the nearest mental health facility, but with only a few weeks left until the Pentagon releases a major report on their UFO research, it just seems like par for the course.

At the end of this month, the Department of Defense will provide Congress, (and likely the general public), with a detailed analysis of its research into the subject of UFO’s, which they’ve long referred to as “UAP’s”:  Unidentified Aerial Phenomenon.  While some have suggested that the report could be inconclusive at its end, there are likely plenty of alarming tidbits in there as well.

Now, one whistleblower from the Pentagon is sounding the alarm on a hair-rising series of incidents that could explain why our military is taking these aircraft so seriously.

The revelation comes ahead of the release of an unclassified report on unidentified aerial phenomenons (UAPs) observed by US Navy pilots, which is expected to be submitted to Congress later in June.

“Now in this country we’ve had incidents where these UAPs have interfered and actually brought offline our nuclear capabilities,” Elizondo said in an interview.

While some may deem the incidents to be “something that is peaceful,” there is data suggesting that UFOs have meddled with other countries’ nuclear technology and “actually turned them on, put them online,” the expert said.

One of the main points of the coming report is that these devices are certainly not secret US technologies, and that the Pentagon does not believe that they are of Chinese or Russian origin either.

The DOD will not likely declare them to be extraterrestrial, however.