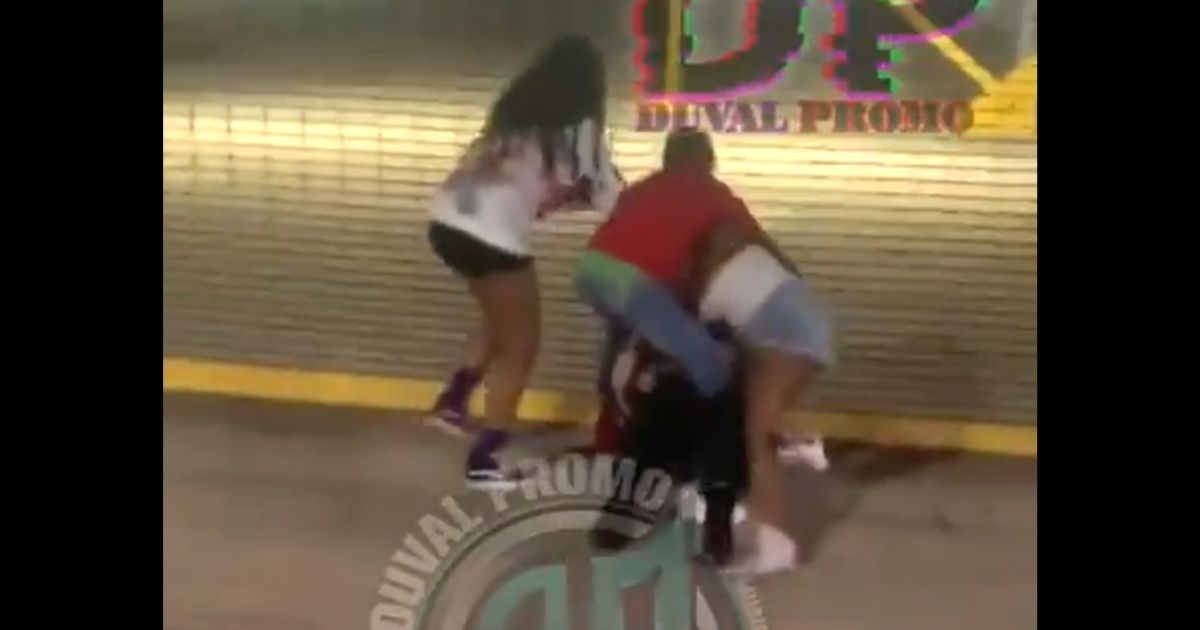 The following article, Lone Officer Races to 'Shots Fired' Call, Gets Jumped After He Arrives as Crowd Laughs and Films, was first published on Flag And Cross.

A Jacksonville, Florida, police officer found himself terribly outnumbered by an angry mob yet never once pulled his gun or wavered from his duty. Where is the anti-police crowd now?

The fact is that their narrative — that all police officers are evil, bloodthirsty racists — doesn’t square with the truth in light of what happened to this brave officer.

According to WTLV-TV, the unidentified officer was responding to a call of shots fired in the Brooklyn section of the city Thursday when he came upon a crowd congregating near a parking garage.

As he was attempting to apprehend one of the suspects, the man resisted arrest. When the officer persisted, a woman rushed in and knocked the officer to the ground.

Fraternal Order of Police President Steve Zona said the police officer was “fine” and that an arrest was made but things could have been so much worse.

“Every police officer sees what’s going on around the country,” Zona told the news outlet.

“And you know, it’s not if it’s gonna happen, it’s when it’s gonna happen. And we just got a little taste of that where you’re alone by yourself trying to do good things for the community and it results in somebody attacking you, and now you’re surrounded,” he said.

“We’re just thankful nobody else in that crowd joined in and attacked our police officer, but we’re also disappointed that they didn’t help,” Zona said.

The incident was caught on video and posted to social media by an account called Duval Promo, though the sheriff’s office wouldn’t confirm the authenticity of the footage.

“Jacksonville Sheriff Officer got jumped last night & no one was shot,” the clip was captioned.

WARNING: The following video contains violence and vulgar language that some viewers may find offensive.

Jacksonville Sheriff Officer got jumped last night & no one was shot

At the end of the video, a person can be heard saying, “They beat his a** and I recorded it,” followed by laughter.

While the officer had his rifle slung over his shoulder, he did not use any weapons in the scuffle even though it would have been appropriate in that scenario.

He was surrounded by many people who appeared to be egging on his attackers, or at least unwilling to do much to stop the assault.

“I would have put my back against the wall and kept them off of me whether it be with a taser, pepper spray,” Kim Varner, a former officer with the Jacksonville Sheriff’s Office, told WTLV.

“Whatever method I had to use — kept them off me until some backup arrived.”

According to WJAX-TV, the officer was responding to the call alone because he “didn’t want to wait” while there was an active shooter or shots fired situation.

This officer found himself in the same situation as the majority of men and women in law enforcement who are out on the streets doing the best they can to protect, serve and survive.

Like his colleagues, he courageously ran toward danger and risked his own life and safety in order to keep the streets safe for others — and he probably considers it all in a day’s work.

The anti-police crowd ignores stories of heroism like this one because it doesn’t further the cause of defunding or disband police forces.

They insist that minorities are only safe when police are off the streets, though the reality is that cops are the only hope for stopping gun-toting thugs from prowling city streets and hunting citizens of all races.

This incident had a happy ending for the good guy and justice for at least one criminal, but there was no guarantee it would have gone that way.

Still, there was a police officer willing to put his life on the line to protect others — which won’t be the case if the anti-law enforcement left gets its way.

Continue reading: Lone Officer Races to 'Shots Fired' Call, Gets Jumped After He Arrives as Crowd Laughs and Films ...