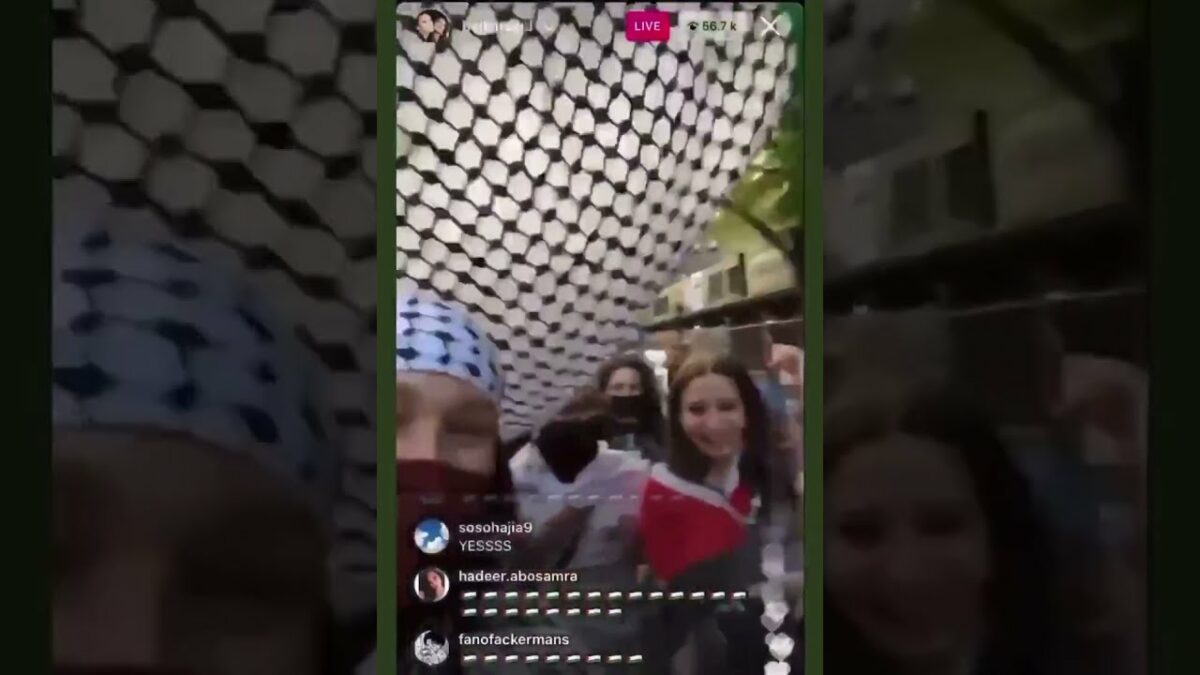 The following article, Anti-Israel Model Thinks She Has a Point with Post About 1939 'Palestine' Soccer Team – Doesn't Realize All the Players Are Jewish, was first published on Flag And Cross.

Model Bella Hadid has been one of the most vocal celebrities to weigh in on the Israeli-Palestinian conflict. It’s a shame she doesn’t seem to know too much about it.

Last month, Hadid, whose father fled from Palestine during the 1948 war, made news last month when she showed up at a pro-Palestinian protest in New York City, sharing pictures and videos from the event. The protest came in the midst of the conflict between Israel and Hamas.

“The way my heart feels.. To be around this many beautiful, smart, respectful, loving , kind and generous Palestinians all in one place… it feels whole ! We are a rare breed!!,” a caption on her Instagram read, according to CNN. “It’s free Palestine til Palestine is free!!!”

It’s a bit more serious than that, given that Hadid allegedly chanted, “From the river to the sea, Palestine will be free” — an anti-Semitic slogan that calls for the elimination of the Jewish state. Her activity drew an official rebuke from the state of Israel.

But at least she’s educated about the subject. On Monday, she seemed to challenge those who would say that Palestine is an invented construct by tweeting photos of the 1939 Palestinian soccer team during its match against Australia.

Well, consider the conservatives duly owned. One little problem, however:

Bella Hadid posts a pic of the all Jewish football team in Mandatory Palestine. The stupidity is unbelievable! pic.twitter.com/aIVi1o8nrO

Yes, the soccer team she was celebrating just happened to be all-Jewish and the reason it was called “Palestine” was that this was during the time Israel was under the British mandate of Palestine.

Super work on that research. Israeli-Arab activist Yoseph Haddad explained this was actually a team called Maccabi Tel Aviv, composed of all Jewish players with Hebrew lettering on their uniforms.

Wow..@bellahadid continues to brainwash the minds of millions around the world with lies about Israel and distorting history, but this time she broke records … of stupidity! Watch! pic.twitter.com/SWXVZToqy8

So, yes, this was an all-Jewish team with Hebrew on their uniform from a game back when “Palestine” was a British territory.

And the case gets worse from here:

3 anthems were played before each match: the British “God Save the King”, the Jewish anthem Hatikvah, & the opposing sides anthem. Here is the teams flag too pic.twitter.com/Uy70jsLgcZ

That’s Ari Ingel, director of Creative Community for Peace, noting that three anthems were played before every Maccabi Tel Aviv game: “God Save the King,” the Jewish anthem “Hatikvah” (which, according to The Algemeiner, became Israel’s national anthem) and the opposing team’s national anthem. But, yes, this makes a good case for Palestinian autonomy.

Bella Hadid is truly one of the dumbest people alive. Every member of the British Mandate Palestine football team was Jewish. pic.twitter.com/PqaMhJ62w0

The stupidity is astonishing. Does she actually not know or is she willfully lying? https://t.co/lZctfk8R5V

According to Elle, Hadid’s Instagram stories read, at one point, “Don’t trade your authenticity for approval.”

She didn’t. However, the reason why she’s not receiving any approval isn’t that she defended an unpopular cause. Rather, it’s that she defended a cause she knew nothing about. When Israel’s enemies in Hollywood are this ridiculous, who needs friends?

Continue reading: Anti-Israel Model Thinks She Has a Point with Post About 1939 'Palestine' Soccer Team – Doesn't Realize All the Players Are Jewish ...